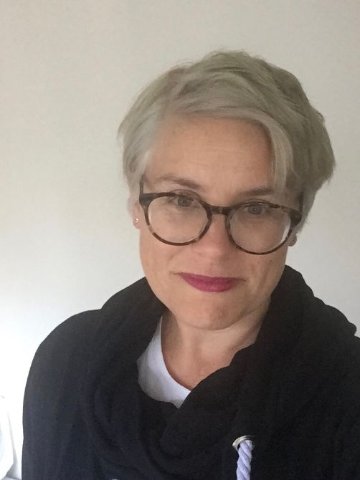 The 2019 winner of a national award recognizing an emerging female playwright penned a piece about “the strength and resilience of women,” in the author’s words.

The American Theatre Critics Association (ATCA) has honored Stephanie Alison Walker with the Francesca Primus Prize. An ATCA committee chose Walker from three finalists. In addition to Walker, they are Jennifer Barclay, for her play, Ripe Frenzy, and Ifa Bayeza, for her piece, Benevolence. Walker wrote The Madres, which earned her the prize. The award’s namesake was a playwright, dramaturg, theater critic and ATCA member. She died of cancer in 1992. The prize includes a $10,000 honorarium from the Primus Foundation.

In Walker’s piece, the playwright flashes back to 1978 and Argentina’s “Dirty War.” Specifically, the play echoes the stories of the “Mothers of the Plaza de Mayo.” Their protests “against Argentina’s repressive and murderous military dictatorship raised the consciousness of the world about those activists ‘disappeared’ by the government,” according to an ATCA press release.

In particular, Reid said that “there were so many fine plays, including the finalists, that asked us to look at the personal costs of political and politicized violence and upheaval.” But what struck committee members was “how Walker’s play explored the history of the ‘desaparecidos’ through a lens that brought that history into painful intimate focus and also showed us the women who resisted and bore witness to the horrors of Argentina’s ‘dirty war.'”

“At its core, The Madres is about the strength and resilience of women,” Walker said. “When I wrote it in 2015, people would say, ‘Isn’t it sad what happened there? What a shame.’ The shame is how relevant Argentina’s history is to America in 2020 and how we refused to believe it could ever happen here just as the Argentine people didn’t believe it could happen there.

Walker continued: “I’m writing this on a day in which President Obama just called for ‘sustained, peaceful protest.’ We have the courageous example of the Madres and the Abuelas de Plaza de Mayo in Argentina—who have sustained their protest for over 40 years—to show us how.”

Walker said that hopefully, folks will “learn the truth about what happened when a country disappeared 30,000 of their own people. I’m hopeful the story will inspire people in this country to action.” Specifically, “to march, to organize, to vote.”

Speaking of the present, at least one critic noted that The Madres reflects what is happening today. “There are parents now — right now — who have had their children taken from them for political reasons and who are desperate for their children’s return.” Elizabeth Cobbe, of The Austin Chronicle, made that observation in her review. Also, she wrote that, “The Madres is a successful play because the human moments of back and forth, of hope and despair, of arguing over life and death and then also over the proper way to dust a bookshelf, paint a picture of what it means to live through a personal tragedy that takes years to unfold. Our everyday squabbles and joys don’t disappear.” Rather, “they oddly coexist with the new reality of losing a loved one.”

Meanwhile, Time Out Chicago’s Alex Huntsberger wrote: “Until the day that history delivers us an oppressive dictatorship perpetrated entirely by women, studies in fascism will innately double as studies in misogny. In her new play The Madres, playwright Stephanie Alison Walker makes this link explicit.”

While Walker received the Francesca Primus Prize for The Madres, committee chair Reid praised all three finalists. They are “notable not just for the strength of their writing, but for the way each of their plays, in different ways, address the question of how we go on in the aftermath of great violence,” Reid said. Walker and Ifa Bayeza, who wrote Benevolence, “both use a historical lens in examining violence as a tool of racial and political oppression.” In Bayeza’s case, the backdrop is the killing of Emmett Till.” A mob lynched the 14-year-old Till in 1955, following an accusation that he offended a white woman.

Jennifer Barclay was a finalist for writing Ripe Frenzy. The piece takes place “in a small town whose high school is famous for doing more productions of Our Town than any school ever. The work re-imagines (Our Town) as the framework and background for a school shooting, told from the viewpoint of the mothers of the town. Despite the grim underpinnings, I think all three plays are also remarkable for the great empathy they bring while shining a light in these dark corners,” Reid said. She leads the Primus Prize committee, which also comprises ATCA members Marianne Evett, Eva Heinemann, Michael Howley, Wendy Rosenfield, Nicole Serratore, and Catey Sullivan.

ATCA has existed since 1974. The organization works to raise standards and public awareness of the functions and responsibilities of theater critics. It is the only national association of professional theater critics, with more than 200 members working in print, broadcast, and online media.

In addition to the Francesca Primus Prize, ATCA presents other awards. They include the Harold and Mimi Steinberg/American Theatre Critics Association New Play Award. It grants $40,000 annually to recognize the best plays that premiered professionally outside New York City. Also, ATCA presents the M. Elizabeth Osborn Award. It honors emerging playwrights. Additionally, ATCA members recommend an annual candidate for the Tony Award for Regional Theatre presented by the American Theatre Wing/Broadway League, and vote on the yearly inductions into the Theater Hall of Fame.