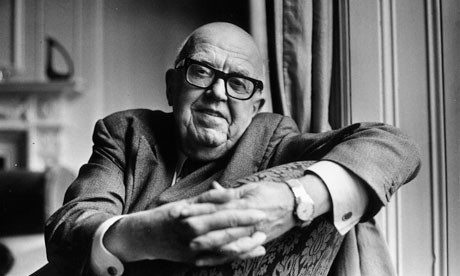 If you've read C.P. Snow, or your neurons have read him, then you, or they, should know that the author’s real subject is loneliness. It underlies relationships and is the address at which we live. The two camps, science and the humanities-- the one with a low comfort level for the zeitgeist, and the other given prizes-- are only Snow’s apparent distinctions. The observing sensibility is where the interest lies, the one of the artist, and in this case, the writer. But anyway, were the others-- the characters in either of the two cultures-- to think they were not themselves but occupied, or beings led by chance, fate, or hostile or indifferent neurons, we would have no novel, no art, and no understanding. Alienation is the subject, and pained awareness. They seem intrinsic to modern humans. If they seem less in the camp of science, that is because scientists are driven by goals the institution, or the sate, values, and on which it bestows its greatest treasure and medals. But scientists, too, are human individuals.

There is a school in the novel called Naturalism, and under that outlook, characters are powerless and led to their fates by the cosmology of punishment and indifference. Novelists who practice art in that movement believe the universe is hostile and cold, and that humans have no means by which we may oppose it, or change our fate. A healthy stoicism would be, in that situation, or belief system, the supreme virtue.

That outlook resides not in a vision of the skull lit and agitated by neurons. And I’m sure that crossword puzzles figure not at all.

The great satirist Jonathan Swift, in "Gulliver's Travels," has a planet where scientists are trying to squeeze sunbeams out of cucumbers, or something like, perhaps to harness energy, or prove the existence of sunbeams, and that sounds to me like your current attempt to find the ghost in the machine, i.e., out of the soup of neuronic impulse to tease the dumpling self.

The language of philosophy is not a dead language. And a pronoun is a pronoun.

What is the self? Who or what is the subject so invested in me? When I say, “I,” what do I mean? I think, I want, I’m hungry for fried green tomatoes, which by the way, I think I hate. Do I mean a neuronic construct, as some would say-- meaning, you? Of what use is it to substitute, my neurons think, my neurons want, my neurons are hungry, and to conclude that is my neurons who crave a burger, cole slaw and fries? Or to say that truth is the apparatus neurons light.

We have a subject. It is I. It is worthy by convention, it is seated in the psyche. It lies within the edifice of desire, and on the map of knowledge. It is of the most expressive construct humanity has, language.