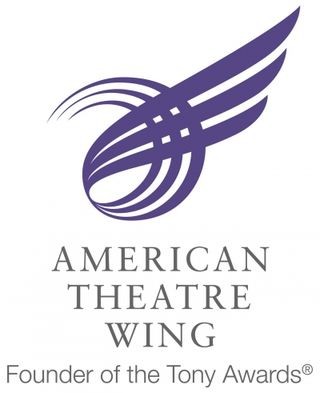 Grants for the 2012 cycle in the amount of $10,000 each will be distributed for general operating support to these companies which, according to grant guidelines, have been in operation at least five, but not more than fifteen years, have articulated a distinctive mission, cultivated an audience, and nurtured a community of artists in ways that strengthen and demonstrate the quality, diversity, and dynamism of American theatre.

"For the third year in a row, our national grants committee was astounded by the breadth and depth of the work being done by non-profit theatre companies around this country. This year’s awardees cover the entire span of the United States and demonstrate the uniqueness, courage, and creativity that is the heart of the American Theatre,” said Lucie Arnaz, Chair of the Grants Committee. “These companies prove, once again, that great theatre isn't just on Broadway between 40th and 50th streets, but that Broadway is a road that is 3,000 miles long."

“Congratulations to this year’s 10 recipients of the National Theatre Company Grants.  All of us at the Wing are very proud to recognize your outstanding work,” added Executive Director, Heather Hitchens. “It is just one more indication of the exciting and vital theatre that is being created, produced, and presented all across the country.”

The American Theatre Wing has long shown its dedication to not-for-profit theatres through its Theatre Company Grants Program. After many years during which eligibility was restricted to New York City companies, 2010 marked a significant change in the granting of The Wing, resulting from extensive review by the organization’s Board of Trustees.  The ATW Grants have distributed some $3 million dollars over the past 55 years.  For more information on the ATW’s National Theatre Company Grants, visit: americantheatrewing.org/grants/

.In 2012, the American Theatre Wing (William Ivey Long, Chair, Board of Trustees; Heather Hitchens, Executive Director) is celebrating 95 years of service to the American Theatre. For nearly a century, the mission of the Wing has been to serve and support the theatre by celebrating excellence, nurturing the public's appreciation of theatre, and providing unique educational and access opportunities for both practitioners and audiences. Traditionally, ATW has done this by encouraging members of the theatre community to share their off-stage time and talent directly with the theatre audience at large--whether it was singing for the troops in the Stage Door Canteen of the 1940's, or sharing their stories on a podcast today.  Best known for creating The Antoinette Perry "Tony" Awards®, now presented with The Broadway League, ATW has developed the best-known national platform for the recognition of theatrical achievement on Broadway. Yet ATW's reach extends beyond Broadway and beyond New York, with educational and media work that offers the very best in theatre to people around the world.  In addition to its various media programs and a host of other online resources, The Wing sponsors many activities, all dedicated to recognizing excellence and supporting education in theatre.  These programs include the Theatre Intern Group, a career development program for young professionals; SpringboardNYC, a two-week college-to-career boot camp for young performers moving to NYC; and the Jonathan Larson® Grants, given annually to honor emerging composers, lyricists and book writers.

Visitors to americantheatrewing.org can listen to, watch or download from ATW’s extensive media collection, and learn more about all of its programming for students, aspiring and working professionals, and audiences who want to learn more about the making of theatre. Follow ATW on Facebook.com/TheAmericanTheatreWing and Twitter.com/TheWing.

Actors’ Shakespeare Project believes Shakespeare’s words are urgently relevant to our times. An ensemble of resident company members in Somerville, Massachusetts, the company brings Shakespeare’s words into the voices, bodies, and imaginations of its actors, audiences and neighborhoods. These projects inspire civic dialogue, build relationships between people, strengthen communities, and reveal something about what it means to be human here and now.

ArtsWest’s mission is to produce artistic events so compelling that they require conversation, improve the imagination, and promote cultural vibrancy as a core value for the communities of Seattle, Washington.

Know Theatre of Cincinnati creates explosive and evocative live entertainment in the heart of Cincinnati, Ohio. The company envisions a world awakened to its collective possibility, and values a playful artistic community where artists can collaborate and grow.

NC Stage Company in Asheville, North Carolina, produces plays that celebrate and examine the human spirit and experience. The company works with great attention to detail and presents work in an intimate theatrical setting in an effort to change audience’s expectations of art and theatre.

The New Jersey Repertory Company’s mission is to develop and produce new plays and to make a lasting contribution to the American stage. The theater is committed to nurturing the work of not only established writers but new and unknown playwrights as well, and maintains an open-submission policy.

CityRep serves Oklahoma City, Oklahoma’s diverse artistic, educational and civic needs by providing dynamic professional theatre. The company’s goal is to be a vibrant regional theatre that is vital to the cultural, educational and economic life of Oklahoma, and seeks to “Entertain, Enlighten and Inspire!”

The Rogue Theatre’s mission is to create the highest quality theatre possible, challenging, stretching, and invigorating the community. Located in Tucson, Arizona, the company presents plays which offer complex and provocative points of view related to important social, political, and personal issues.

The Play Company located in New York City, is dedicated to advancing an international view of contemporary playwriting. The company was formed to address the community’s lack of access to plays from other parts of the world, and to promote theatre as a means to engage with the ideas, issues and artists that shape our time.

The Theatre @ Boston Court in Pasadena, California, produces passionate, artist-driven theatre that challenges both artist and audience.  The Theatre @ Boston Court urges its artists to fearlessly and passionately pursue their unique voice and vision, and focuses on nurturing playwrights and new play development. Play selection encompasses a wide variety of genres, with a special emphasis on works which are inherently theatrical, textually rich, and visually arresting.

Upstream Theater is a professional production company dedicated to presenting new works and the inventive staging of classic plays, with a special focus on joint ventures involving artists from other countries. The company offers St. Louis, Missouri a theater that is spiritual and sentient, witty and engaged, multilayered and syncretic.