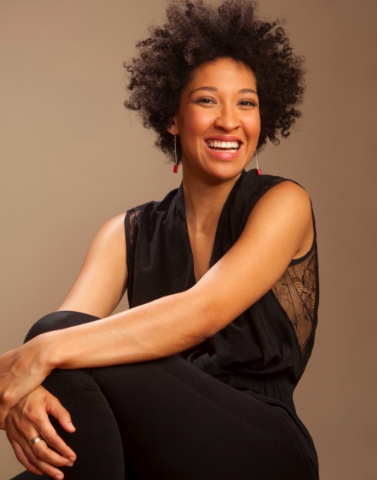 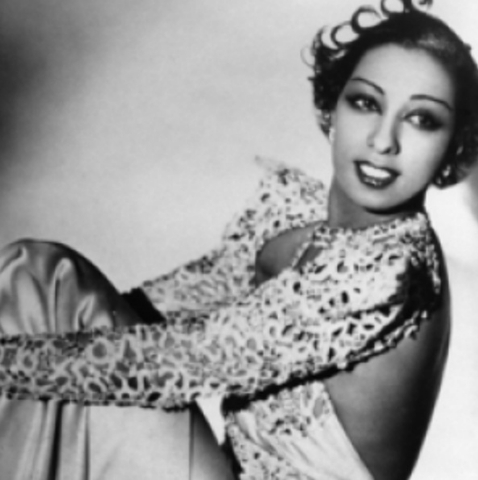 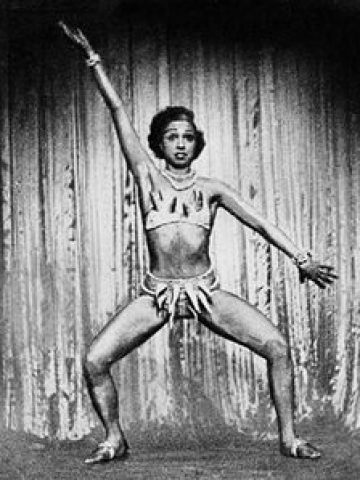 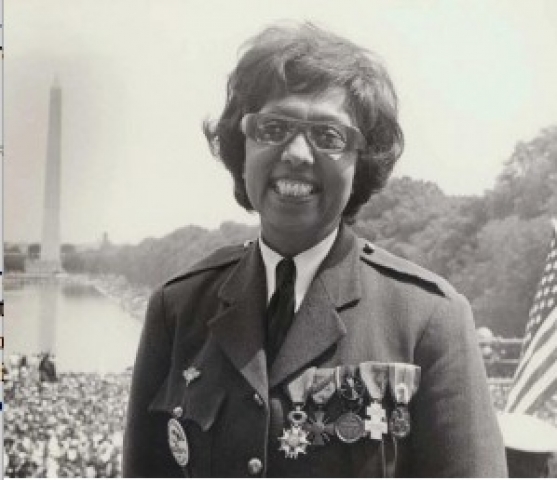 Baker at the March on Washington

Julia Bullock goes inside Josephine Baker. Barefoot and swathed in a form-fitting black dress to confirm her own skin color, not in Josephine’s usual white, Bullock in her vocal tones and the questions etched on her face, takes us deep into the artist.

Bullock is a winner of the Young Concert Artists Competition and now seamlessly combines jazz and classic. Although she is called a soprano her range is wide. As Baker, she digs into that rich lower part of her range, going into her heart to suggest the suffering Baker endured.

Born into poverty in St. Louis, Baker followed the beat in her soul to dance, sing and entertain wherever she went. Telling us of her own origins in St. Louis, Bullock then reads from a text based on Baker’s own words and edited by Claudia Rankine. Always words evoke both the stabs of racism and the joy of the dance. Baker danced her way out of St. Louis and across the Atlantic. Bullock will perform a deconstructed Charleston, with hand movements out of Africa and the familiar Baker butt thrust.

Bye Bye Blackbird, the first song Bullock sings, was written in 1928, Josephine Baker’s time. She had been in Paris for two years and was queen of the world. When Baker later participated in the American civil rights movement, the song would be thrown back at her as a taunt by segregationists. Although Baker was best known as an entertainer, Coretta Scott King asked her to take over leadership of the civil rights movement after her husband was shot.

Baker lived in Paris to achieve her ambitions, yet she wrote that the most touching moment of her life was standing in front of the Lincoln Memorial in Washington, DC.

With an instrumental score written by Tyshawn Sorey, resident composer at the International Contemporary Ensemble, Bullock sang five other songs. Bullock holds the final note of a phrase for a tantalizingly long moment, just as Baker did.

One song suggests the high energy and exuberance that were part of Baker’s attraction. Yet we are most often in a dark place, where Baker struggled from birth on to find a place in white America. Langston Hughes’ father told him to go to Europe where a black man could be a man. Hughes returned to America and Lincoln University because he could not separate from his birth home. Baker tried coming home to America, but could not stay here.

Sorey composes to capture the jazz rhythms of the times, but often adds dissonance and even harshness to evoke the pain Baker experienced. Even the combination of flute, saxophone and bassoon arrest the ear in its unusual texture.

As a performer, Sorey sits at the piano and brushes a nearby drum, picks up a recorder, and then leaps to the giant bass drum to produce almost funeral booms. Jennifer Curtis on the violin would launch a line from Bullock, or accompany her with yearning and suffering. The electric guitar was strident as Bullock pressed forward. No emphasis was obvious, but rather a subtle underlining of the collaboration between the ensemble and singer.

Baker was a woman of many parts and Bullock catches them. She particularly expresses what black critic Albert Murray calls swinging elegance. She captures the pain in the blues. Hello blackbird.