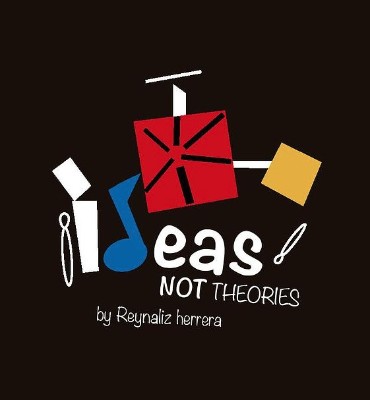 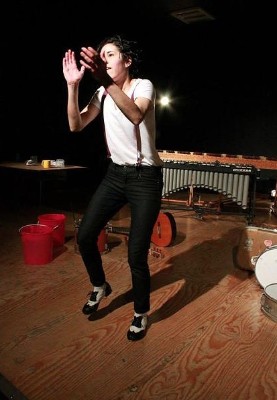 Reynaliz Herrera, the composer in action. Taps, claps, beats, clips and clops. The body as music. 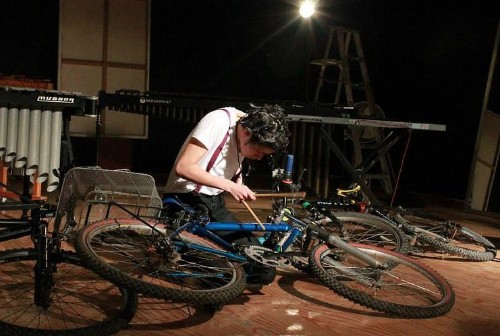 Taking a drum stick to a bike. There are three bikes in thie musical drama. 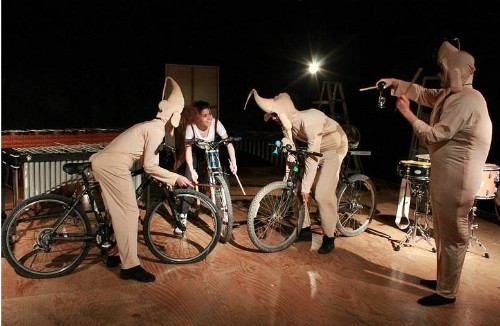 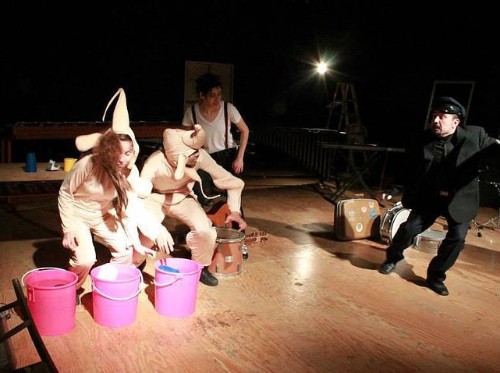 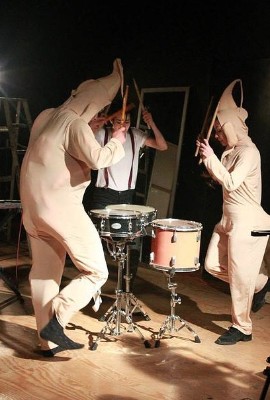 More conventional drums are discovered in the warehouse, and why not try them out?

The title, Ideas Not Theories, is attached to a musical drama which has traveled from Boston to Canada, to Mexico and has now landed at the 2015 Fringe Festival in New York.

Composed by Reynaliz Herrera, who has a master's from the Boston Conservatory, this piece may have heavy duty philosophical underpinnings, but for an audience, it is sheer delight.

Herrera is a trained percussionist.  Not only does she play the drums, but she also beats out chest sounds and tap dances.  Spreading her drumsticks and superball sticks in a warehouse, she discovers different sounds in objects all around her.

Some of them are marimbas and xylophones.  Others are, yes, bicycles, empty cups and buckets of water.  Sound is everywhere.  Sometimes it is like a Varése city street; at times a crystalline chime of water.

In Herrera's work music is always with rhythm and shaped phrases.

She has conceived a story: a young child ends up in a warehouse where she discovers music instruments and would-be musical instruments.  She is joined by three imaginary figures dressed in Barbar elephant spats with small trunks and music in their souls.

Trios on water buckets are interrupted by the night watchman with a beaming flashlight, tooting his own horn.  When he takes out his night stick, you might imagine that he is a conductor, baton in hand.

Fun and joyful, you get the idea of sound and pitch, rhythm, melody, and harmony without theories being pronounced.  If this is what music lessons are like, everyone will engage.