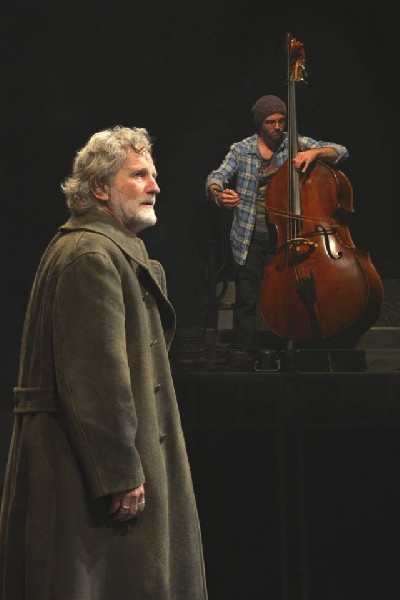 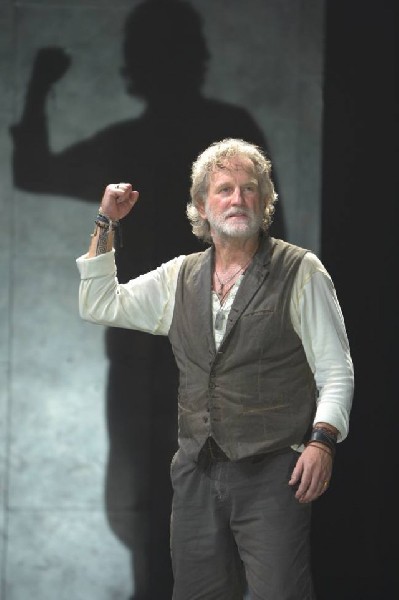 Henry Woronicz stars as the â€œPoet." Bringing the Homeric epic to life on stage. Performed on a bare stage with a minimum of props.

About 2600 years ago, the first person to step out in front of the traditional line of speaker/orators to deliver lines to an audience is credited to Thespis, a Greek poet/storyteller.  Thus the word “thespian” entered the lexicon.  The story may be apocryphal, but one cannot deny that a powerful art form was born as a result.

Fast forward, at warp speed to the 21st century and the La Jolla Playhouse (LJP) founded in 1947 by Gregory Peck, Dorothy McGuire, and Mel Ferrer. The Playhouse has a long history of producing outstanding theatre.  They have created twenty-two productions over the years that have transferred to Broadway, earning thirty-five Tony Awards in the process.  In the last few years their transfer productions have captured four Best Musical or Best Play Tony Awards; the last in 2008 with “Memphis”, under current Artistic Director Christopher Ashley. So transfers are not unusual happenings at LJP.

I have a “transfer feeling” concerning the just opened production at the Mandell Weiss Auditorium. “An Illiad” is a co-written effort by actor/writer Denis O’Hare and Lisa Petersen, and directed by Petersen.  It’s an inspired production and is a strong candidate to move to Broadway in the future; extending the string of hits that have originated at the Playhouse.  In its present form it’s a co-production with Berkeley Repertory Theatre and savvy artistic director Tony Taccone.

Awhile back, Peterson and O’Hare put their heads together (as colleagues often do in the arts) and pondered what would it take to turn “The Illiad”, Homer’s classic, powerful, tale of war and waste, into a commercial venture?  After a few years of collaborating with O’Hare, Peterson, a formidable theatrical director of many years standing, now finds herself directing a re-imagined version of the Greek classic now titled “An Illiad”.  The result is an inspired piece of theatre worthy of Homer himself and a challenge for the lone actor who portrays “the poet/storyteller” in a ninety-five minute, breathtaking, tour de force performance.

Classically trained Shakespearean actor Henry Woronicz, simply dazzles and mesmerizes the audience with his complete command and understanding of Homer’s epic story.  In the O’Hare/Peterson version, all of the ancillary characters have been stripped away.  The story now centers on the two protagonists – the great Greek warrior Achilles and the Trojan leader Hector, and their respective houses, and of course, those  meddlesome, and capricious Gods of Greek mythology.

Challenging as it is, to play all of the characters, it’s also an actor’s dream come true.  Woronicz is absolutely riveting as he recreates the battle scenes, the rages and the retaliations that war engenders.  At one point he delivers an anguished litany of the names and titles of history’s wars right up to, and including the present global conflicts.  As a side bar note:  Someone actually took the time to count and document history’s wars with the result being that this planet has been without war for only eleven years since recorded history.  What a sobering and thought-provoking statistic.

Woronicz’s wonderful performance, however, is not restricted just to hand wringing and passionate outbursts, or anguished speeches.  His poet/storyteller has a comical side, as well.  And his comic timing and sly asides are just what is needed to keep the audience fully engaged.  Aiding Woronicz in this effort is musician Brian Ellingsen and his onstage playing of the standup Double Bass instrument.  In his creative hands the instrument becomes another actor in the piece.  His musical accompaniments highlight and underscore how the synergy between actor and musician is so integral to the production’s many emotional moments.

All of the above superlatives would not be possible without the insight, expertise, and  personal vision of director Lisa Peterson.  Her production, performed on an almost bare stage, is seamless in its direction, rich with many clever and spot-on directorial touches, and is an evening of relevant sheer brilliance on the part of Woronicz, Peterson, and the entire creative team.

I had an opportunity to chat with both Petersen and Woronicz at the after party.  When I asked Petersen if Woronicz is up to his emotionally and physically draining performance night after night she replied, “Oh, he’s very fit, so I don’t worry about that.  He’s also a fabulous actor, and a joy to work with”.  When I cornered Woronicz a little later, I relayed Peterson’s comments.  He smiled saying, “that’s very kind of her, but I haven’t done a full eight shows yet. I hope the voice holds out”.  He also mentioned that he and Brian (Ellingsen) “were really cooking out there tonight”.

“An Illiad” runs through September 9, 2012 at the Mandell Weiss Auditorium.  For reservations and ticket information call the Box Office at 858-550-1010.