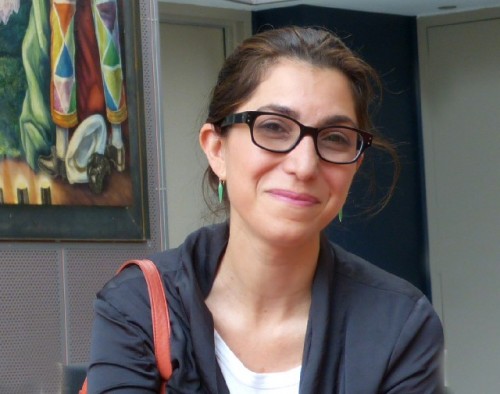 Williamstown Theatre Festival is proud to celebrate the 2012 season’s extraordinary artists and audiences as the Festival’s 58thseason draws to close.

“The 2012 season at the Williamstown Theatre Festival had many happy discoveries, I believe, for all of us - our smart audience, the hundreds of dedicated staff and interns, and our glorious company of artists,” said Artistic Director Jenny Gersten on the final day of performances, “The Theatre Festival has experienced exceptional support and commitment from our local community - we have felt tremendously welcome and a part of this area in ways that we haven't received since I was here years ago.  That means the most to me.”

This season, WTF presented three productions on the Main Stage including Oscar Wilde’s The Importance of Being Earnest directed by David Hyde Pierce, the Preview Production of the new musical Far From Heaven, and the World Premiere Translation of Ivan Turgenev’s A Month in the Country.  On the Nikos Stage, WTF presented the World Premiere of The Blue Deep, Neil Simon’s Last of the Red Hot Lovers directed by WTF veteran Jessica Stone, Bernard Pomerance’s The Elephant Man, and the world premiere of Olivier-Award winning playwright Katori Hall’s WHADDABLOODCLOT!!!  In addition to these productions, WTF produced the workshop production of David Byrne and Fatboy Slim’s new musical Here Lies Love, celebrated the 25th anniversary of Free Theatre with Steve Lawson's adaptation of a Sherlock Holmes story, The Valley of Fear, and continued to support emerging artists with 6 plays in the Fridays @ 3 Reading Series.  In addition, the Festival did 47 readings and workshops with visiting artists, and presented dozens of productions created by WTF’s workshop program of directing and design interns, apprentices, and non-Equity actors.

WTF is proud to have supported the Berkshires community by bringing nearly 41,000 audience members from 44 states and 6 countries while they attended the work of 401 members of the WTF Company including staff, apprentices, and artists!

WTF is grateful to the Williamstown community and Williams College for its generosity and support of another wonderful summer of theatre in the Berkshires!

Since 1955, the Williamstown Theatre Festival has brought America's finest actors, directors, designers, and playwrights to the Berkshires, engaging a loyal audience of both residents and summer visitors. Each WTF season is designed to present unique opportunities for artists and audience alike, revisiting classic plays with innovative productions, developing and nurturing bold new plays and musicals, and offering a rich array of accompanying cultural events including Free Theatre, Late-Night Cabarets, readings, workshops, and educational programs. While best known for our acclaimed productions, WTF is also home to one of the nation’s top training and professional development programs for new generations of aspiring theatre artists and administrators. Now under the leadership of Artistic Director Jenny Gersten, WTF was honored with the Tony Award for Outstanding Regional Theatre in 2002 and the Commonwealth Award for Achievement in 2011.

The Importance of Being Earnest

A Month in the Country

Last of the Red Hot Lovers

THE HUNTER CENTER AT MASS MoCA

The Valley of Fear