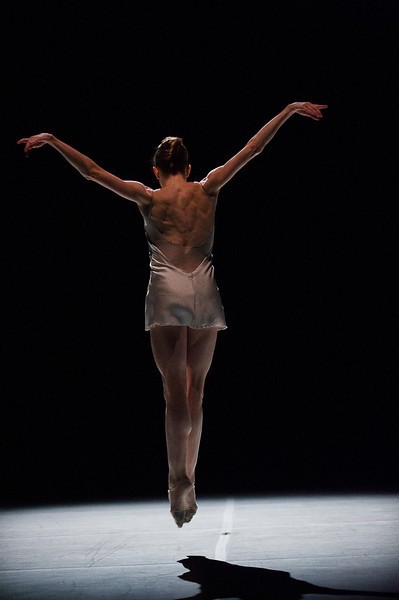 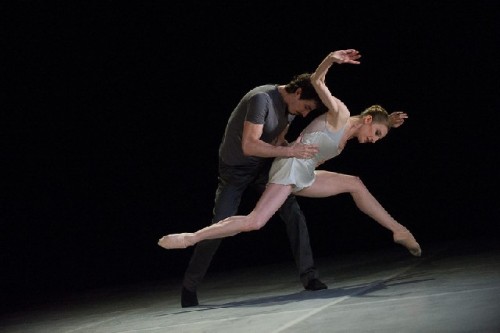 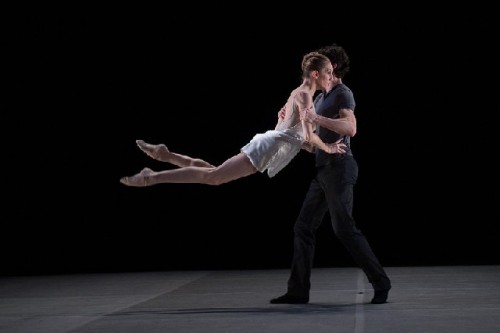 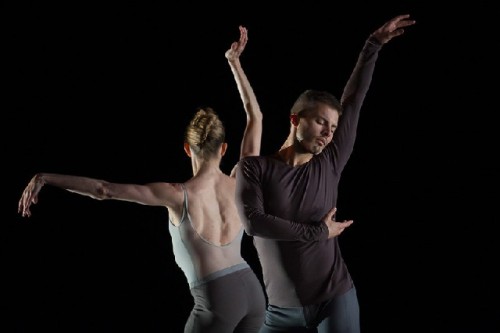 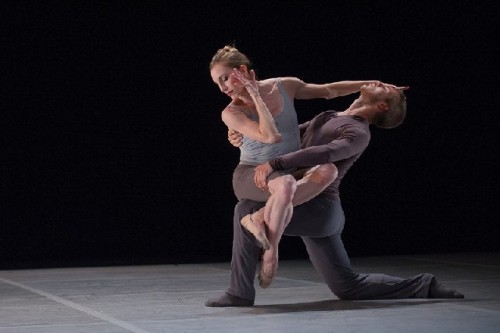 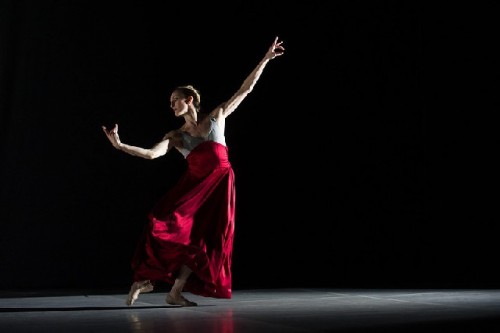 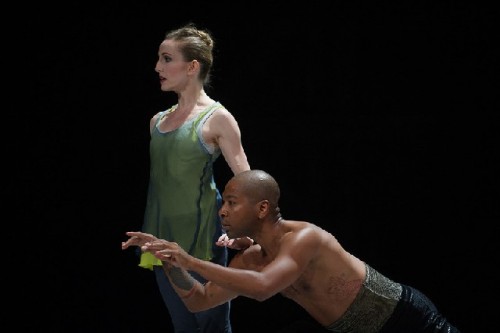 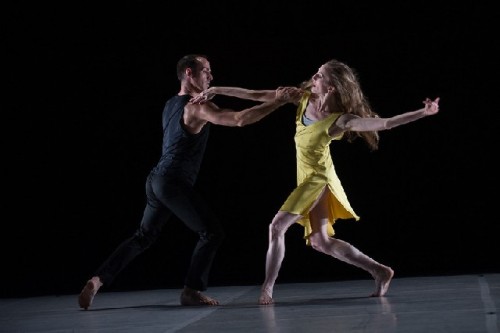 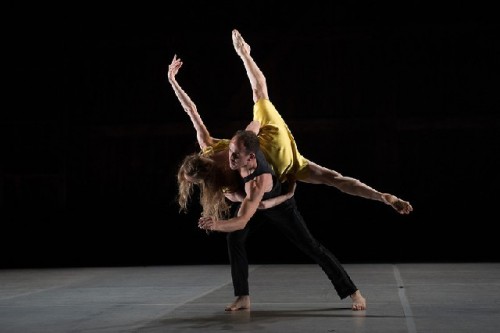 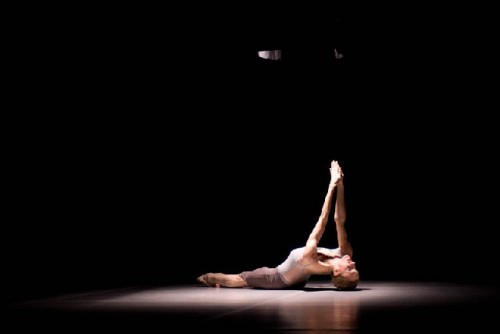 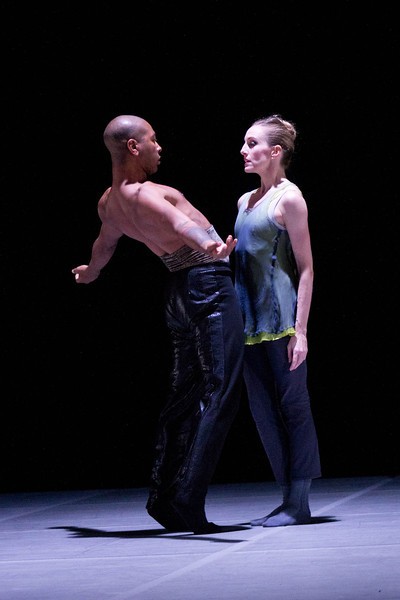 Ego et tu (2013)
Chorography by Alejandro Cerrudo
Music: Monologues from Perfect Sense and The Twins (Prague) by Max Richter,
Orphee’s Bedroom by Philip Glass, We (Too) Shall Rest by Olafur Arnalds, Intermezzo II by Gavin Byars

The Serpent and the Smoke (2013)
Choreographed by Kyle Abraham
Music: # 304 and #320 by Hauschka & Hildur Guonadottir

Tall, slender, and as tightly wound as a Swiss watch the body of Wendy Whelan, a dancer with the New York City Ballet since 1986, and principal dancer since 1991, is a precision instrument.

After starring in decades of leading roles in ballets by company founder George Balanchine and Jerome Robbins and so many other choreographers she is taking a new career path in a departure from classical ballet.

In a suite of four dances Restless Creature, given its world premiere in one of the most anticipated programs of the 2013 Jacob’s Pillow season, she has partnered with four choreographers; Klye Abraham, Joshua Beamish, Brian Brooks and Alejandro Cerrudo.

While these choreographers/ dance partners evoke a range of interpretations they all are tailored to the exquisite, light as a feather, fluid and uniquely graceful skills of a renowned ballerina. There is both a constant, the classical training and style of Whelan, as well as subtle variations as the approach of each dancer/ choreographer evokes a different aspect of her vast as yet barely tapped potential in a departure from the constraints of the classical repertoire.

For once the thunderous and sustained standing ovations from an enraptured audience were richly deserved. Careful attention to the nuances of the program, however, reveal a work in progress. Perhaps there will be further fine tuning as Restless Creature departs Pillow for a tour that brings her to Boston in March.

There was a distinctly different feeling in the pairing of works in the first and second halves of the program.

For Ego et tu with Alejandro Cerrudo, and Waltz Epoca with Joshua Beamish, we saw Whelan en pointe with movements that most evoked the traditions of a classical pas de deux with its lifts and twirls. For me the second half pushed the envelope in distinct and different ways. There was the frenetic energy of Kyle Abraham in the exotic and erotic The Serpent and the Smoke. In First Fall with Brian Brooks we were astonished by the communication and utter trust in movments where she blindly leaned back and ultimately fell to the ground supported by her partner in slow, graceful, dangerous movements.

In anther signifier of difference she wore stockings with Abraham and was barefoot with Brooks.

If the pas de deux is the essence of ballet this was an evening stripped to the most basic essentials. It is like a Three Tenors evening of opera in which only arias are sung. We cut to the chase of the heart and soul of, in this case, an evening entirely comprised of the most exquisite and challenging partnering.

As usual, annoyingly, the Berkshire glitterati took their sweet time getting settled. Including an entire row of late arrivals and a woman who kept popping up to greet everyone profusely. I suggest cattle prods for the ushers to herd the bovine miscreants into their seats.

The cello solo had already commenced when the pampered few were still fidgeting about.

It was so rude and disruptive as I attempted to focus on Cerrudo who entered in darkness at the back of the stage and slowly moved forward to music by Max Richter. With elaborate circling arms, crouches, and abrupt foot movments and shifts of weight we attempted to absorb the mood of the moment in its intensity and solemnity. This put us on notice that we were experiencing the first of four superb and different male dancers/ choreographers.

After a relatively brief interlude he faded to the back of the stage and exited. With a pregnant interval Whelan then appeared solo replicating much of his prior dance. The challenge was to observe the differences between male and female iterations of the similar movements.

We were immediately struck by how Whelan uses all of and has utter command of her entire body. Her arms and upper body were every bit an aspect of her creative arsenal as her legs and feet. Perhaps this is a signifier of the transition from classical technique to modernism.

Then they sublimely partnered in a form of abstracted love story which is at the core of classical ballet. But here there was as much rejection, pushing off, and escaping as charismatic coupling. At times she reached out and blinded him or bounced off. This is modern dance where the swan runs away from the lake and takes a job in New York. Actually, with all due respect, it is so much more interesting.

As was extended in the episodic, six part suite of waltzes by Borut Krisisnik, with Beamish, a formidable dancer in his own right, this is a new definition of partnering. Here the male and female are truly equal. This was evidenced by how much they were separated but performing seemingly similar movements.  The male dancer is not just holding her for pirouettes and lifts before taking off on a series of spectacular grands jetés.

There were several thematic parts to Waltz Epoca some of which were more distracting than evocative. A strong light was lowered over her crouching under it. Beamish gave the enormous practical a shove and it swung back and forth over her. Was it the high beam of an interrogation, or perhaps, like Close Encounters of the Third Kind, a landing space craft?  We were more confused than intrigued. Then Whelan exited and reappeared with a long red, flowing waltz gown. Here the parts of Waltz Epoca did not comprise a stunning whole.

After intermission now for something completely different.

To the disorienting and strange pulse of electronic music  # 304 and #320 by Hauschka & Hildur Guonadottir, wearing shiny black pants, and a high waisted sash, bare chested, in a compulsive whirl of gyrating energy Abraham burst onto the stage. His movement was so charged and frenetic that it evoked an entirely different mood and style from Whelan. It entailed a complete break from the classical associations which pervaded the first two dances. I’m not sure what I saw, it required the most precise attention and steel trap memory, but the experience, while way too brief, was totally momentous. The Serpent and the Smoke indeed.

The slower, sensual, legato pace of the final selection First Fall with Brian Brooks which followed allowed our heart rate, pulse and nerves to stabilize. On many levels this was the most inventive, stunning and enjoyable of the four dances.

When Whelan leaned back into that first free fall there was a gasp from the audience. The sense of risk taking and magic was purely palpable. After several repetitions we came to trust in their confidence and ability. It was like watching spectacular high wire and trapeze artists working without a net. The extreme risk factor and skill levels were an integral factor in the totally galvanic impact of the dance.

It was also evidence of the bond that comes when great artists work together to push each other to the very limit of mutual creativity.

The superb evening of dance was as much a triumph for the four male dancers as for their partner the extraordinary Wendy Whelan. For everyone fortunate enough to attend a world premiere this was an evening of dance history.