The Mousetrap in Dorset, Vermont 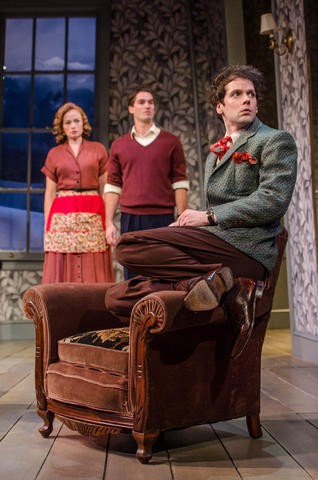 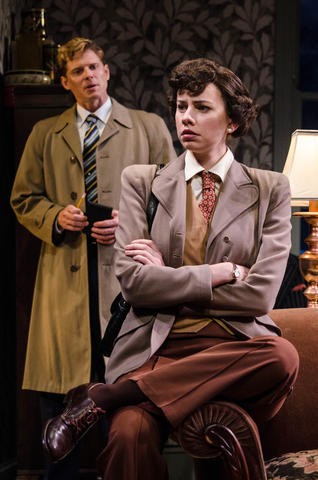 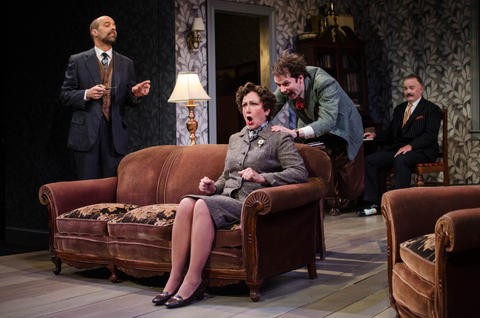 Gretchen Hall and Will Haden. Photo by Taylor Crichton

Agatha Christie’s murder mystery, The Mousetrap, opened in London in 1952. Christie gave the rights to the play to her grandson as a birthday present and is said to have estimated that it would run a mere eight months. It has, instead, run continuously in London’s West End ever since, amassing more than 25,000 performances in the 62 years since opening.

The Dorset Theatre Festival’s engrossing production gives some insight into the longevity of this play. It is a classic set-up: a murder in a guesthouse that is cut off from the outside world by a snowstorm. Suspense is created by the fact that the murderer must be one among those present and there is reason to believe there will be another murder.

The dialogue cleverly establishes the characters and attributes possible motives to each of them. The action and revealed secrets gradually raise doubts about each person present. Enough said. Revealing more about the plot and action of this tightly written play might spoil the fun for any amateur sleuths who might enjoy putting the pieces together themselves for this classic whodunit.

The actors in this production have all created characters that are believable, play off of each other, and are clearly delineated. The likeable, offbeat Christopher Wren played by Kieran Mulcare brings out the gentle, caring of Gretchen Hall’s Mollie Ralston. Julia Ogilvie’s Miss Casewell is stylish and convincing in her self-confidence. Andrew Weems, as Mr. Paravicini adds a touch of humor even while seeming somewhat sinister.

Director Paul Mullins has done an excellent job of casting and staging. In the beginning the calm of the country is firmly established, only to be broken by a murder, after which the pace keeps the audience alert without seeming frantic.

The set leaves something to be desired. Its forced perspective seems clunky and unnecessary and has left an unfortunate gap in the ceiling. The multiple entrances and exits leading to numerous rooms, though, bring a lively game of Clue to mind, and keep the audience wondering who is where, and if anyone is alone and in danger.

The costumes, by Barbara A. Bell, are beautifully suited to each character and evoke an air of timelessness

Agatha Christie’s mysteries are known for their ingenuity and clever twists. The Mousetrap is no exception, but you’ll have to discover the twist for yourself by seeing this production. For my part I hereby honor the The Mousetrap audience tradition, by not revealing the ending.