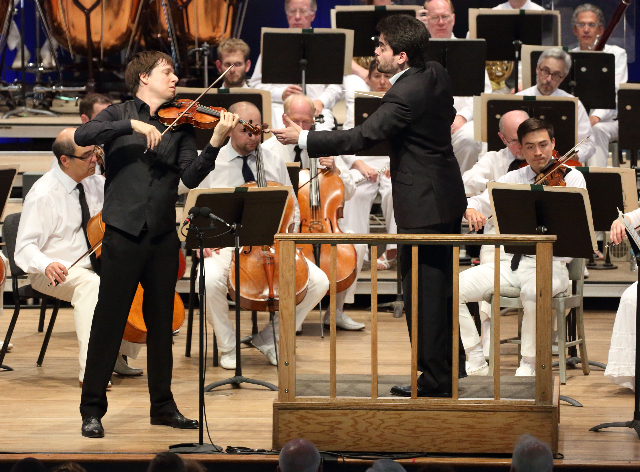 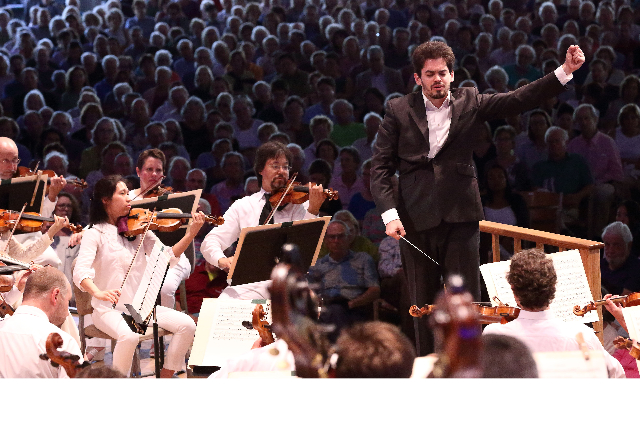 As Rod Stewart once sang, 'Some guys have all the luck.' That guy he is referring to must be Joshua Bell, a child prodigy, now 49, and a poster boy for youth and vitality.

Last year I wrote about his 'cult following' and the hundreds of autograph seekers that wait for Bell after or at intermission of his concerts. This year, there was no shortage of onlookers, waiting for him to emerge with pen in hand and a hearty smile-often posing for a selfie with the young at heart.

His appearance, a yearly ritual, drew a huge crowd, reminding one that his popularity at Tanglewood is only overshadowed by Yo-Yo Ma and James Taylor (not bad company to be with).

When Bell, dressed in his typical, stylish black shirt, vest and pants, took to the stage,  27 year old Conductor Lahav Shani, shook his hand and began the onset of his tribute to Menelssohn by playing the famed anthem, 'Violin Concerto in E minor, Opus 64.

The crowd anticipated what turned out to be a delightful afternoon of world class music. Mendelssohn wrote the piece more then a 150 years ago, yet, today, played by Bell, the piece must sounded like it was written last week.

Fresh, vibrant and enthusiastic, he turned this piece into a true 'tour-de-force, leaving no door unopened during the three movement composition.

At the end of the moving piece, the crowd applauded to their hearts content, as the master returned for several ovations.

True to his nature, he returned with violin in hand and played a short encore, featuring Bach.

It was an afternoon to remember.