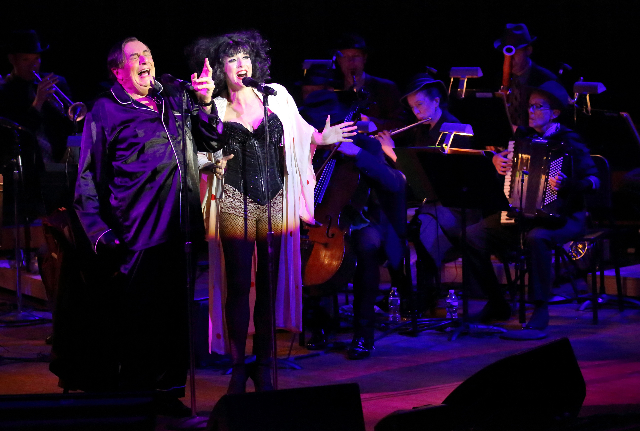 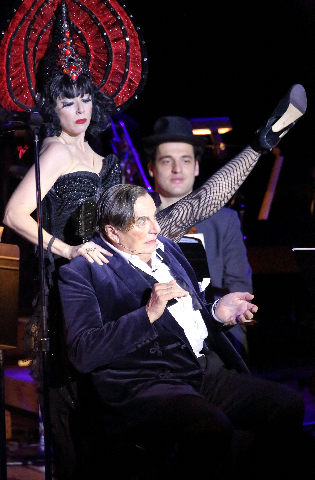 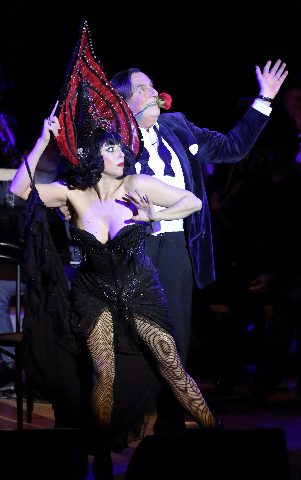 Introducing himself and the evening before us last night, Barry Humphries let the audience know how this show came to be.  It started with him as a boy, in Melbourne, discovering sheet music of Berlin's Weimar Republic and bringing it home, even though he could not read music.

Delving into this music and researching the period, Humphries became enthralled.  The composers included in these works, among them Ernst Krenek and Kurt Weill, had been banned as 'degenerate' by the Nazis.

Humphries' decision to explore this music, with its unique mix of classical and jazz and experimentalism, hooked him for life.

As Humphries fell in love with this music, he continues his search as an adult.  Over the decades, he researches "Entartete Musik" in Viennese libraries. He went to California to meet Krenek hoping to direct the Australian premiere of his opera-Jonny Spielt Auf. Unfortuantely that didn't happen. He became friends with Mischa Spoliansky, simply by seeing his last name on a doorbell in London, and ringing it!

Spoliansky's music put Marlene Dietrich in the public's eye.  And, Humphries even asked Spoliansky to create music for his dear friend, Dame Edna.  (Humphries has made a several decade career with Dame Edna on international tours).

There was a certain timeliness to this concert, given today's political scene.  Spoliansky's Alles Schwindel (It's All a Swindle) opened the evening.  Lyrics like " Life is short and greed's in season, all mankind has lost its reason..." Meow Meow's interpretation was on target with a strong and lustrous voice.

"Politicians are magicians who make swindles disappear. The bribes they are taking, the deals they are making, never reach the public's ear!  The left betrays, the right dismays, the country's broke, and guess who pays?"

Meow Meow has a sensual presence on stage, and gives a wonderful rendition of a Weill standard, Surabaya Johnny.  In an interview, Meow Meow says she has been fascinated with this music for many years.  In Surabaya Johnny, she said she felt a life force in the music along with a closeness to death.  Joy and experimentation along with deep fear.

Humphries states that before major disasters, art takes on a flaring up.  In this Weimar era, artists felt the world was coming to an end, so this music has an experimentation and openness that is  unique and deeply humane.

A hedonistic and extraordinary Sonota Erotica for solo soprano by Erwin Schulhoff was performed slyly by Meow Meow.  A simulated female orgasm was made hilarious by miles of sheet music and Meow Meow's incomparable talent.

Throughout, Humphries' attire was appropriate; velvet smoking jacket, silk pajamas.  Perfect for 'degenerate' music.  His duet with Meow Meow, Mousie, by Paul Abraham was a delicious romp on marriage.  Some lyrics:

Though we know that love's inspiring Mousie,  Honeymoons are rather tiring, Mousie!

I shall never tire of you, my dear, We've so much that's new to do when we're together!

In ending the performance, Humphries stressed that most of this music had been silenced for many years.  Isn't it wonderful to be able to enjoy this historic music?