Three and Out or Four is a Bore 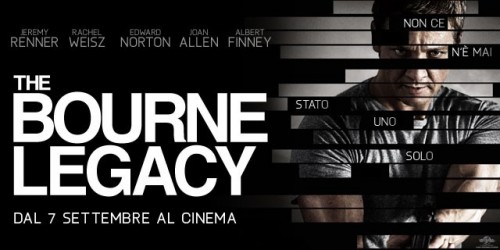 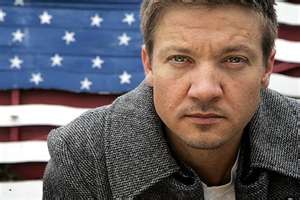 Jeremy Renner (Aaron Cross) is a pumped up killer on "chems." 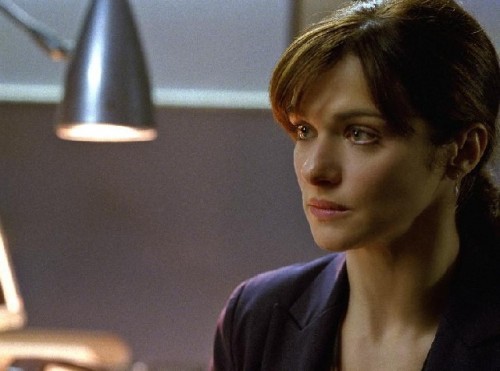 Rachel Weisz (Dr. Marta Shearing) was doing it for science. 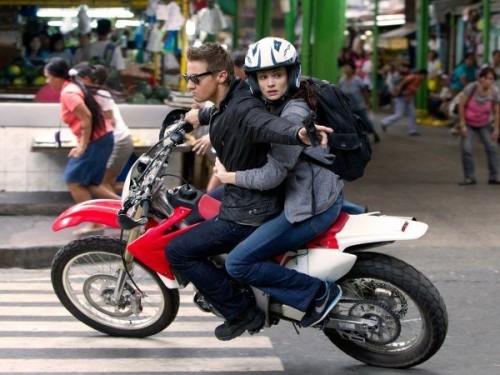 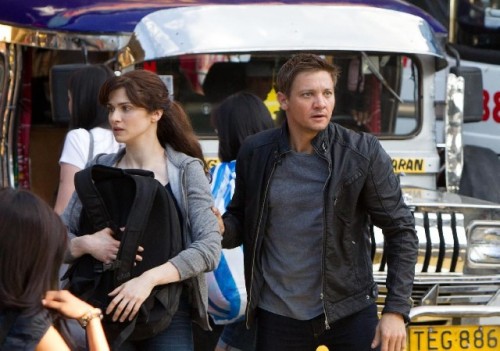 For the opening weekend of Bourne Legacy The Los Angeles Time reported that “Jeremy Renner's Bourne  took in $40.3 million, respectable enough for its $130 million budget but lagging well behind the opening for the third film, Matt Damon's The Bourne Ultimatum from 2007 ($69 million; $76 million when adjusting for inflation). Legacy has little hope of getting anywhere close to the third film’s domestic total of $227 million ($251 million after inflation).”

When, a decade after launching the series, Damon announced that he would not shoot another Bourne film without Greengrass as director, that left a lot of cash on the table. In a franchise like the James Bond series that entails hiring a fresh face and younger body to play 007. The option was considered including a prequel of the harrowing circumstances that led to the change of identity and Bourne’s training as a black ops assassin.

Writer Tony Gilroy, with only two directing stints under his belt and no action films, took over the franchise.

The Bourne Legacy  has opened with a strong box office but mixed reviews. It references Damon’s character, now loose in Manhattan, launching investigations threatening to bring down an intricate web of rogue black ops. It introduces a new character Jeremy Renner (Aaron Cross) one of nine who, through a regimen of blue and green pills, have a range of super powers.

Cross is in the field and running out of “chems” as we first find him wandering in Alaska. How and why he is there is never clear. Gilroy opts for dramatic locations, in this case, introducing his character displaying survival skills in a spectacular landscape.

With a map inserted in a tube, which he has pulled out of a frozen river, (how did it get there?) he makes his way along a ridge. Eventually he encountered another agent “Three” in a tree. It turns out that Cross is “Five.” In the cabin Cross fails to initiate a conversation from his mega-armed colleague seemingly punished, or quarantined, in the wilderness. Compared to the tight-lipped Bourne, Cross is quite chatty revealing surprisingly warm and sensitive moments.

Cross, who is running out of “chems” asks Three for some. There is something about sending blood samples back using a drone. Ah, the drone.

After some grub and forty winks Cross will set out in the morning. Heavy snow nixes that with a decision to lay over. “What’s that sound” Cross asks? It gets louder. Cross takes off for the tree post while Three remains in the cabin. A drone fires a missile destroying it. Using a sniper rifle Cross takes down the drone.  At command central, through an embedded tracking device, it is determined that Five is still alive. After slicing out the device he manages to shove it in the mouth of a wolf he wrestles with. Another drone takes out the wolf and it is assumed that Five has been eliminated.

It seems that a decision has been made to eliminate all nine pumped up agents. We watch them drop one by one, as well as, all of the scientists involved in the project.

Desperate for “chems” the now assumed to be dead Five is searching for a stash.

In a chilling discussion between Norton’s Col. Byer and Stacy Keach (Ret. Adm. Mark Turso) the plan is revealed to shut down the program, and eliminate all of its operatives, as well as the scientists who developed the “chems.” One of the scientists has been brain washed to lock the lab and execute his colleagues before taking his own life. Hiding under a desk the only survivor is Dr. Marta Shearing (Rachel Weisz).

Byer coldly argues that they possess all of the data and research to launch another operation once the smoke clears. All of the operatives and scientists, under the guise of patriotism and national security, are expendable.

This is a movie but we may safely assume that these black ops are real. That they take “chems” is unlikely but not impossible. Before combat the British Navy issued a “double round of grog to every man.” It has long been speculated that the Nazis issued amphetamines to its combat troops. During the 1960s they were known as “German Black Marchers” by speed freaks. So “chems” for warriors is not an implausible scenario.

We next encounter Dr. Shearing in a shabby, rundown mansion deep in the woods. Again, another stunning location for Gilroy as his camera lovingly explores the empty interior and its remarkable winding staircase.  She is visited by a team of agents who, at first, seem only there to question her. In fact they plan to eliminate her. Cross, who had met with her during examinations and treatment some thirteen times, has tracked her down looking for “chems.”

In a well stage shootout the super-charged Five kills the crew of agents. Then, spreading gasoline, he torches the mansion leading to speculation that Shearing has perished. From there they are on the run.

Racing off into the unknown with a rogue agent Dr. Shearing has a lot to absorb. Pulling over, Cross brutally lays out her options with the observation that, on her own, she won’t last the day. Or anyone she contacts. He  grills her about her role in the malicious program. Where have we heard this before? Shearing prevails that she is only in it for “The science.” Shades of Dr. Mengale, but easier on the eyes.

It is revealed that he has been weaned off the greens with a viral process, that mysterious flu that almost killed him awhile back. So those qualities are now embedded in him. But he still is dependent on the blues. She doesn’t know where to find a stash but suggests that he can be viraled off the blues.

Ok. How do they get to Manila?

No problem. Cross has cash, phony passports, and fake license plates stashed in a car. He knows how to forge a passport and create an identity for her.

Back in the control room, Byer and his team are on the scent realizing that Dr. Shearing is on the run and Five is alive. Just like that, in a matter of minutes, they have tracked them down. Larx-03 (Louis Ozawa Changchien) another ‘viralled off’ super assassin is dispatched to search and destroy.

The duo manages to fake their way into the Manila lab/ factory where she injects Cross with the viral strain. By then Byer is on to them and they have to fight their way past security.

Now viraled he is super sick and near death while they are holed up in a cheap hotel. The police and assassin are zeroing in.

This leads to the Thriller in Manila sequence of a gratuitous chase scene through heavy traffic with lots of car crashes. Yawn. Eventually, hold on tight babe, the unstoppable Larx-03 crashes into a post.

During confusion back at the factory Cross managed to steal the gold Rolex watch of the manager. This is used to bribe/ pay the captain of a junk as, with a gorgeous view of the Manilla islands, Cross and Dr. Shearing sail off into the sunset. Or until the next Bourne adventure. Unless they are double crossed by the studio taking a hard look at the bottom line.

It took $130 million to make this film. Sure it pulled in $40 million during the first weekend and was number one. But, when word of mouth gets out, it may fall off the charts. If so, that’s a wrap for the Bourne again franchise.