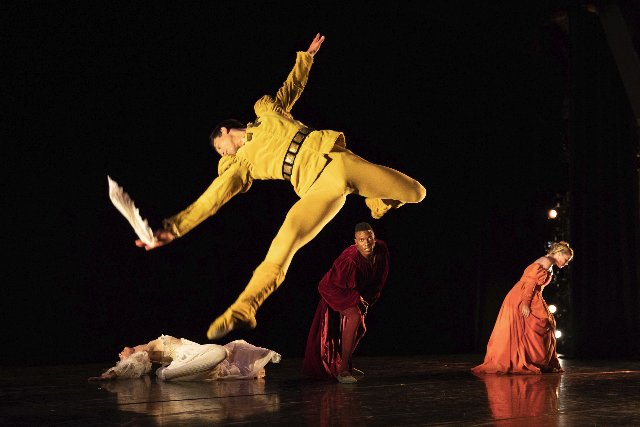 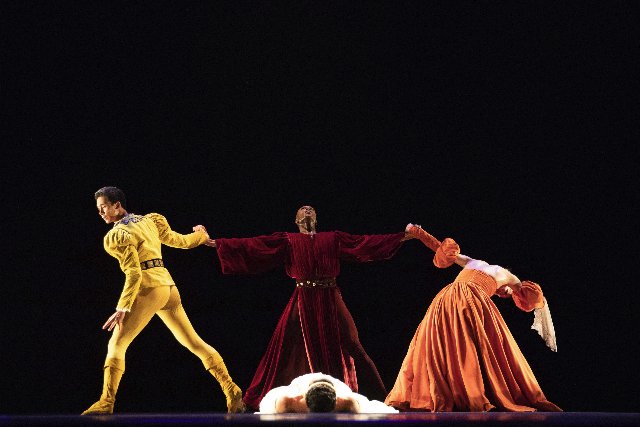 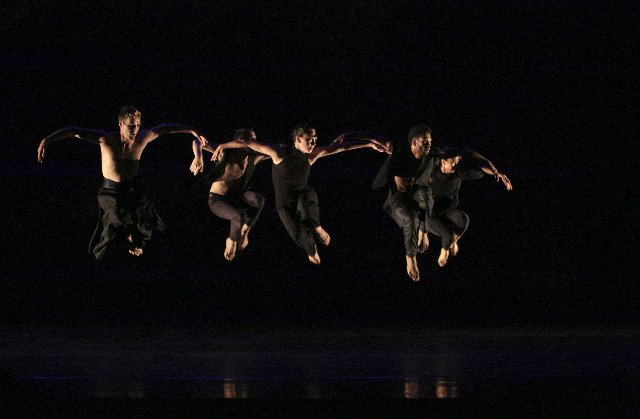 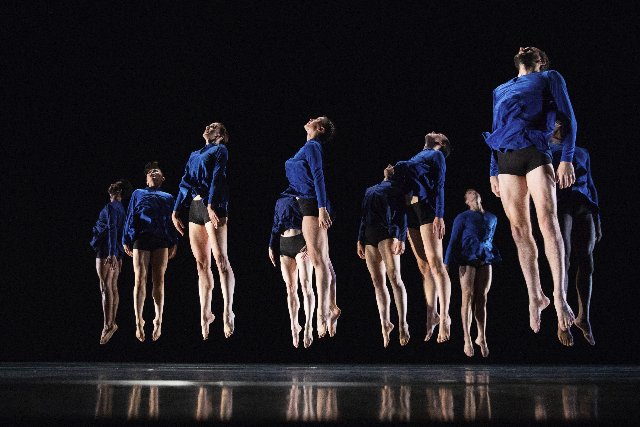 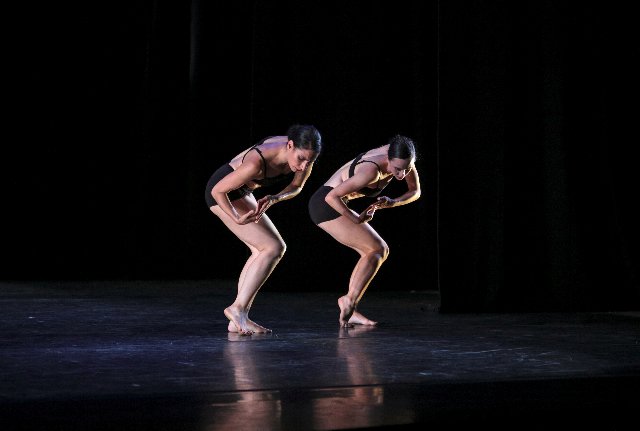 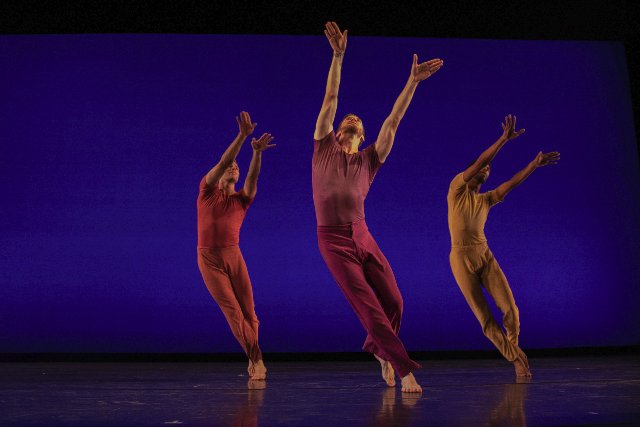 
The Mexican born dancer and choreographer, Jose Limon (1908-1972) founded the company that bears his name in 1946. Initially he asked Doris Humphrey to work with him as artistic director.

He came late to dance initially moving to New York to pursue sculpture. Through training with Humphrey and Charles Weidman he developed the renowned Limon Technique.

The company’s website described it as “divided among various physical extremes: fall and recovery, rebound, weight, suspension, succession and isolation. These ideas can be illustrated in the way a dancer uses the floor as a place from which to rise, return to and then rise from again. The way a dancer explores the range of movement between the one extreme of freedom from gravity and the other of falling into it; for example, the moment of suspension just as the body is at the top of a leap, and the moment the body had fallen completely back to the earth. There are many words and ideas that are immediately associated with the Limón technique, i.e. its humanism, its use of breath, musicality, lyricism and its dramatic qualities; however, the overwhelming consensus is that through the movement is always demonstrated some physical expression of the human spirit.”

Now in its second year under Colin Connor, the company’s fifth artistic director, there was a 70th anniversary celebration this past week at Jacob’s Pillow. They presented a diverse program with three works by Limon, one by Connor and another by Kate Weare.

While rooted in Limon’s legacy and technique the company extends into contemporary choreography. During a career cut short by cancer he created some 90 works of which what a critic describes as a “baker’s dozen” are most performed. His four hander “The Moor’s Pavane” (1949) based on Shakespeare’s “Othello” is an icon of modern dance. It is the work by Limon most often performed by other companies.

When Limon performed the solo “Chaconne” at Pillow in 1948 it was filmed by Ted Shawn. The barn door was opened and Shawn captured the dance with natural light filming from the woods.

Shawn and his partner Ruth St. Denis were hoarders leaving the company with an enormous archive of costumes, films, photographs, posters and memorabilia.

They are the subject of a remarkable exhibition “Dance We Must, Treasures from Jacob’s Pillow: 1906 to 1940.” Some 350 objects remain on view at the Williams College Museum of Art through November 11, 2018.

The museum states that “WCMA and Jacob’s Pillow are jointly undertaking a project to conserve, research, and fully catalogue these archival materials. The elaborate costumes of St. Denis, Denishawn, and the Men Dancers, some of which date to the early 1900s, are emerging from the original company touring trunks for the first time in decades.”

Providing a spectacular beginning to the program we see a brief projection of Limon performing “Chaconne.” The film is silent but we view him dancing in sync to a recording of  Bach’s “Chaconne from Partita # 2 in D Minor for unaccompanied violin.”

There is the feeling of a séance as the spirit of Limon hovers over the very space where he performed decades ago. It provides a brief but poignant and insightful glimpse of the essence of his style. There is a sense of gravity as the weight of his body informs slow, legato movements in sweeping reaches, bends and turns. We sense his control and command as the dance is conveyed from inner being to outward expression.

As the vintage film flickers to an end there is a seamless transition to the solo of Mark Willis. He yields to Savannah Spratt. There is initial recognition that there is a change to a female dancer. The impact is lighter, more graceful and yet firmly within the context of “male” dance. She is attired like Willis with a key difference in an infectiously engaging warmth and smile. Then she is replaced by Jesse Obremski. For a surprising finish the three appear together as the music comes to a conclusion.

This shadow dancing is a perfect means of understanding the mandate of the company to both morph Limon’s spirit and persona as well as build upon and expand it.

The term corvidae refers to ravens and crows. These black birds have an aggressive, noxious demeanor. At times we heard them screeching in the woods. Initially we wondered what set them off with such cacophony. Then we spotted a fox. Their annoying cawing is a warning system to alert the presence of a predator. They are among the least endearing of our feathered friends. As such they have been familiar metaphors for fairy tales and the arts.

That was the feeling evoked by the piece "Corvidae" (2016) choreographed by Colin Connor. There is a wonderful choice of, pulsing, loud, cacophonous music “Violin Concerto #1, Ist Movement” by Philip Glass. The high energy and repressed rage of the music compels the chaotic movement of the black clad dancers. The leader is a very large male dancer bare chested with a full skirt. The doors of the barn are opened to a narrow slit through which, one by one, they exit. It’s a metaphor of the presence and inspiration of nature.

As a highlight of the 2018 Pillow season it was stunning to experience a performance of Limon’s masterpiece "The Moor’s Pavane." A pavane is defined as a stately court dance by couples that was introduced from southern Europe into England in the 16th century.

Even when it was introduced in 1949 it was a period piece. Limon conflated modern dance with Renaissance form and costumes (by Pauline Lawrence). Though set in Elizabethan Venice Limon had Simon Sadoff adapt the baroque music of Henry Purcell, (born c. 1659, London, England—died November 21, 1695, London).

The delight of the piece is that we know so well Shakespeare’s play "Othello." With staggering brilliance Limon distilled the narrative to the four primary characters. With the handkerchief as a fatal prop they perform what proves to be a dance of death.

We are riveted by how every gesture so succinctly conveys the essence of the tale. Attired in yellow, consumed by jealous rage, Iago (Jesse Obremski) manipulates and poisons Othello (Mark Willis). Joining hands the men turn about in ritualistic, stylized movements with their doomed wives, the Moor’s faithful Desdemona (Logan Frances Kruger), and Iago’s Emelia (Brenna Monroe-Cook) the maid of Desdemona.

Iago was passed over for promotion by the admiral and seeks vengance.

Attired in a long red velvet, Moorish robe, Willis is a daunting presence. His powerful, chiseled, compact body pulses with ever more explosive rage. As his tormentor Obremski’s Iago, is more slender, slithering, agile, clinging and manipulative. While Othello pushes him away, initially refusing to listen, at one interval Iago is like napalm stuck to and burning into his victim’s flesh.

The role of the women, in movements contained by flowing gowns, is to respond to the assaults of their husbands. The climax of the dance left me shattered and drained. It was a decisive moment of sublime, riveting, passion and eloquence.

The response to "Night Light" by Kate Weare was mixed. It’s an ensemble piece in which the company initially forms lines and observes individuals and couples sprung loose from it. There are unisex costumes designed by Fritz Masten. They comprise loose blue tunics falling to the hips over black trunks. We are encouraged to see them as a whole. That later changes as several pairs emerge with different costumes, women now with bras matching their tights. as well as bare-chested men with black tights. Further confusing matters half the company retains their original costumes. We come to wonder about the intent of the piece and how it conflates with the Limon mandate?

The program ended with a work for the company Limon’s "Suite from a Choreographic Offering (for Doris Humphrey 1964)." It provided every possibility of ensemble work, solos, duets and Pas de trios.

By then we were familiar with the dancers and delighted in a last opportunity to experience the diverse, unique and engaging Limon technique. Rarely have we enjoyed a more accessible and absorbing program. This is a vintage, modernist company that has aged well.