Orange is the New Black by Netflix 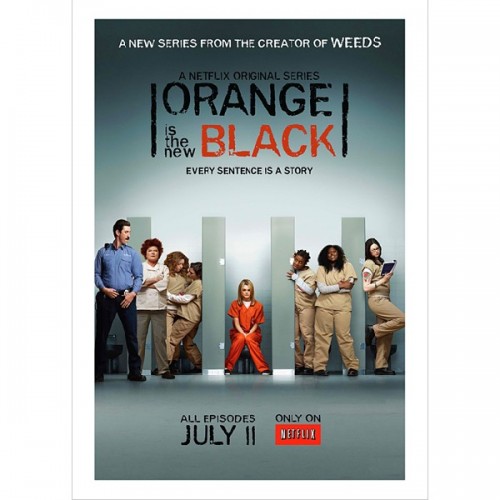 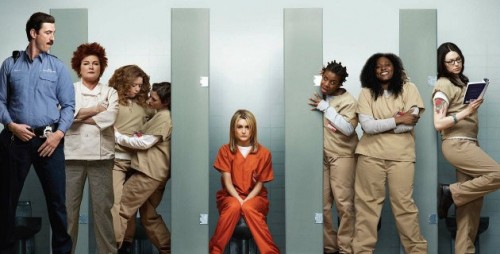 The newbie Piper in orange surrounded by fellow inmates. 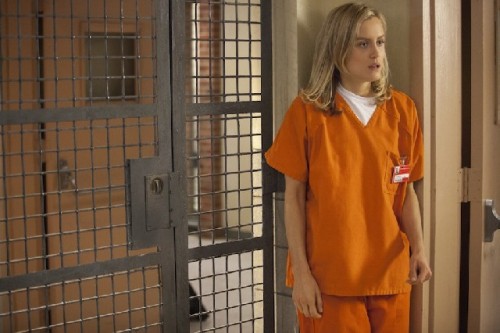 Piper is serving a 15 month sentence for crimes committed years prior. 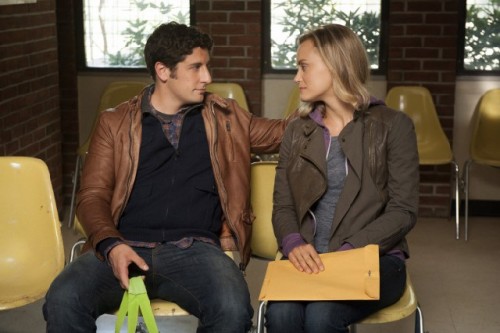 Pipes is engaged to the aspiring journalist Larry who sells her story to get ahead. 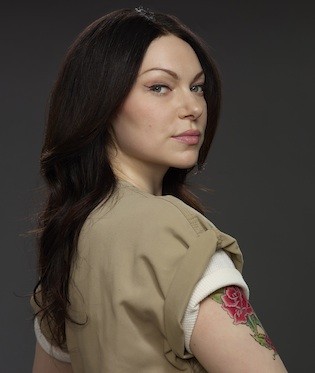 Even in prison Alex plans to get back in the drug game. 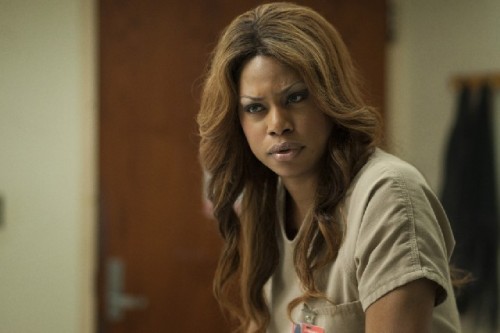 The transsexual Sophia paid for the change with stolen credit cards. 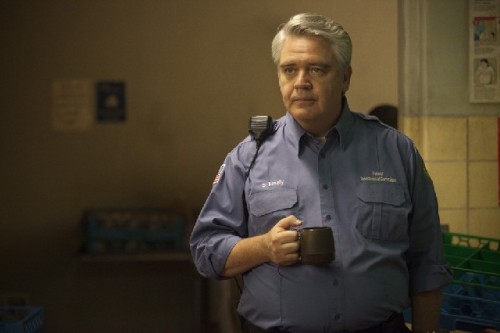 The initially sympathetic counselor turns out to be a dangerous creep.

The third such series Orange Is the New Black, created by Jenji Kohan, based on the minimum security women’s prison memoir by Piper Kerman, proved to be a smash hit when released in its entirety on July 11.

Readily streamed through Netflix the series proved to be addictive for viewers. This is unlike premium channels which run original content in weekly segments. Like Breaking Bad which has just launched its final seven episodes.

Because we are out most nights during the busy Berkshire season we watched two or three episodes after catching the daily news. So it took a couple of weeks, with other programming options, to see the entire series.

Initially it was off putting. Just why would one be interested in following the 15 month incarceration of a self absorbed, goodie two shoes, WASPY inmate, Piper Chapman (Taylor Schilling). Imagine a decades younger Martha Stewart, doing medium security, dormitory style, time.

We initially find her preparing to surrender to serve her sentence. Those last moments of freedom are spent with her Jewish fiancé Larry Bloom (Jason Biggs) an aspiring journalist. No, his parents do not approve of his engagement to a shikse and a criminal yet.

While on first appearance she is all Seven Sisters innocence, an inmate dubs her “College,” we find that Piper, or Pipes to her friends, has a manipulative, not so nice, dark side.

Several years prior, before going straight, she had a fling with the mega drug runner Alex Vause (Laura Prepon). They enjoyed wild and crazy sex cavorting in hedonistic excess in exotic locations. Alex, initially viewed as an embodiment of evil, ratted out her former lover to take a few clicks off her sentence.

At the beginning of this absorbing drama good and evil are presented as black and white. Then it morphs into grey before a total, season ending reversal.

There are lots of rats, misunderstood psycho killers, and scumbags along the way.

In a nightmarish prison environment the guards and administration prove to be as scary, corrupt and evil as the inmates.  There is a large and complex cast that, a great and riveting asset of the series, are well drawn and developed. This entails frequent back stories and cameos about how the individual women ended up in this hell hole on earth.

The harsh prison environment rids them of signifying fashion and style. The women are stripped down to raw instinct and survival skills.  Within the confines of drab, generic garb we slowly learn of their personas, strengths and weakness. Are they nice women who made terrible mistakes? Like Piper? Or hardened, destructive criminals.

Ok. What else is new? We have seen one too many prison films over the years.

But this project contains some truly wonderful characters who reach deeply into us. This is no cookie cutter prison story. We see all the grim reality of an environment meant to crush the individual spirit and tactics to get through it.

If you can’t do the time don’t fuck with the crime.

It’s a lesson Pipes learns the hard time including a stint in the SHU (solitary confinement or Secure Housing Unit) and later being assaulted in the showers. Meantime, her boyfriend is advancing his career by writing articles about being engaged to an inmate in the New York Times and as a guest on National Public Radio. By spilling the beans of intimate tales told to him in confidence he undermines her vulnerable status which even threatens her life.

It puts her back in the arms of Alex and we see that, for Piper, a lesbian relationship may have been more than just a fling. It slowly unfolds that they both love, use, and betray each other.

There is such a rich tapestry of subplots and back stories.

The truly evil guard Mendez (Pablo Schreiber) runs drugs and locks horns with Red (Kate Mulgrew) who runs the kitchen and basically the inmates as well. She decides who gets fed or not as Piper learns when she unknowingly insults the cook with ties to the Russian mob.

At first the counselor Sam Healy (Michael J. Harney) seems to be a sympathetic protector. But he has a thing about lesbians and turns on Piper when she comes out with Alex. Then he becomes very dangerous. But this tyrant by day is a wimp at home married to a Ukrainian mail order bride. She and her mother speak Russian during meals while dissing him. With contempt the wife describes putting up with two more years until getting a green card and freedom. The mother says it’s not so bad. The answer “You don’t have to sleep with him.”

Predictably, we see how the screws and administrators take out their frustrations on the inmates. Through graft and kickbacks they line their pockets.

It’s easy to get hooked on this superb series. There are so many over the top and truly compelling characters. Piper’s bunk mate Miss Claudette (Michelle Hurst) is a tough as nails, middle aged Hispanic woman, who runs a tight ship. She’s in for righteous murder. The guy got what he deserved.

We just loved Uzu Aduba as “Crazy Eyes” a wack job who loves Pipes as “Dandelion” and wants to make her into her bitch. She’s uber freaky and scary. Gradually, we come to know her as the far more complex and lovable Suzanne.

Sophia Burset (Laverne Cox) sympathetically plays a former fire fighter who stole credit cards to pay for an $80,000 sex change. There is a poignant relationship with the  wife and mother of their son who tried to understand and support her transition. In a superb performance we really care about Sophia who runs the prison hair salon.

By the final episode Pipes has burned all her bridges. She has broken up with Larry who outed all her prison allies. They all see her for what she is. In committing to Larry, who has now dumped her, Alex, who also loves Pipes, has had enough. And the nutjob wants to kill her.

We can’t wait to see how this all works out next season.