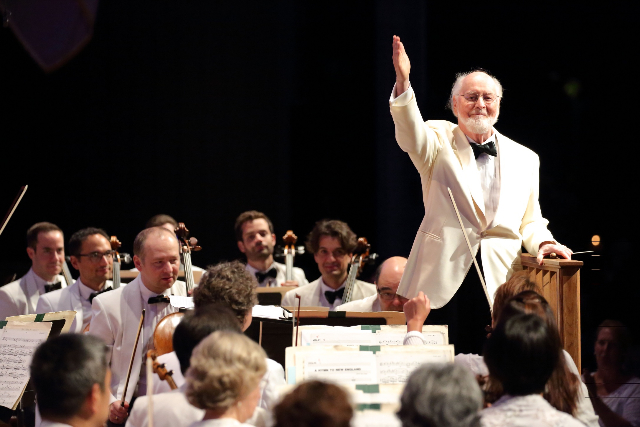 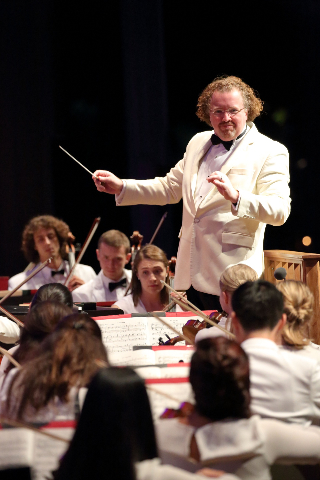 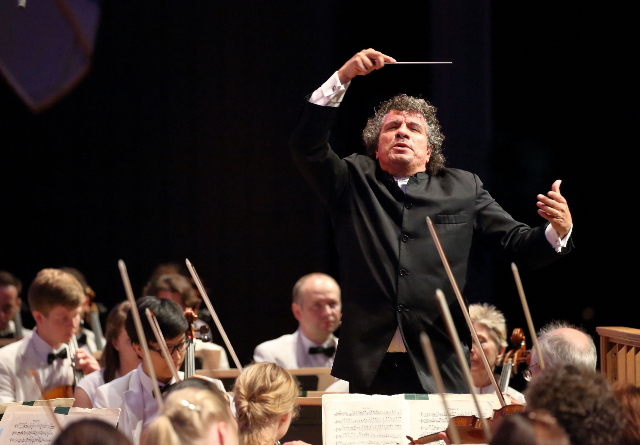 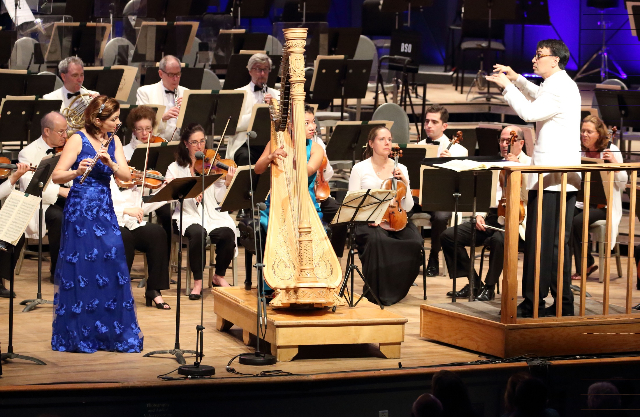 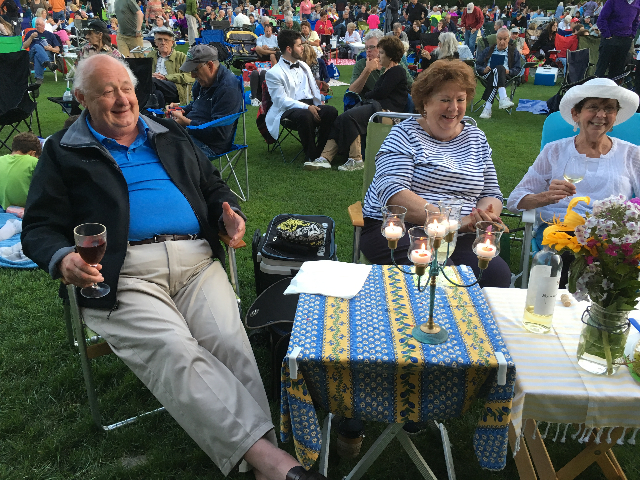 Kicking back with a nice glass of wine. 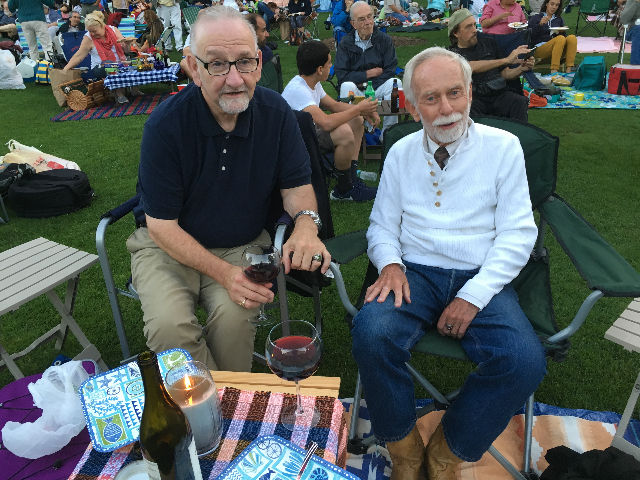 Enjoying the festivities on the lawn. 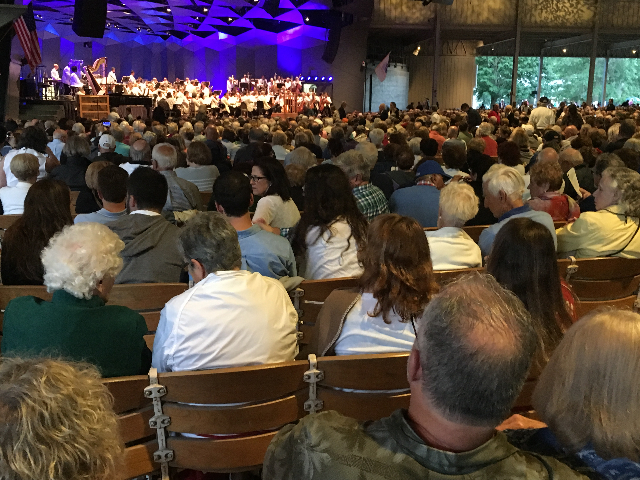 What do John Williams, Stephane Deneve, Ken-David Masur and Giancarlo Guerrero have in common? The answer: They are the three conductors that led the Boston Symphony Orchestra, Boston Pops and the Tanglewood Music Center Orchestra at ‘Tanglewood on Parade’, the festive annual jamboree of orchestras, which took place on the grounds of beautiful Tanglewood in Lenox, Massachusetts.

The yearly tradition of ‘Tanglewood on Parade’ was blessed with fall like weather, sun shining during the opening program in the early afternoon, ending in near dew-like conditions when the canons boomed and the fireworks spectacle took place after the traditional, Tchaikovsky, ‘1812 Overture’ was played.

Conductor John Williams, at 84, was in top form as he led the Boston Pops, with his 2015 score of Star Wars: The Force Awakens. Williams noted that the music would sound even better if it had been presented with the movie’s special effects. John Williams was very talkative during the evening, as he led the Pops in "Of Grace and Majesty” and his most recent and 27th collaboration with Steven Spielberg based on the film, The BFG (Big Friendly Giant).

Williams expressed his delight with Tanglewood and the students that benefit from events like  ‘Tanglewood on Parade.’ He said that ‘Of all of the traditions at Tanglewood, this one is the best.’ The crowd of roughly 12,000 applauded with intensity.

Noteworthy was the yearly appearance of guest conductor, Stephane Deneve, a crowd favorite, known for his vibrant head-shake that makes curls on his head dance with each Herculean motion of the baton. He led the Tanglewood Music Center Orchestra through Ravel’s ‘La Valse.’

Guest Conductor, Giancarlo Guerrero, led 180 musicians into the evening’s masterpiece, Tchaikovsky’s ‘1812 Overture.’. The combination of Boston Symphony Orchestra and the Tanglewood Music Center Orchestra made this very brassy and loud classic even louder then ever, leading up to the canons being fired and the fireworks that followed this breathtaking rendition.

One of the highlights of the evening was BSO assistant conductor, Ken-David Massur leading flutist Elizabeth Rowe and harpist, Jessica Zhou in a ‘Flute and Harp Concerto.’ Rowe is principal flutist with the BSO.

It was night to remember and a high point for the 2016 Tanglewood season.