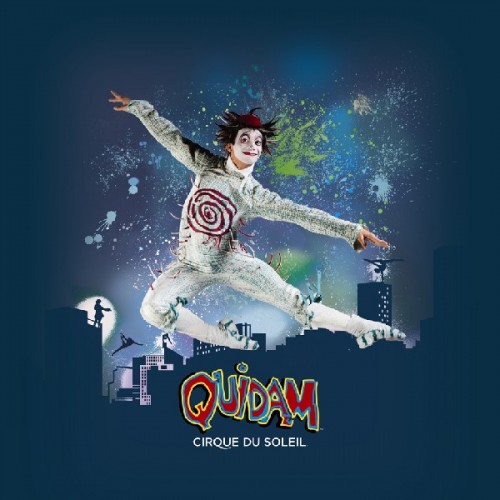 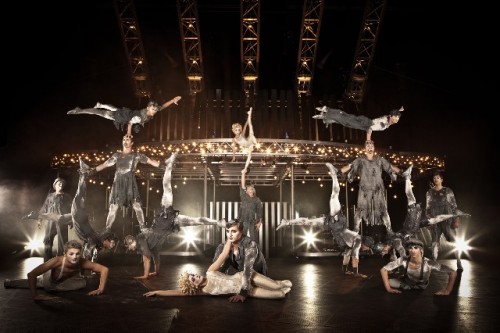 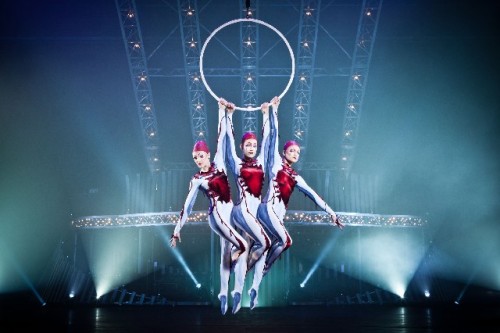 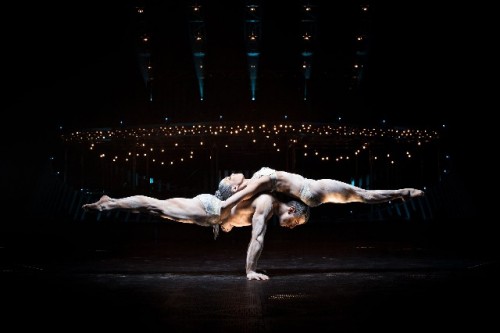 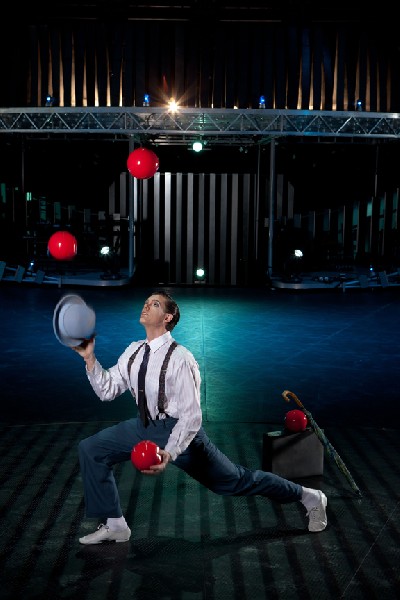 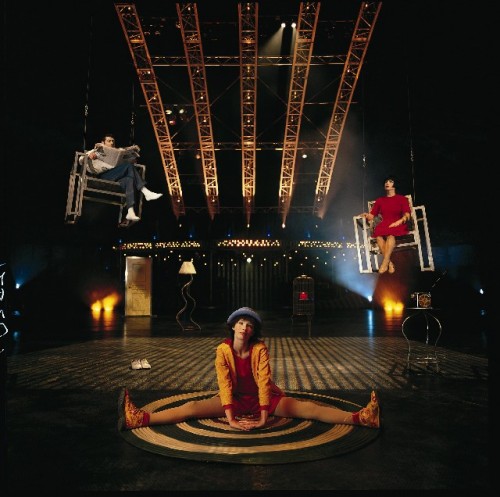 Six years ago ATCA, the American Theatre Critics Association, held one of their two yearly conferences in Las Vegas. As part of the package members and their guests were wined and dined by the entire city. Steve Wynn feted us at supper. The Mirage cut their rates in half. Theatres tripped over their feet to give us tickets, and the Cirque du Soleil, generously blessed us with primo seats to their productions of O, La Reve, Ka, Zumanity, Mystere, and Beatles Love. At the time these, high tech, one-of-a-kind, richly produced extravaganzas – new to many of us – catapulted us to near heaven by the otherworldliness of their sets, sumptuous music, ornate costumes, and the harrowing, often death defying, split second timing required of all performers. Equally exciting, which enlarged our Cirque experience, were our backstage guided tours and the crazily ornate Vegas hotels that housed most of these productions.

Having seen six Cirque du Soleil productions in one week – too much of a good thing can kill – I was dangerously close to ODing from too much Cirque. The result being on leaving Las Vegas my desire to see another one of their extravaganzas was dead in the water, that is, until their Randall’s Island production of Ovo came to New York City a several years ago. The calling card was Randall’s Island. I just had to see how the troupe would fare in a totally different venue. I figured a touch-up wouldn’t kill me. Surprise of all surprises, again I was overwhelmed by Soleil’s glorious pomp and circumstance coupled with the intimacy of the tented venue which allowed me to feel that I was part of each act. An excitingly full house – the venue was bursting at the seams with the oohs and aahs of an audience well pleased – further added to my enjoyment

I wish I could say that Quidam, Cirque’s recent offering at the Barclays Center – another calling card venue – was an equally joyous occasion.  But alas the evening, with many empty seats, too few oohs and aahs, and numerous late arrivers’ trekking down the aisles, was riddled with disappointment. Other than Benoît Jutras’ rapturous music which actually made me swoon, I found this Cirque du Soleil experience tedious. Half of my dissatisfaction was with the venue itself. More a concert and sports arena – it may have worked for Barbra Streisand’s voice – but this edition of Quidam was swallowed up by the venue’s cavernous surroundings. From my seat, it was like watching ants move about the stage. A large video screen would definitely have helped. More disappointment came with the production’s all too familiar ‘innocent character’ storyline, overly used by many of Cirque’s  productions to house their jugglers, acrobats, and clowns—in this case Zoe, a innocent young girl, alienated and ignored by her parents, dreams up a whimsical world.

I found the following two hours with one intermission and ten acts, though flawlessly executed by the troupe’s nubile and accomplished performers – I’d like to see you hang, twirling without net, some fifty feet in the air like Tanya Burka, or pivot through the air on hoops suspended above the stage (Julie Cameron, Lais Camila) or for that matter be the top guy on a pyramid – tedious. Too soon, I was desperately craving a sense of surprise, something that I never had seen before – variations of these same acts have been around forever – which this Quidam was not offering. As my attention started to wander thoughts of the old Ed Sullivan TV variety show which ran for 23 years (1948-71) started to flood my mind. For those young ones who have no idea what I am talking about Sullivan’s shows also featured acrobats, jugglers, and an occasional clown. But Ed didn’t stop there. He added magicians, popular comedians, singing stars, a hot jukebox favorite, a figure from legitimate theater, an athlete, and for the kids, a visit with puppet" Topo Gigio, the little Italian mouse."  In a retro mood, I wanted to return to the 50s.

Bitching and moaning aside – this is what curmudgeonly critics sometimes do – I am sure that newcomers who have not had the Cirque du Soleil experience, folks who are addicted to circuses in any form, shape or venue du jour, and children who are so easily pleased, a great many thrills may still can be had. Quidam, is still on tour, and 18 other Cirque du Soleil shows are currently holding court at venues in both the US and around the world. To find what Cirque is playing on what continent, in what country, in what city, and when it will be coming your way, log onto www.cirquedusoleil.com. Here you can buy tickers, posters, CDs, T-Shirts, and gift cards.

For those theatre history buffs who crave information Quidam is the ninth stage show produced by Cirque du Soleil. Originated as a big top show it premiered in Montreal in April 1996 and has since been watched by millions of spectators around the world. Beginning with Quidam’s 2010 tour in North America which is still going strong, it was converted into an arena format.The show's title refers to the feature character, a man without a head, carrying an umbrella and a bowler hat. Quidam is said to be the embodiment of both everyone and no one at the same time. According to Cirque du Soleil literature "Quidam: a nameless passer-by, a solitary figure lingering on a street corner, a person rushing past, one who cries out, sings and dreams within us all."