I Left My Heart in San Francisco

Theatre Critics Met by the Bay 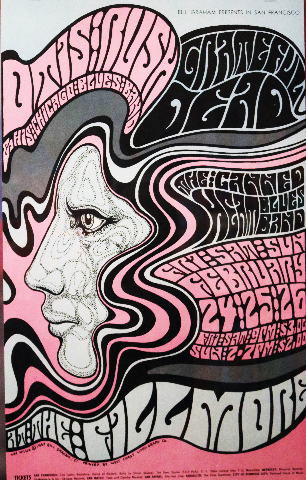 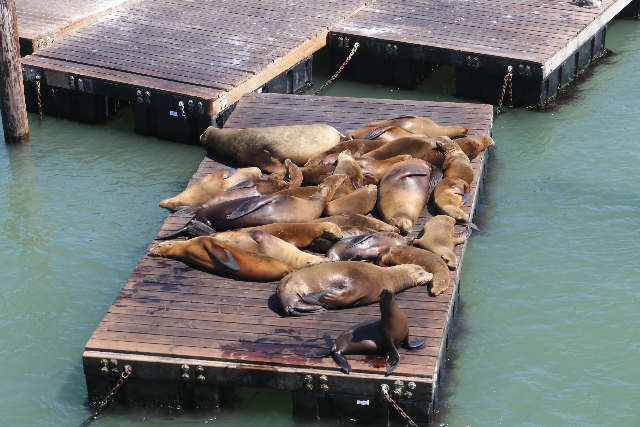 Theatre critics have been known to wander from their traditional ‘two-on-the-aisle' theatre seats to sally forth in the cities where they hold their annual conferences.  This year the American Theatre Critics Association (ATCA) held its conference in San Francisco, the fabulous “City by the Bay”.

Coincidently, the 2017 ATCA conference took place at the same time that San Francisco is celebrating the 50th anniversary of the city’s now famous 1967 “Summer of Love” revolution of sexual freedom, psychedelic flower-power, pot, and tons of young people with raging hormones.   Those 1967 events launched the movement that set staid and conservative American parents on their ears. It was the beginning of what came to be known as the Hippie Generation.

Fifty years later San Francisco is an even more popular world-class tourist destination with attractions where one will hear the sounds of many languages and accents and see all manner of dress and fashion, along with world-class cuisine.  Theatre critics are generally night people.  Curtains go up at 8 PM.  So that leaves us with plenty of free daytime hours to spend enjoying sites and activities that San Francisco has to offer – and there are plenty of them.

San Francisco is both a daytime and a nighttime fairyland of lights and sounds. A tip that will please all city dwellers is: please don’t refer to their city as “Frisco”.  They are very proud of their city, so when using its name in conversation please say San Francisco.  You’ll always get an appreciative smile in return.

So, how does one maximize one’s free time while enjoying the beauty and the attractions of this fabulous city that former San Francisco Chronicle columnist Herb Caen immortalized years ago in print, by calling his magical city:  ‘Baghdad by the Bay’?
For starters, inquiries directed to San Francisco TRAVEL at www.sanfrancisco.travel, would be a good jumping off point. They can give you the latest information when it comes to hotels, sightseeing, dining, as well as live theatre options to check out.

San Francisco and the Bay Area has over 400 theatre venues and has a play or musical to please even the fussiest of theatre-goers. Union Square is in the heart of the ‘the city’ as the locals call it and is San Francisco’s theatre district, boasting large, medium, and small theatres from which to choose, be it a play, a musical, or a cabaret act.

First time visitors definitely should check out popular attractions such as Fisherman’s Wharf where you will find more fresh tantalizing seafood options and atmosphere here than one can imagine.  Dining experiences with lobster, Dungeness crab, oysters, Ahi tuna and all varieties of mouthwatering sushi creations will be one of many memories you will take back home to share with others.

If you’re an evening person and looking to take the chill out of the city’s famous bayside winds, stop by the Buena Vista Café located near the Wharf.  It’s known for its ‘Irish coffee and atmosphere’ and is a good choice to .enjoy both.  I did.  It’s old San Francisco inside.  Take the Powell-Hyde cable car to its terminus point.  The Buena Vista Café is on the corner.  For chocolate lovers, nearby Ghiradelli Square has to be a must stop visit on your San Francisco bucket-list.  Chocolate and ‘Sweets’ shops abound.  Hard-core devotees can easily embrace the culture of ‘death by chocolate’ here and live to talk about the experience.

Another must see bucket-list attraction is a visit to America’s infamous Alcatraz Island Federal prison. Back in its heyday it was home to some of America’s most notorious gangsters and hard-core bad guys.  Celebrated criminals like Al Capone, George “Machine-gun” Kelley, and Robert Stroud, ‘the Birdman of Alcatraz’ prisoner made famous by the 1962 Hollywood movie starring Burt Lancaster as Stroud; all listed Alcatraz as their final home addresses.  Very few prisoners ever walked back out through its gates to freedom.

For those who feel a visit to a prison isn’t a high priority item on your holiday radar screen or worth a visit; rethink your decision.  Over one million visitors a year take the trip and audio tour (audio cassettes are available in several languages).  It’s an interesting, informative, and a sobering experience but definitely worth the time.  When ATCA colleague Ed Rubin and I took the tour we could not help but feel the frustration and the depression its prisoners must have experienced on a daily basis knowing that San Francisco, when balmy bayside winds at night would carry the sounds of the city and freedom to the prison, was just a mile and a half away.

Also, there is a subliminal message and a reminder that comes free of charge with your tour ticket: Always Obey the Law! The Alcatraz Island Federal prison was closed permanently as a penitentiary in 1963.  For information or to book a reservation for the Alcatraz trip contact the official ferry provider at: www.alcatrazcruises.com. Another tip: the Bay can get windy and chilly at times, so take a windbreaker/jacket or a sweater for the scenic 15 minute ride to ‘the Rock’ and also while visiting the island prison. You can thank me later.

On a lighter note, no trip to San Francisco is complete without a visit to the country’s oldest Chinatown community where dining becomes a delicious adventure in Chinese cuisine.  Far East culture springs from every doorway in Chinatown with merchants displaying their wares both inside and outside their shops.  There are always bargains to be had in San Francisco’s Chinatown, but bring you’re A-Game skills when it comes to savoring the art of ‘haggling’.  The Chinese are very skilled in this time-honored tradition. I usually get low marks in ‘Bargaining 101’.

If you’re into Italian cuisine, San Francisco’s North Beach district is where cool jazz music and the Blues come together and can be heard while enjoying great Italian food. The area also is a pizza lovers’ delight. We critics get hungry after reviewing a play or musical, and the City’s culinary options are many and varied depending on what meets your fancy or your mood at the moment.

San Francisco is one of America’s great, exciting, and sophisticated cities.  Its museums, parks, and opera season are second to none.  There is always something interesting to see and do.  No doubt about it. That’s why a lot of people who visit this shining jewel leave their heart in San Francisco as the lyrics in the city’s signature song states. So get those travel reward credit cards out now and begin planning your first or your return trip to America’s bejeweled City by the Bay. Bon Voyage and Bon Appetit.

Remember, a great nation deserves great art.  Support your hometown theatre and arts communities.  I can’t wait to experience the 2018 American Theatre Critics Association conference, which will be which hosted by the American Players Theatre company in the rustic forest setting of Spring Green, Wisconsin.