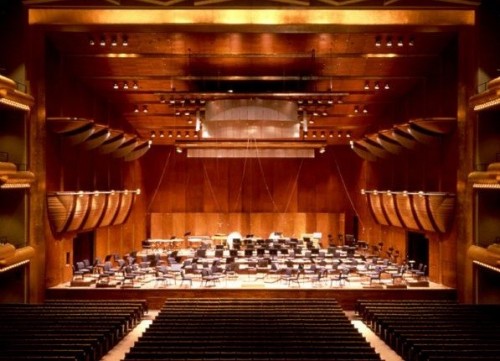 Avery FIsher Hall is scheduled for yet another renovation in 2017. The audience will be brought closer to the musicians. The house will be smaller. Can the acoustics ever be made to work? It is such an ugly beast, should it be torn down? 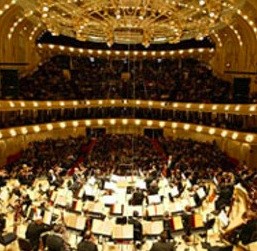 Chicago gets it right. Terrace seats are a horseshoe around the orchestra, facing the conductor. You are in the middle of the sound. Glorious. Young people love it.

Denver is considering a plan to demolish Boettcher Concert Hall and build an outdoor amphitheater where it is located in the Denver Performing Arts Complex.

The 2,600-seat concert hall home to the Colorado Symphony Orchestra, which has played there every season since it opened in 1978.  A renovation costing $17 million is now being questioned.

In a formal statement, the CSO countered:  "The City of Denver's proposal to demolish Boettcher Concert Hall is out of step with the spirit of innovation and visionary thinking that define modern Denver. Great cities — and great leaders — respect and protect institutions while embracing change and growth. To even propose the demolition of a beloved community asset reflects a lack of both vision and leadership."

The CSO has asked to see the city's financial data on the viability of an outdoor venue.

The city has made it clear that they want to build an outdoor amphitheater downtown as a way of expanding the diversity of audiences who use the arts complex. Ellie Caulkins Opera house and the Buell Theater are about the same size as the Boettcher and could be used by any organization requiring a hall of this size.

Other suggestions include reducing the size of teh current theater.   DPAC lacks a smaller venue where groups that draw audiences of 500-1,500 can perform.  Groups not now suited to the Center could be included with a hall accommodating that size.  At present the DPAC has a mostly white and older audience.

Most major orchestras do have a home of their own, but as Alex Ross suggested in his provocative article, the time may come when this makes no sense for symphonies.  The CSO does raise hundreds of thousands for the complex through Denver's seat tax, a fee tacked onto every seat sold at a city-owned venue. Presumably if it had another place to perform in the DPAC this revenue flow would continue.

If the CSO moved into the Ellie Caulkins Opera House a few doors down in the complex, it would share space with Opera Colorado and the Colorado Ballet.  A little overcrowding and full houses might be the wave of the future.