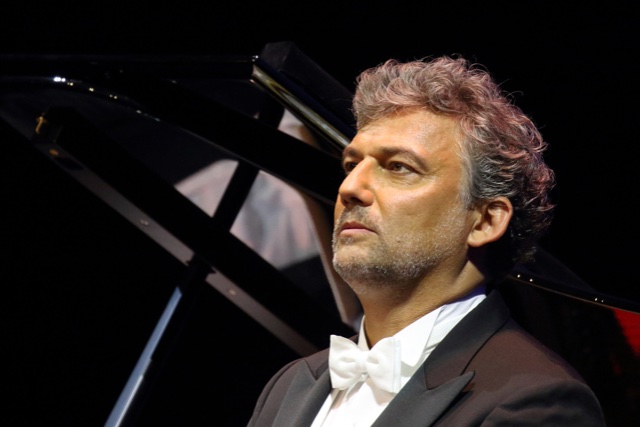 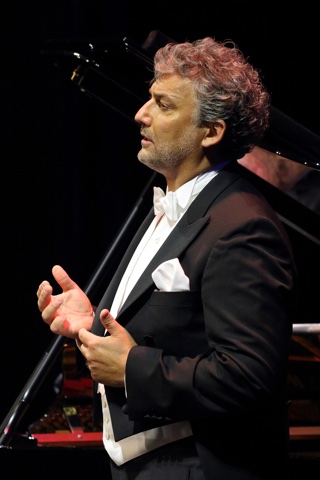 The hand gesture which you see here is stationary, an offering. 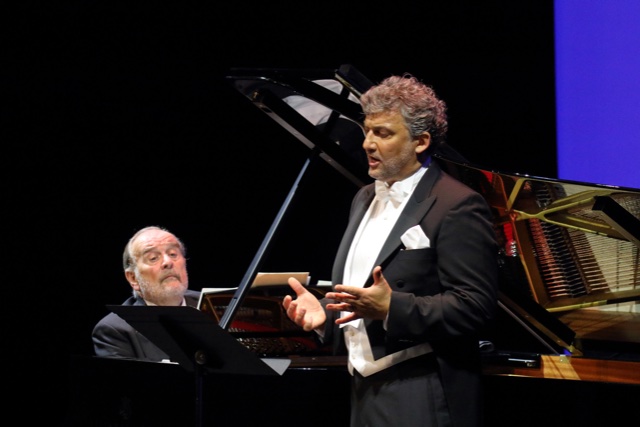 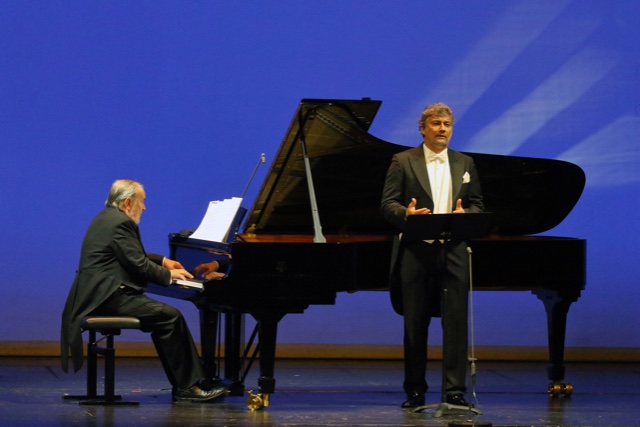 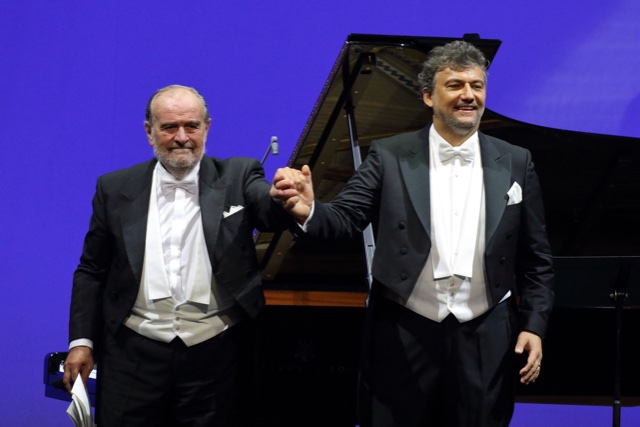 A well-deserved response to the audience's enthusiasm.

Jonas Kaufman and Helmut Deutsch have long been partners in song.  Kaufman recently withdrew from performances at the Royal Covent Garden opera house due to the impact of Covid 19 on his voice.  His return was welcomed at the National Theater in Munich.  Extra seats had been added at the front of the theater.  Although Kaufman’s voice easily fills this theater, it is fun to be close to such a handsome man.

Yet it is the voice that we yearn to hear.  Here it is again in Munich, his birthplace, in both grand glories and the most minute and melodious detail. The advantage of long term collaboration with Helmut Deutsch is clear. Inflections, accents and nuances are exchanged, voice to piano and piano to voice.

Most striking about Kaufman as performer is that he stands still.  His body does not sway.  His hands don’t move, a repressed gesture that is often difficult for singers to suppress, because they intuitively feel that hands help to draw forth the voice. Kaufman is such a master of technique that he does not need any movement aids to help him bring to his voice all the subtlety and drama a song requires. Everything resides in his voice itself.

And masterful it is.

The program begins with some of Kaufman’s favorite romantic songs from Schubert, Brahms, Strauss, and Mahler among other masters. A delightful “Adelaide”'(Beethoven) led the program. Love and longing are central themes of “Selige Stunde,”  by Alexander von Zemlinsky.

Kaufman is a champion of Franz Liszt, underperformed as a lieder composer.  Helmut Deutch notes: "Liszt deserves to occupy a leading place in the history of the art song, and yet even today he is denied this status. Jonas Kaufmann has been singing Liszt’s Petrarch settings – exceptionally demanding from a vocal point of view – for many years. During that time he has added further Liszt songs to his repertory. It is a source of tremendous pleasure for me that I have been able to share my enthusiasm with him.”

Kaufman is a specialist in the suppressed voice, which smoulders in sexual tones and yet doesn't burst out.  It leaves the audience breathless.

Liszt’s “Die Loreley” ended the formal program. Its final pianissimo melts in the ear and heart.  Kaufman is very much in the moment and full of emotional surprises.

Encores included Carl Bohm’s, "Still Is the Night," which brought down the house. Kaufman finally had to sing Brahms’ "Lullaby."  The audience took the hint. It was good night and goodbye. And hear you again soon.