Chicago Exhibition of Jazz and Art

At Museum of Contemportary Art 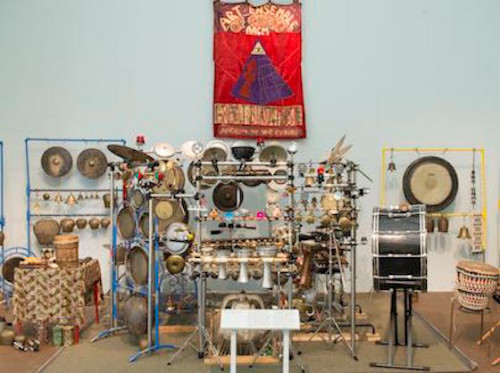 Equipment of the Art Ensemble on display. 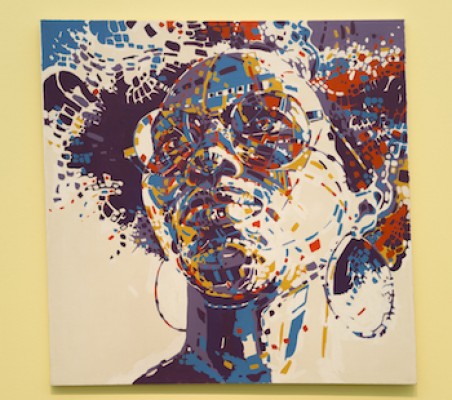 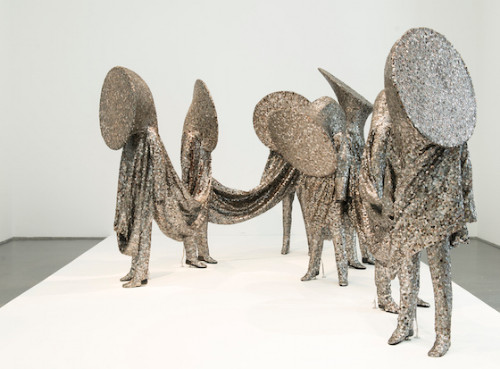 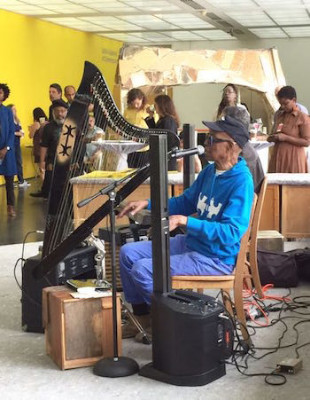 The Museum of Contemporary Art is continuing its bold approach of exploring the confluence of the visual arts with other creative forms. The newly opened exhibit, The Freedom Principle: Experiments in Art and Music, 1965 to Now, celebrates the 50th anniversary of Chicago's experimental jazz collective, the Association for the Advancement of Creative Musicians (AACM), which continues to expand the boundaries of jazz.

The exhibit, which opened July 11 and fills the museum's fourth floor galleries, is made up of several major installations and walls of vivid paintings that reflect the color and life of music. Many archival materials, such as photos, posters, record jackets, banners and brochures, establish a rich historical context.

The new exhibit is not the blockbuster that the MCA hosted with the 2014 show David Bowie Is, which explored all aspects of music, art and design in the career of the British musician and involved sophisticated technology. That exhibit was originally curated by the Victoria & Albert Museum of London and traveled to a number of international cities. (Chicago was the only US destination.) Also it was an exhibit with a special price and timed visits. The Freedom Principle exhibit is included with your regular MCA admission.

MCA curator Naomi Beckwith and former MCA senior curator Dieter Roelstraete organized The Freedom Principle exhibit. The exhibit combines historical materials with the responses of contemporary artists to the heritage of the 1960s black avant-garde in Chicago and elsewhere. The result blurs the lines among art, music and design. There are deep Chicago roots to this exhibit but it also brings in the work of visual artists from around the world. The title of the exhibit is taken from a 1984 book by John Litweiler, a Chicago jazz critic.

The AACM was formed at a time when jazz was declining in public interest. Rock and roll was monopolizing radio playlists and the recording industry and lucrative club dates were hard to find for jazz musicians. The founders--pianist/composer Muhal Richard Abrams, pianist Jodie Christian, drummer Steve McCall, and composer Phil Cohran--decided they needed to create their own concerts and their own sounds. Although the group probably has never been well known in mainstream music, they've been recognized worldwide by awards and honors. The MacArthur Foundation awarded genius grants to two of the members: George Lewis (2002) and Anthony Braxton (2013). Cohran (shown right) performed at the exhibit press opening on harp and frankiphone, an electrified lamellaphone that he invented.

Among the dramatic installations created by the AACM and other musicians are:

A stunning AACM stage set from the late 1960s, displaying the broad array of percussion and other instruments, including toys and mallets, cymbals and hand drums, and pots and pans.

Speak Louder (2011), a mixed media exhibit made up of Sound Suits by Nick Cave, a Chicago artist and professor of fashion design at SAIC (not to be confused with the front man of the Australian rock group, Nick Cave and the Bad Seeds). The seven linked figures, which can be worn as stage costumes or exhibited as sculptures, are made of metal armature covered in black mother-of-pearl buttons and embroidery floss.

The galleries are divided into an historical gallery of paintings, photos and artifacts from the early days of the movement, such as Nelson Stevens' painting, Towards Identity, from 1970, and later contemporary galleries featuring film, painting, photography and sculpture.

The Freedom Principle exhibit continues at the MCA, 220 E. Chicago Ave., through Nov. 22 (and will be on display at the Institute of Contemporary Art at the University of Pennsylvania beginning in September 2016). Performances featuring local musicians, artists and poets are scheduled in the fourth floor lobby throughout the exhibit.

The MCA is open Wednesday through Sunday 10am to 5pm and Tuesday 10am to 8pm. (Museum admission is free on Tuesday to Illinois residents.) Suggested general admission is $12 or $7 for students and seniors. For more information, see www.mcachicago.org or call 312-280-2660.