At the Old Place by Rachel Bonds

At the La Jolla Playhouse 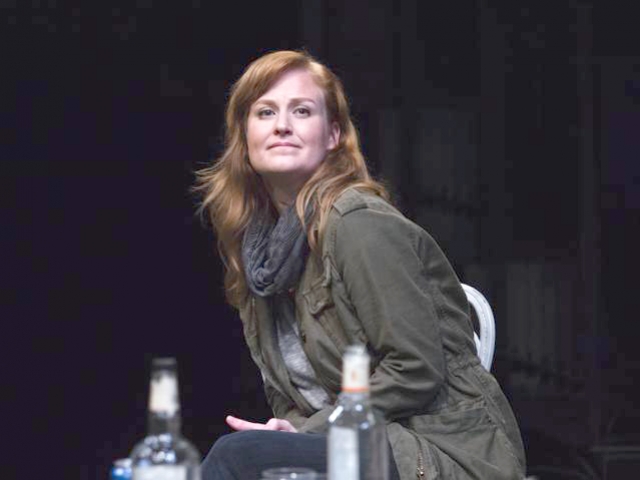 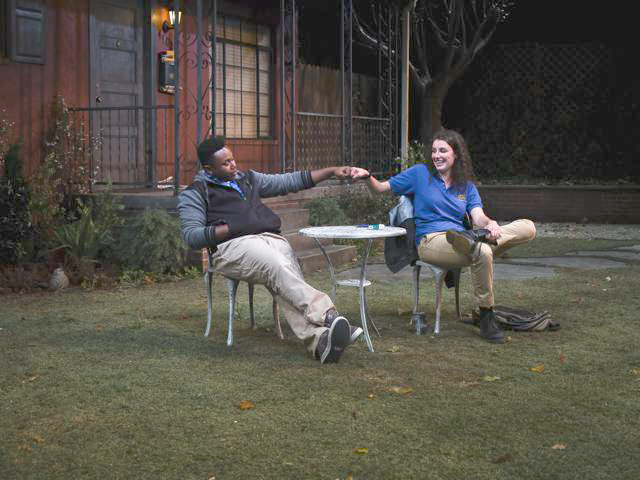 Marcel Spears as “Will” and Brenna Coates as “Jolene”, 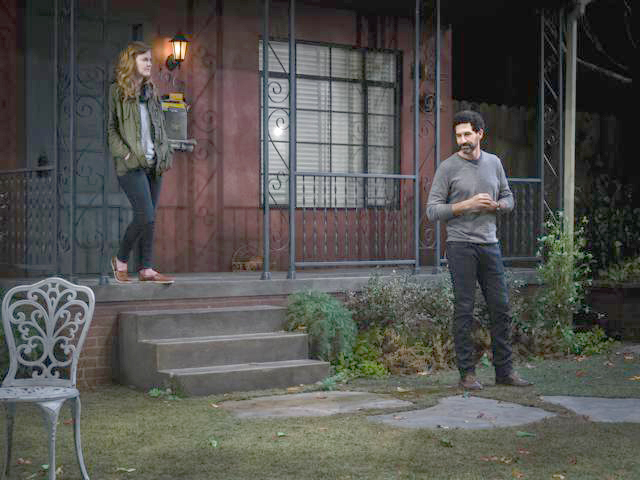 Heidi Armbruster as “Angie” and Benim Foster as “Harrison” 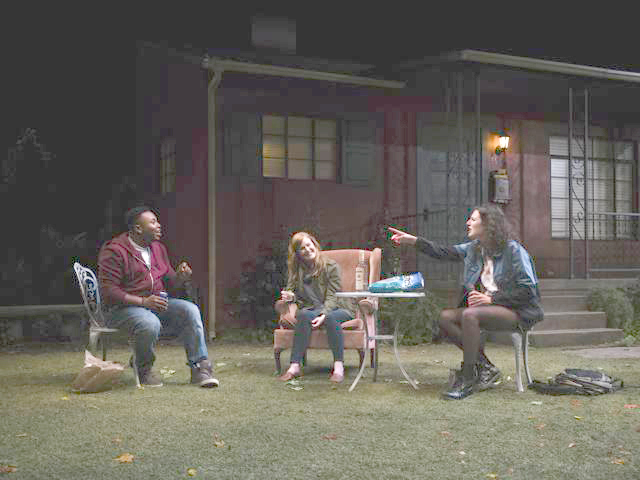 It appears that the famous North Carolina novelist and writer Thomas Wolfe, was correct in his observation about ‘one not being able to go home again’.

I’ve often mused over the verity of that phrase. However, after seeing a production of  “At the Old Place” at the prestigious La Jolla Playhouse, by playwright Rachel Bonds, I’m of the mind that perhaps, there are reasons why even biblical prophets were not honored in their hometowns. It’s possible that the people didn’t understand what the storytellers were saying.

Bonds’ dramedy/nostalgia piece, directed by Jaime Castenada, leaves one perplexed even to the point of what is this playwright trying to tell us about the four characters she has created for this play? What are we supposed know about them in order to engage with them and their reasons for being onstage? After all, the idea behind writing a play, movie, or book is to communicate the author’s the ideas and feeling with one’s readers, viewers, or live audiences. N’est-ce pas?

In “At the Old Place”, the story, set in rural Richmond, Virginia, centers around Angie (Heidi Armbruster) who is trying to come to grips with any guilt and closure that occurs following the death of her mother and the unrequited issues that linger and eventually fall to her for resolution. One unfinished piece of business that takes her back is the sale of her mother’s house.

Children usually see life and family events through a different lens than adults. When adults finally do ‘go home again’ either to grieve, or handle the estate as in Angie’s case, we often bring our old family memories and our old baggage with us.

Angie returns to the home to check on final details on the selling of the house, only to find two young people drinking and snacking in her front yard. They apparently know that no one lives there because the For Sale sign has no Sold banner across its front. Twenty three-year-old Will (Marcel Spears) and potty-mouth eighteen-year-old Jolene (Brenna Coates) are non-threatening, but resent having been asked to leave what they have come accept as their hangout. A fourth character Harrison (Benim Foster) turns up later in the play, to become the only ‘adult sounding’ person in room.

It’s not very clear where this very thin storyline – where nothing happens or anything of substance takes place – is going and the banal dialogue that is spoken doesn’t provide any indication either. To make matters worse the set design by Lauren Helpern, doesn’t do the cast any favors by placing the house way up stage center, to the effect that a great deal of the dialogue is lost to the audience.

Director Castenada is complicit here. Why didn’t he and his designer merely move the house closer to the audience? The blocking would remain the same, but at least the audience would able to hear the dialogue, which at times is swallowed or mumbled so low by Angie and Will in their exchanges that it becomes a chore just trying to remain focused on the action taking place on stage.

Jolene, on the other hand, has the vocal power to drown out everyone on stage. Her excitable, potty-mouthed dialogue that the teenagers of today love to deliver at warp speed is full of expletives – I stopped counting the F-Bombs that Jolene hurls from the stage at fifty plus, in the first 15 minutes of the play – robs the audience from staying engaged. I don’t care that this is how some teenagers speak these days. It’s off-putting; making the audience tune out when expletive-driven dialogue and story points made, go on ad nauseam. Have today’s playwrights given up the trusty old Thesaurus as a means for coming up with synonyms? It makes one wonder. Back in the Roman days some playwrights wrote for their own pleasure, not to be performed by actors, it was called ‘closet drama’. It was a format that never caught on…

I mentioned earlier that Harrison (Benim Foster) appears to be the only adult in the play, however, even he cannot (in only a few on stage moments) bring any clarity to this 89 minute, no intermission, theatrical adventure. My disappointment is with the playwright and the director both of whom have credits galore. The actors and the technical team very rarely disappoint, despite the narrative text. This time I’m afraid the dark and murky side carries the day. One might ask out loud: What were they thinking?

The creative team led by Castenada has a set design by the above-mentioned designer Lauren Helpern, with lights by Lap Chi Chu, and sound by Melanie Chen. “At the Old Place”, performs in the Mandell Weiss Forum and runs through July 30, 2017.

The La Jolla Playhouse is one of the country’s leading Regional theatres. Congratulations go to Artistic Director Chris Ashley and the Playhouse on winning a 2017 Tony Award for his splendid direction of the musical “Come From Away”.