A Psychiatrist Appointed President of BSO Board

Dr. Paul Buttenwieser to the Rescue 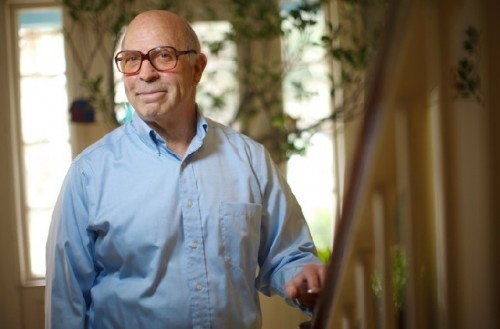 Dr. Buttenwieser on call for the Boston Symphony 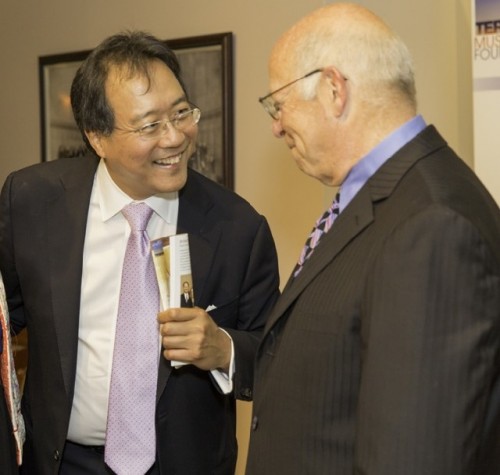 Yo Yo Ma and Dr. Buttenwieser, Collaborators 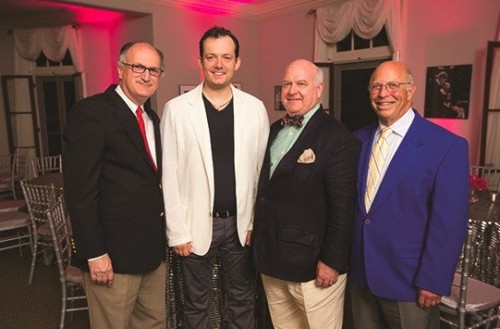 Well, well, well. A recent BSO press release announced the appointment of psychiatrist Dr. Paul Buttenwieser as President of the Boston Symphony Board.

Here is the bio as presented in the press release:"Dr. Paul Buttenwieser is a psychiatrist specializing in psychoanalysis, child and adolescent psychiatry. He earned a bachelor’s degree in history and literature at Harvard College and his M.D. at Harvard Medical School. He established his own psychiatric practice in 1971 and has taught at Harvard Medical School, Beth Israel Hospital, Children’s Hospital, and the Boston Psychoanalytic Institute. He is also a writer, the author of two novels, Free Association and Their Pride and Joy, and several short stories.

In 1988, Dr. Buttenwieser and his wife, Katie, founded the Family-to-Family Project, an agency working with homeless families in the Boston area. He recently stepped down as chairman of the Institute of Contemporary Art, Boston, after a decade of leading the Board of Trustees. During his tenure, he led the ICA in two capital campaigns for its new waterfront building, which opened in December 2006, and to establish an endowment and permanent collection. He is a Trustee and former Chair of the American Repertory Theater, a Trustee of Partners in Health, an honorary Trustee of the Museum of Fine Arts, a member of the President’s Advisory Council at Berklee College of Music, a member of the Director’s Advisory Council of the Harvard University Art Museums, and a Fellow of the American Academy of Arts and Sciences. He was formerly a member of the Board of Overseers of Harvard University. At Harvard’s 2010 commencement, President Drew Faust awarded him the Harvard Medal for services to the University."

What does his appointment say about the future of the BSO? His involvement with the Berklee College of Music suggests that contemporary music may come to the front of programming. Nelsons will be conducting Christopher Rouse and Rolf Martinsson in upcoming concerts.

Berklee was founded a half century ago on the then novel principle that students best prepared for careers in music through the study and practice of contemporary music. Degrees are awarded in jazz, rock, electric guitar, song writing and electric production among many other disciplines.

Roger Brown, a president of Berklee has said, "I think of Paul as the Yoda of arts and culture in Boston, especially mentoring younger leaders.  When he got involved in Berklee, it was a huge coup for us, because it signaled to so many people, we must be doing something right.”

As a trustee and chairman of the American Repertory Theatre he completely supported the young and greatly gifted Diane Paulus when she took command.  Paulus recalls, that Buttenwieser told her right away to call whenever she needed anything, “even if it’s two in the morning.”  “In my first years at the ART, I always knew I would get an e-mail from Paul within an hour of an opening night,” Paulus says. “And he would write to me about what he had seen.”

Buttonwieser was on the BSO search committee that picked Andris Nelsons.   Of the five trustees on that committee, four were either the board chairmen or, in the case of Joyce Linde, the widow of a board chairman. Buttenwieser was the lone regular ranking member on the influential committee. Last March at Carnegie we talked to an orchestra member about the proposed picks. He was not enthusiastic about Daniele Gatti, who had just conducted. The orchestra members have a right to pick the conductor at the BSO and having a talented listener like Buttenwieser must have been a great help in their decison making.

When Buttenwieser stepped down from the board of the Institute of Contemporary Art, he performed at a sold-out fundraiser. He had studied piano as a young man in New York. The BSO release does not mention this or that he is a descendant of the Lehman banking family, which of course adds materially to his board credentials. But that he is a competent enough pianist to perform with Yo-Yo Ma in a sold out fundraiser is also a credential.

Buttenwieser knows and loves music of many genres, He is in a perfect position to give support to Boston’s new conductor, who will surely need as much good advice as he can get. He is also a vibrant, experienced backboard for Nelsons’ ideas for innovation.

Who wouldn’t want to be able to call Paul Buttenwieser at two in the morning?