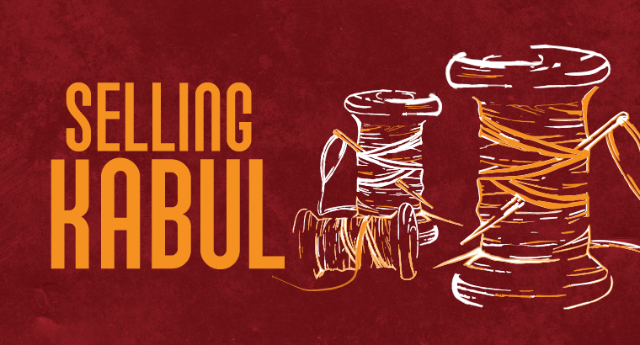 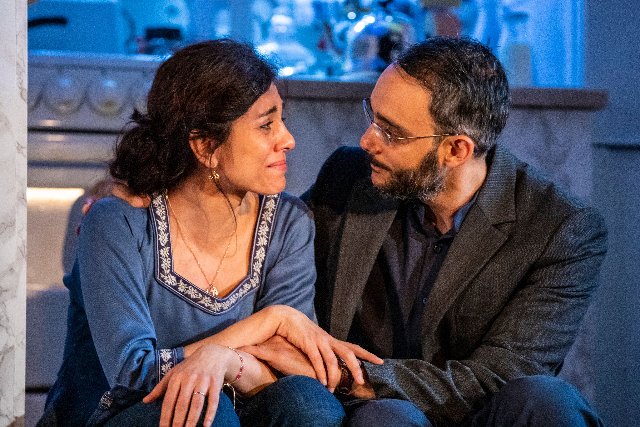 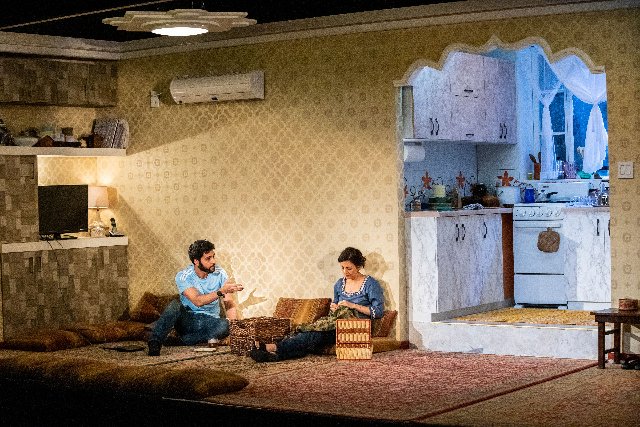 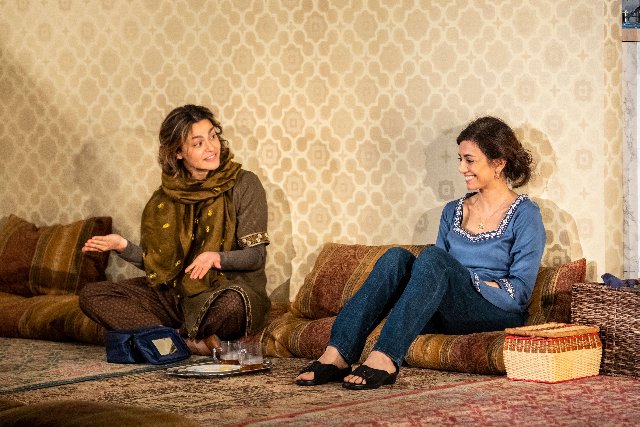 The neighbor Layla (May Calamawy) left drops by. 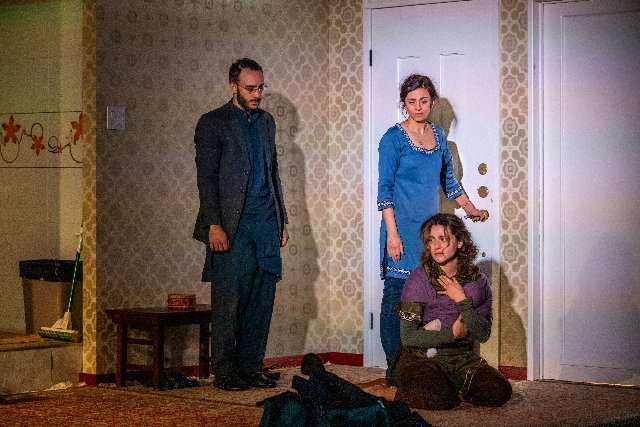 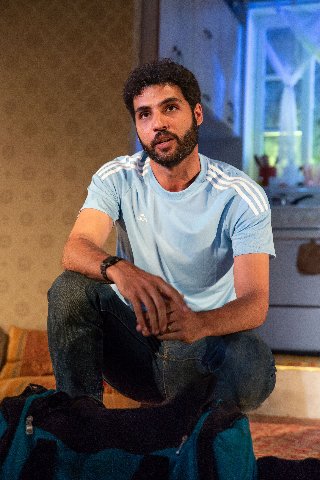 On 7 October 2001 the United States launched Operation Enduring Freedom with the United Kingdom. It was initiated by President George W. Bush, post 9/11, as an effort to root out Osama Bin Laden. The continued presence, now under three administrations, has proven to be our nation’s longest military action. Previously, The Soviet Union fought in Afghanistan from December 1979 to February 1989.

As of July 27, 2018, there were 2,372 U.S. military deaths in the War in Afghanistan. 1,856 of these deaths have been the result of hostile action. 20,320 American service members have been wounded. In addition, there were 1,720 U.S. civilian contractor fatalities. There have also been casualties for America’s allies. Billions have been squandered propping up the corrupt Afghan government of Hamid Karzai who was president from 2001 to 2014. Over 31,000 civilian deaths have been documented and  29,900 civilians have been wounded. Over 111,000 Afghans, including civilians, soldiers and militants, are estimated to have been killed in the conflict.

In Sylvia Khoury’s new play, Selling Kabul, it’s 2013 and the military is partly pulling out of Afghanistan. Interpreters were hired with promises of visas for individuals and families. At risk of reprisals from the Taliban they worked with American troops.

The United States later reneged on that commitment and only a few interpreters were relocated. It is a shameful commentary on American integrity. Many who were left behind were identified, hunted and eliminated. Renounced as traitors stranded former interpreters continue to live in fear of their lives and that of their families.

Dramatizing issues of betrayal and abandonment Khoury has focused on the fate of a single interpreter Taroon (Babak Tafti). Waiting for extraction he is hiding in the apartment of his sister Afiya (Marjan Nashat). He is anxious for news of his visa as well as an update on his wife in labor. Through sibling banter we learn how Jack sold him a bill of goods about the American dream. In a reality check, she interjects that Jack is long gone and Taroon, a collaborator, has been left high and dry.

He tells Afiya of a plan under cover of night to visit the hospital. Even to step outside the apartment, however, risks recognition. He will be shot on sight and there will be a domino impact on his family. She pleads that they will all be killed.

A neighbor Layla (May Calamawy) is drawn into the crisis. She is mother of an infant which, as a plot point, contrasts with Afiya who is having difficulty in starting a family. The Taliban has been asking Layla and her husband questions about the whereabouts of Taroon. Their threats escalate.

The set designed by Arnulfo Maldonado replicates a modest Kabul apartment. In the center of the back wall is a small kitchen with window. It’s where Afiya makes tea and shares what little food they have. There are pillows on the floor but no furniture. On either side of the set are a closet in which he hides, and on the other, a bedroom and bathroom. It’s a claustrophobic space which enforces the mood of the play. Like Taroon we want to escape to see places and events that are referred to. Actions that impact the characters occur beyond the apartment.

With restless energy he fixates on repairing the modem of a TV that hasn’t worked for several days. It’s a modest luxury and signifier of blood money that his brother-in-law Jawid (Omid Abtahi) earns from the Taliban. Aiding in their terrorism he makes ersatz Afghan army uniforms. By impersonating soldiers the Taliban uses deception to launch attacks.

ooThe playwright contrasts Taroon, a “traitor” working for an army of occupation (the Americans), and Jawid who earns money from the fanatical Taliban. War forces good people to do bad things in order to survive.

Exchanges between Taroon and Jawid debate who occupies the moral high ground. With seemingly no choice Jawid has earned the money that feeds and shelters Taroon.  What he and Afiya have saved will fund his escape. Jawid expresses the shame he feels and shares with Afiya. Abtahi delivers the most credible and nuanced performance of this production. His moral ambivalence well expresses the conundrum of Afghanistan.

As played by Tafti it is difficult to develop empathy and rapport with Taroon. We feel his restless, self absorbed anxiety but the actor never achieves the credible range that the role requires. There is petty sibling bickering and discussion of their parents. With nervous energy he has eaten food essential to his planned escape. There is an understated comment that he has lacked basic manners as a guest. They have risked everything on his behalf but his impetuous actions are life threatening.

Every cell phone call and knock on the door escalates the sense of danger. Jawid returns from the hospital with news that Taroon has a son. He presses for details about exactly who was there. He is given disinformation. Apparently his wife has been assaulted and critically wounded.

The role of the neighbor Leyla feels forced. There are the initial friendly visits as Taroon scrambles to hide in the closet. The women share tea and socialize. What seemed casual was not. Leyla is probing to find the hiding place of Taroon. To save her family she will convey that information to the Taliban.

It gets complicated and a horrific plot point inserted by Khoury provides conflict and energy to what had become an agonizing waiting game. With tragic impact there is a last minute, high risk, change of plans.

There is a frenzied blur as the drama races to resolution leaving confusing loose ends. There is a puzzling aftermath as husband and wife sort consequences and face an uncertain future. The lack of resolution and tragic consequences are an allegory for  Afghanistan. After 18 years of American intervention there is no end in sight.