Satie, Ives and Schumann at the Rose Theater 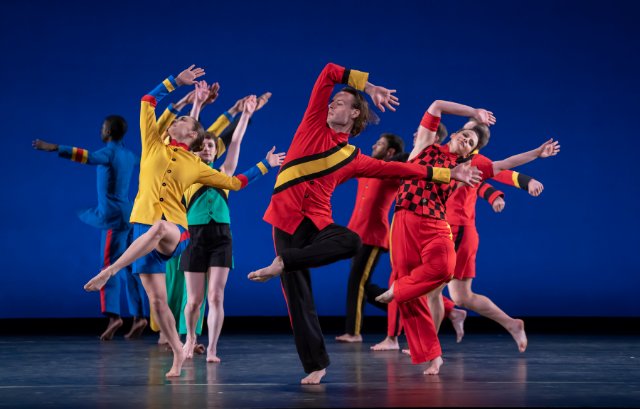 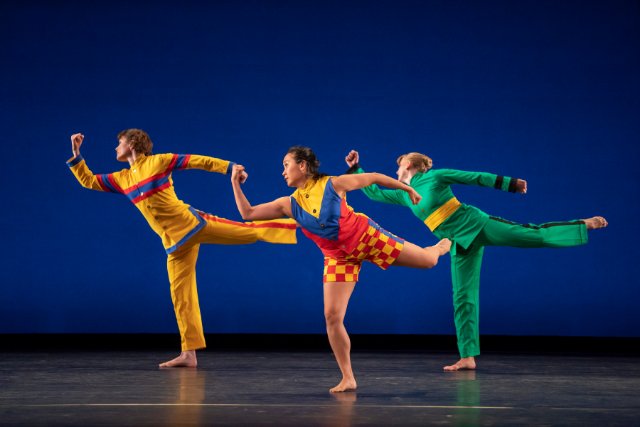 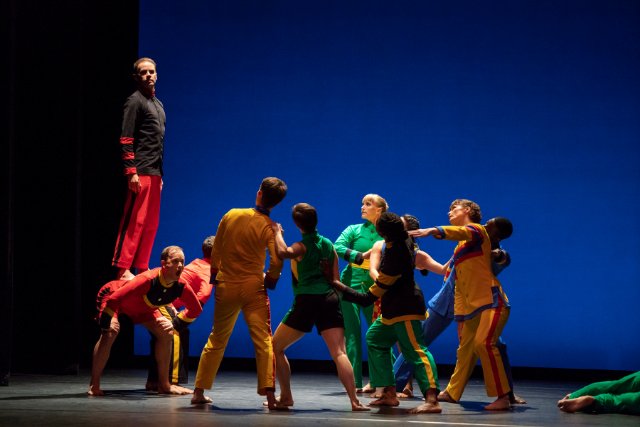 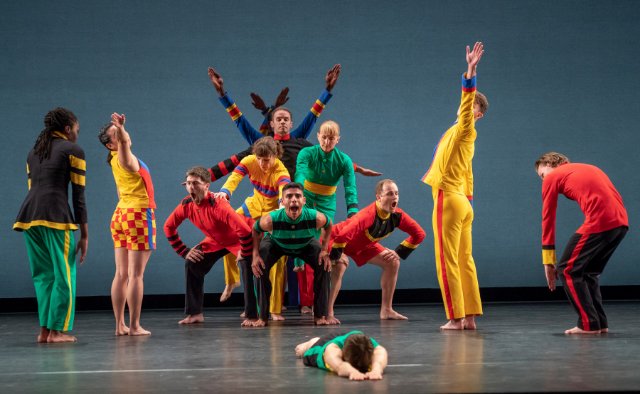 Mark Morris is a consummate musician.  He grew up in a household filled with music. Many of the compositions that are his springboard to dance choreography were embedded in him.

A questioner dared to state that of course music performed for dance was not up to concert expectations. Morris quickly took exception. His standards are the highest.  He expects the music to be performed as written by the composer. He decried excessive rubatos.

Morris means that the caliber of the music first rate. Its performance is first rate too.  He is a conservative, following closely the intent of composers as it exists on the page.  Once Morris asked a young pianist performing a piece for the first time to follow the composer's guidelines.  The pianist panicked.  "My teacher will kill me if I play it that way."

"And is your teacher Mozart?"

First up for the Mostly Mozart Festival evening at the Rose Theater was Sport, inspired by Satie's Sports et Divertissements for the Piano, played by Colin Fowler. Fowler is now a Mark Morris regular who well understands the choreographer's intent.  It is a delightful work in 21 small parts.

Costumed colorfully, the dancers gave us small animals and human folly. The piece starts with an 'unappetising chorale', according to the composer's notes.  Other suggestions are that the fingers tiptoe on the piano.  While the onstage movement is in sync with the music, you never sense Mickey-Mousing.  Instead steps and gestures feel like a visual interpretation of sound.  Satie is simply more fun accompanied by rollicking dance  talent. Georges Seurat's "Sunday Afternoon in the Park" is suggested in one small gem. Instructions to repeat a tango endlessly were delightfully executed. Even an octopus and a crab enchanted.

In one of the 21 moments, we watched Billy Jean King play Bobby Riggs.  Riggs won this one, and flexed his muscles.  Only two umpires appeared on the court.  They bent low on either side of the net to listen for the balls whistle across the cord and determine whether or not the serve had to be repeated because it skimmed the net.  This may be why Riggs won.

The Ives piano trio is a rich work, abounding in references to American folk and church music.  Snippets are easily recognizable. Morris titles his work Empire Garden. Dancers parade around the town square and march to fill the stage. Their purpose was elusive. The trio of Flowers joined by Georgy Valtchev on violin and  Wolfram Kessel on cello, created lovely lines and joined close together for more disturbing dissonances. Elizabeth Kurtzman designed costumes for both Sport and Empire Garden. Lighting by Nick Kolin and Nicole Pearce subtly and delightfully highlighted the dance.

The Schumann piano Quintet inspires a marvel of choreography. Entitled V (a Roman numeral), our eyes join our ears to see musical decorations repeated in a hand and arm gesture.  Lines of the dancers' bodies give sight to the notes. Gesture suggests the movement of the line, up and down, and also its texture.  Crawling in the slow movement takes us down to the dark places in the Quintet.

The sensual experience of ear and eye is teased and satisfied by Morris, who tends to our experience from all angles and all senses.  He intuitively makes the case for music by its very nature turning to dance.  Maybe the audience will fill the aisles to accompany him one of these days.