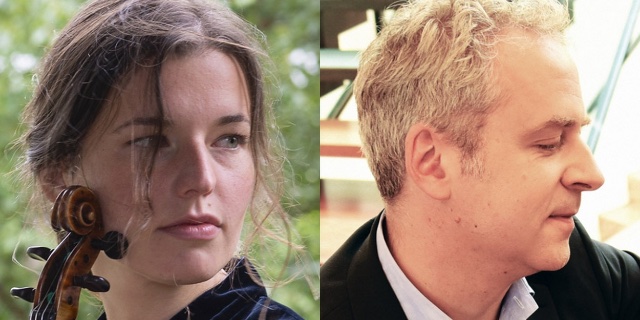 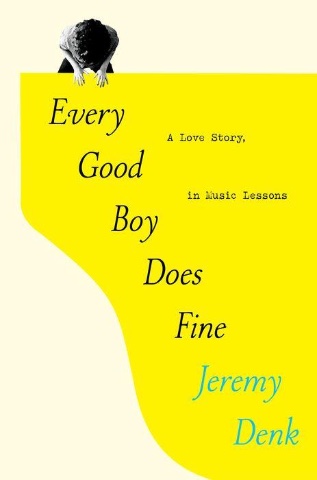 Jeremy Denk is a world class pianist and writer.

The violin sonatas signaled the end of the use of the basso continuo on a two keyboard performance instrument. Continue enthusiasm for these works even long after Bach’s death comes in part from their match with Bach’s compositional ideals: all voices should "work wondrously with each other" (wundersam durcheinander arbeiten)—but also from the succeeding generation's preference for "sensitive" melodies. The 19th century’s need for “sensitive melodies” is satisfied, as is ours, by Bach's gorgeous melodic lines.

In 1774, one of Bach's twenty children, Carl Philip Emmanuel Bach, commented that even after fifty years his father's compositions of this kind still sounded very good and that the lyricism of several of his adagios had never been surpassed.

In the Bach violin sonatas performed at the Y, Denk has those two lines to attend. The third line was performed by Wloszczowska, who is also a conductor.  As artists, their communication was more like jazz musicians, grooving on each other’s interpretations and responding to one another. This is the ideal form for musical collaboration.

Wloszvzowska is draped in a gray silk gown, making the movements of her body appear to be their own instrument. Her dramatic movements are always in service of the music. Denk writes about the role of the body in making the music sing.

Denk’s new book is  "Every Good Boy Does Fine: A Love Story In Music Lessons."  If you want to measure your inherent musicality, this is the perfect yardstick. The title refers to a phrase children learn when they first start to read music to help them memorize the notes on the five lines of the treble clef. Those notes, E-G-B-D-F.

A current movement in performing arts institutions suggests that music is good for your health.  More interesting is Denk’s description of its inexpressible ability to address emotions and leading you feel them. He discovers and brings out emotional contexts which we can identify as we listen. Music is a profound emotional experience.  Elvis makes this clear.  So does J. S. Bach in Denk's hands.

If you listen closely to Denk, and it is difficult not to because he is so inviting, you will go on an emotional journey.  Suddenly music makes sense, even to the non-musical.  For you feel with him, the impact of skipping a note, the sense of loss when resolution does not occur. His interpretations move with the composers' efforts to convey what cannot be spoken as they invent new ways of expressing feeling.

Denk writes: There are demonic elements of Bach and then the really sublime parts of him, too.And then there's all these kind of whorls and curls and curlicues and, you know, kind of devilish turns within the scales. But yes, there was a reason why you had to suffer all those years of piano lessons.