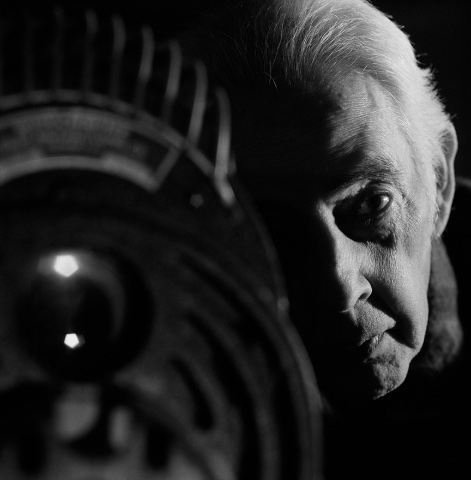 The Projectionist by Kendall Messick 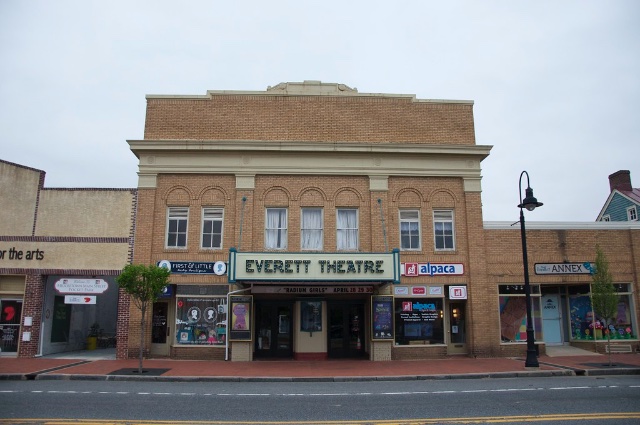 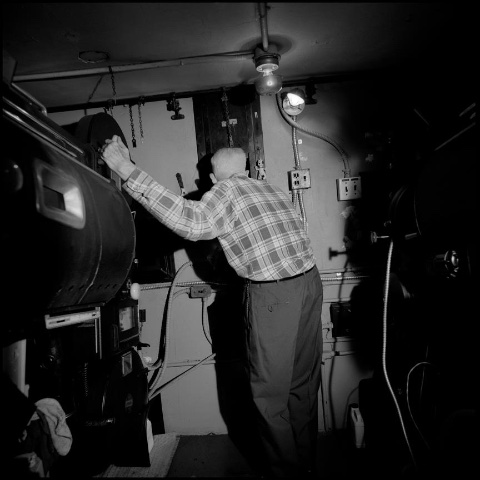 Gordon Brinckle at Work in the Everett Theatre 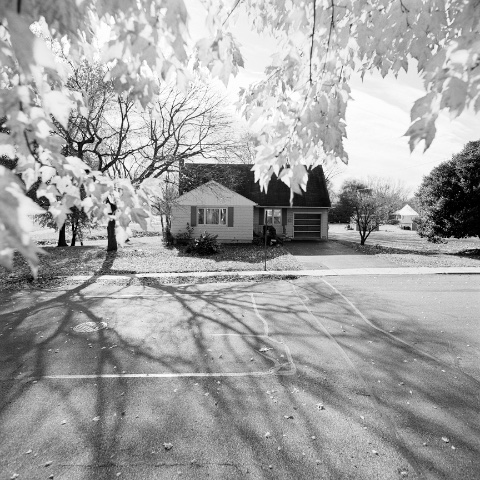 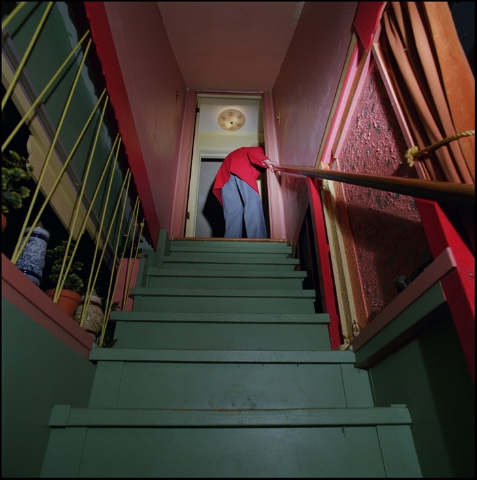 Entrance to the Museum Photo by Kendall Messick 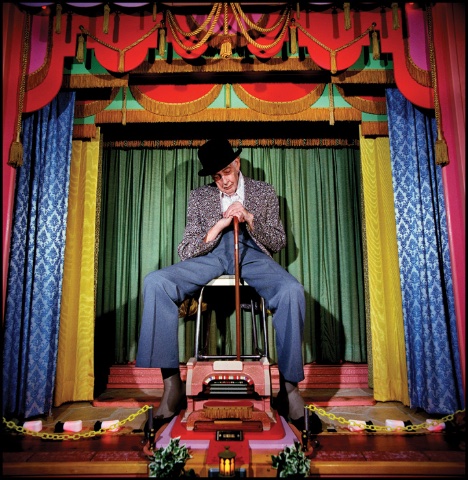 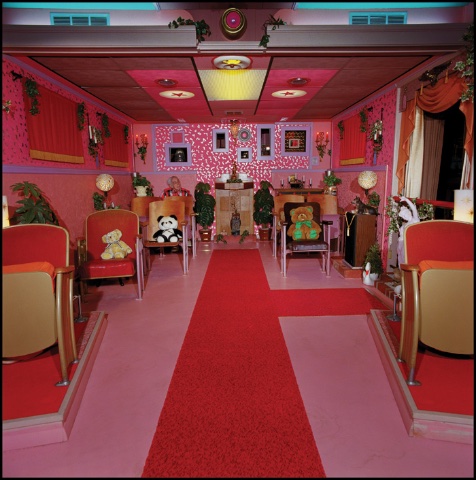 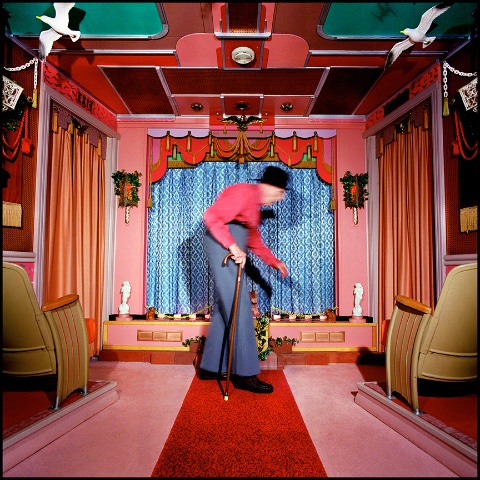 Act I by Kendall Messick 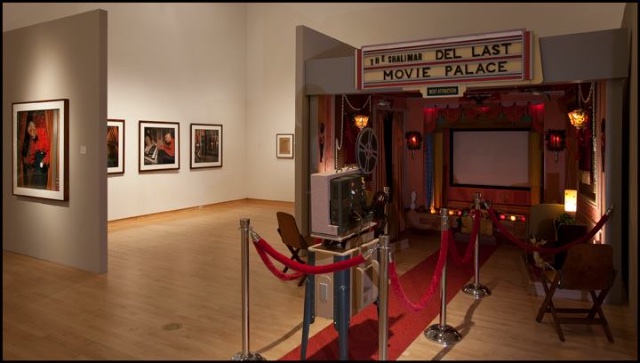 Exhibition of The Projectionist

Kendall Messick is an artist whose genre is telling stories.

He tells them by creating installations with still photography, film, video and an ever-evolving assemblage of two and three-dimensional media.

“At the core of my ongoing body of work is an exploration of memory, intimacy, acceptance and humanity,” says Messick.

Messick’s work has been collected and exhibited worldwide. His photographs are included in The High Museum of Art, Atlanta;  The Smithsonian Institution; The Museum of Fine Arts, Houston and The Museum of Modern Art, New York.

While the genre of narrative art has been around for centuries, for me what’s distinctive about Messick’s work  is the way in which it opens another door.

His photographs bring us one-of-a-kind stories of everyday people and their uplifting achievements.

Of all of Messick’s projects the one I most prefer is The Projectionist.

Created in 2001, The Projectionist tells the story of Messick’s neighbor, Gordon Brinckle, and the elaborately decorated movie palace he painstakingly built in the basement of his suburban home.

Kendall Messick grew up in the small town of Middletown, Delaware, a suburb of a suburb.

Gordon Brinckle and his wife lived across the street.

Brinckle was the town projectionist. He ran the projector in their single screen 1920s movie theater called The Everett.

“Brinckle wasn’t someone you saw very much. He was always behind the scenes,” says Messick.

However, Brinckle’s daughter was Messick’s babysitter.  As Messick tells it, “I remember on one occasion, only one occasion, being  taken across the street for a visit. I was taken down to the basement and low and behold there was this theater. Not what you’d expect in an average, 1950s middle class house.”

I can only imagine that there in Brinckle’s basement one was swept into a rarified world very different from his blue collar life.

Messick immediately recognized that the creator of this elaborate movie palace was not simply eccentric – he was an artist. An ‘outsider’ artist at that.  A self-taught craftsman who was totally obsessed.

The paradox here is, for an artist to be considered an outsider he must first be brought inside the art world by an insider.

And that is exactly what Messick did.

“Twenty-five years later I returned for a visit, saw the theater and immediately was taken with the whole idea that someone would spend 40 years building his dream in the basement of his home.”

Brinckle named his palace The Shalimar Theater, which was actually a replica of a 1920s movie palace.

Many movie theaters of the 1920s and 1930s were so grand they were called ‘picture palaces.’ Brinckle’s life-long dream had been to own one. But on the salary of a small-town projectionist that was never going to be realized.

So, in 1959,  he began lovingly constructing his dream palace, in his basement.

In 2003 Messick decided to have Brinckle tell his story.

Over a six-year period Messick photographed Brinckle and his wife upstairs in their daily life, in black and white. “The reality that one would see if one came to visit.”

And downstairs in the fantasy world that very few people ever saw, he photographed Brinckle and his theater in vivid color.

These photographs are beautifully staged. To me they seem to have required intricate planning, lighting and of course total collaboration with his subjects.

”My decision there was to look at what we see versus what we don’t see. I see the theater as a metaphor for all the vibrant stories that people at that stage have if you just take the time to listen to them.”

Brinckle’s biggest fear in his later years was what would happen to his theater.

“That led, every time I would visit him, for him to say, ‘I can just imagine when I die the house will be sold and the theater will just end up in the garbage,’ says Messick.

“So a year before he passed away, with his permission, I went in and had the theater taken apart, piece by piece, and re-constructed to create a traveling exhibition.”

The theater is about memory. Brinckle saw his theater palace as a memorial to yesteryear.

”His intent in creating his theater was in some way to memorialize the experience of going to a movie palace.  His creation was very much tied to memory.”

Additionally, Messick’s memory of seeing the theater as a boy led him to actually preserve Brinckle’s dream.

“So it’s actually memory on many different fronts.”

As beautifully detailed as the stills are, the photographs do not totally reveal the scope of the artistic project.

For that I believe one has to experience the actual, tangible reconstructed theater. The Projectionist exhibition is scheduled to travel to institutions. For now, Covid has put that on hold.

While today film projection is a long gone craft, something tells me that Gordon Brinckle is still projecting movies from wherever he may be.

And what happened to the original movie house, the Everett Theater?  Indeed it has managed to survive two fires and the advent of drive-ins, shopping malls and television.  Thanks  to the community that saved it, it is safe in the Middletown, Delaware National Register of Historic Places.  Even though projecting movies is now digital, at The Everett Movie Theater they continue to roll on.