Breathing Life into the Words of Gertrude Stein 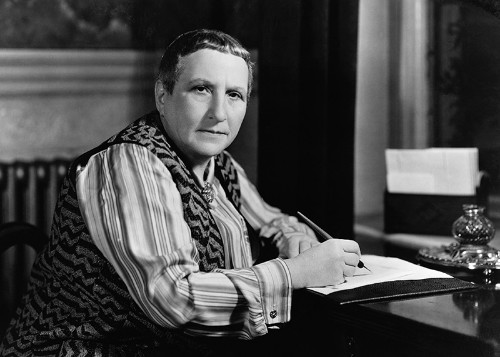 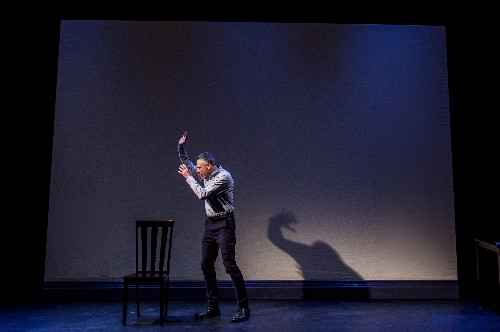 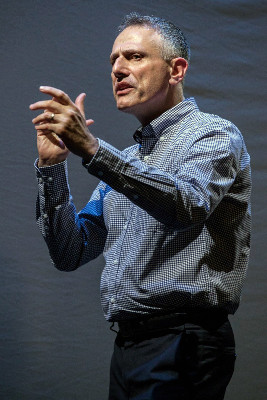 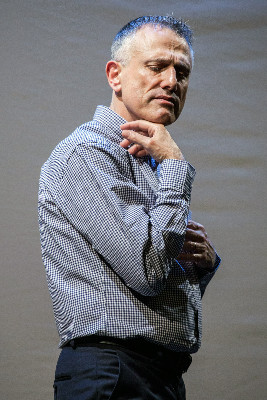 For those few that read her, and continue to do so, Gertrude Stein (1874-1946) is an acquired taste, a taste I confess that I acquired decades ago. What attracted me to her, and still does, in addition to her writings and her ideas, is her common sense, an aspect that is rarely mentioned when the subject of Stein surfaces.

Take for instance the following quotes and you will get an idea of the lady’s wide-ranging thoughts, provocative, fresh, timely, humorous, and common sense among them.

“It’s funny that men who are supposed to be scientific cannot get themselves to realize the basic principle of physics, that action and reaction are equal and opposite, that when you persecute people you always rouse them to be strong and stronger.”

“Just as everybody has the vote including woman, I think children should, because as a child is conscious of itself then it has to me an existence and has a stake in what happens.”

“Money is always there but the pockets change. It is not in the same pockets after a change, and this is all there is to say about money.”

“If you are looking down while you are walking it is better to walk uphill as the ground is nearer.”

“Ezra Pound is the village explainer. That’s OK if you are a village. If not not."

“An audience is always warming but it must never be necessary to your work.”

Also reeling me into the Stein camp was her genius, a self-diagnosis, delivered in both speech and word, that she had no shame in trumpeting. “Let me listen to me and not them,” she wisely wrote.

Another Stein a quote that I identify with wholeheartedly and just discovered in my research for this review is “Argument to me is the air I breathe. Given any proposition, I cannot help believing the other side of defying it.”

My own version, “When ever I say something I run to the other side of the room to refute it.” arrived one or more decades ago. It took that long to actually own up to it.

Having just read The Duty of Genius, Ray Monk’s Wittgenstein biography, I could not help but notice the similarity in their thinking and in their more difficult writings. I am talking more fraternal here, as opposed to identical.

In arguing with themselves they also take the long way around in trying to get there. Of course, as both know, and Gertrude like to say, “There is no there.”

As an extra added attraction, the basis of her fame for many, Stein brought along with her Alice B. Toklas, her lifelong companion, her brother Leo Stein – his book The ABC of Aesthetics is a must read - and a slew of soon to be famous Salonettes, among the better known, Picasso, Matisse, Hemingway, and F. Scott Fitzgerald—all an irresistible cast of characters.

I guess I started out like most, reading the Autobiography of Alice B. Toklas, one of her most popular and most easily readable books. I then jumped to Three Lives, Tender Buttons, Q.E.D, her Lectures in America, and The Geographical History of America or The Relation of Human Nature To The Human Mind, arguably her most brilliant book.

I also plodded though some 1000 pages of The Making of Americans and continued to study and pay attention to Stein’s various outpourings, among them her two popular operas, Four Saints In Three Acts and The Mother Of Us All, for which Virgil Thomas wrote the music.

Add to this a number of visits to her two Paris residences—when in Paris I never fail to pay my respects to 27 Rue de Fleurus where Stein’s salons took place and her storied art collection hung, to pass by Christine # 5 her and Alice’s last home, and to visit Stein and Alice at Père Lachaise Cemetery where they are buried next to each other.

During an extensive tour of the Harry Ransom Center in Austin, Texas, another of my Stein epiphanies, I got to hold actually hold her glasses in my hand and lightly finger one of her vests.

A couple of decades ago, at an equally exciting event for this Stein Neophyte, I found myself, as the guest of Bruce Kellner, an authority on Carl Van Vechten and Langston Hughes, sitting at a round table with Edward M. Burns, Ula Dydo, and some forgotten others, all the foremost Stein scholars in the country.

And then there are the countless plays based on her writings – most often attended by Creative’s intent on mining Stein’s work in order to further their own – the numerous Stein books that I read, and of course Picasso’s portrait of her at the Met.

By now you get the picture. Gertrude Stein C' est moi!

All of which leads me to Obie Award winner David Greenspan’s amazing performance of Composition…Master-Pieces…Identity, in actuality two of Stein’s lectures, Composition as Explanation, and What Are Masterpieces, and Why Are There So Few of Them, and Identity A Poem, the latter whose delivery fell flat and went splat!

Still, the lectures were the thing and on a bare stage with nothing more than a chair, a water bottle, and a table, Greenspan succeeded in negotiating Stein’s difficult thicket of repetitive words, thoughts and ideas, sans machete, in both Composition, this by his awesome memory alone, and Master-Pieces simply by reading.

With perfect timing, and his a “just right” laying down of Stein words and rhythms – Stein’s layered writing here is akin to painting a picture – coupled with well-placed verbal stressings and clever use of physical and facial movements, Greenspan was able to bring Stein’s very words alive.

Equally important, if not more, major meanings were excavated, and thrown onto the table and into the light, so to speak.

While you had to be there to get the full blast of every twist and turn – this review offers hints at Stein’s profundity, and slightly at that – below you will find a few paragraphs, out of context which is the tail that wags the dog, that I culled from Stein two lectures. Make of it what you will.

Also, directly below is a link to Janet Malcolm’s 2013 New Yorker Essay on Gertrude Stein for those who want a general introduction to Stein, her life and legacy. Filled with biases and hearsay aplenty, it is still worth reading. Think of it as Gertrude 101.

There is singularly nothing that makes a difference a difference in beginning and in the middle and in ending except that each generation has something different at which they are all looking. By this I mean so simply that anybody knows it that composition is the difference which makes each and all of them then different from other generations and this is what makes everything different otherwise they are all alike and everybody knows it because everybody says it.

By this I mean this. The only thing that is different from one time to another is what is seen and what is seen depends upon how everybody is doing everything. This makes the thing we are looking at very different and this makes what those who describe it make of it, it makes a composition, it confuses, it shows, it is, it looks, it likes it as it is, and this makes what is seen as it is seen. Nothing changes from generation to generation except the thing seen and that makes a composition.

No one is ahead of his time; it is only that the particular variety of creating his time is the one that his contemporaries who also are creating their own time refuse to accept. And they refuse to accept it for a very simple reason and that is that they do not have to accept it for any reason. They themselves that is everybody in their entering the modern composition and they do enter it, if they do not enter it they are not so to speak in it they are out of it and so they do enter it. But in as you may say the non-competitive efforts where if you are not in it nothing is lost except nothing at all except what is not had, there are naturally all the refusals, and the things refused are only important if unexpectedly somebody happens to need them. In the case of the arts it is very definite. Those who are creating the modern composition authentically are naturally only of importance when they are dead because by that time the modern composition having become past is classified and the description of it is classical. That is the reason why the creator of the new composition in the arts is an outlaw until he is a classic, there is hardly a moment in between and it is really too bad very much too bad naturally for the creator but also very much too bad for the enjoyer, they all really would enjoy the created so much better just after it has been made than when it is already a classic, but it is perfectly simple that there is no reason why the contemporaries should see, because it would not make any difference as they lead their lives in the new composition anyway, and as every one is naturally indolent why naturally they don’t see.

What is a Master-piece and why are there so few of them?