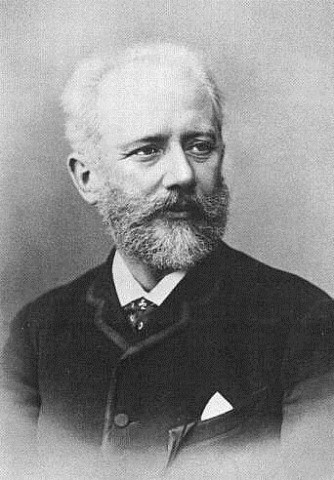 Tchaikovsky’s Violin Concerto was not well reviewed in 1881. 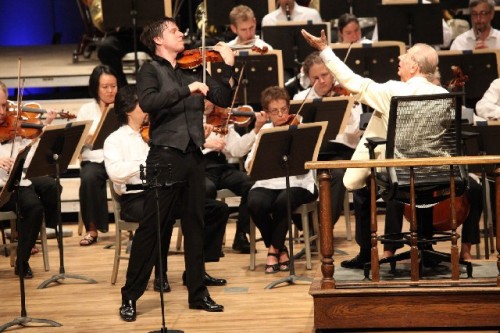 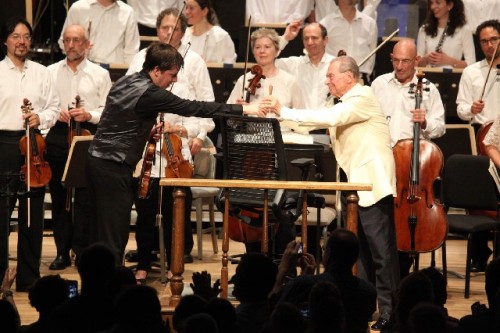 The heat and humidity in the Koussevitzky Music Shed was brutal last night.

Many in the audience, including stellar Berkshire VIP’s, discretely used their programs as fans for a bit of relief from sauna like conditions.

It was opening night of the BSO programming at Tanglewood.

The venerable guest conductor, Rafael Frühbeck de Burgos, using a chair as a signifier of seniority, briskly led the Boston Symphony Orchestra through a capacity, crowd pleasing, all Tchaikovsky program.

For this 76th Season in Lenox, the solo violinist, Joshua Bell, was making his 25th consecutive appearance in the Berkshires.

Dripping wet, in contrast to the orchestra and conductor in white, Bell was a man in black pants and shirt with the accessory of a vest. Between movements he mopped his brow, wiped down the violin, and made fine tuned adjustments caused by the heat and humidity.

None of these challenges were evident in Bell’s soaring and emotionally evocative rendering of Violin Concerto in D, Opus 35. The dynamics were remarkable particularly in whispered passages which were delicately audible in the vast shed.

During the softer passages the conductor remained seated but literally rose to the occasion when the music required passion and energy. It’s the essence of Tchaikovsky

with extreme romanticism which thrills audiences. Although the tempo of the Finale: Allegro vivacissimo may have been too fast fully to absorb all of the nuances in the exchanges between Bell and the orchestra.

For the second part of the program Frühbeck de Burgos returned with the frequently performed Symphony No. 5 in E minor, Opus 64. The precise, evocative playing yet again vividly reminded us why the BSO is regarded as one the world’s great orchestras.

During intermission there was a large gathering of fans interacing with the dashing and charismatic Bell. There was a flashing sea of I Phones and cameras as he graciously came out to greet the audience, sign programs, and pose for pictures.

While clearly his performance of the Violin Concerto thrilled the audience the initial reception in an 1881 review by Eduard Hanslick was less sanguine.

“The Russian composer Tchaikovsky is surely no ordinary talent, but rather, an inflated one, obsessed with posturing as a genius, lacking discrimination and taste…The same can be said for his new, long and ambitious Violin Concerto. For a while it proceeds soberly, musically and not mindlessly, but soon vulgarity gains the upper hand and dominates until the end of the first movement. The violin is no longer played; it is tugged about, torn, beaten black and blue…The Adagio is well on the way to reconciling us and winning us over, but it soon breaks off to make way for the finale that transports us to the brutal and wretched jollity of a Russian church festival. We see a host of savage, vulgar faces, we hear crude curses and smell the booze. In the course of a discussion of obscene illustrations, Friedrich Vischer once maintained that there were pictures which one could see stink. Tchaikovsky’s Violin Concerto for the first time confronts us with the hideous idea that there may be compositions whose stink one can hear.”

Good grief what do they know?

To my vulgar ears it was a delightful evening of music on the magical Tanglewood campus.

For relief from the heat of the Shed we took a promenade.

This season there is now a white line behind which folks set up their elaborate picnics on the lawn. This provides easy circulation rather than navigating over, through, and around.

It is always astonishing to see some spreads for truly elaborate dining.

We enjoyed the chance to chat with friends and compare notes on the evolving Berkshire season. It was a thrill again to encounter Edith our favorite Tanglewood usher. Her passion and enthusiasm is so contagious.

One might say that it was a heart warming evening or perhaps no sweat.