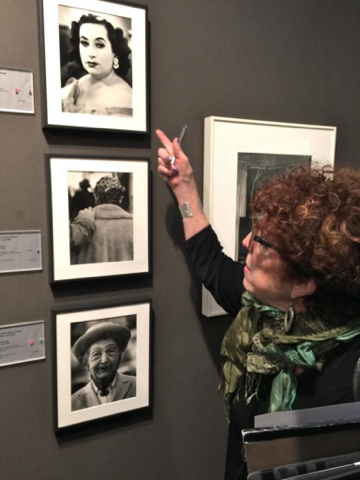 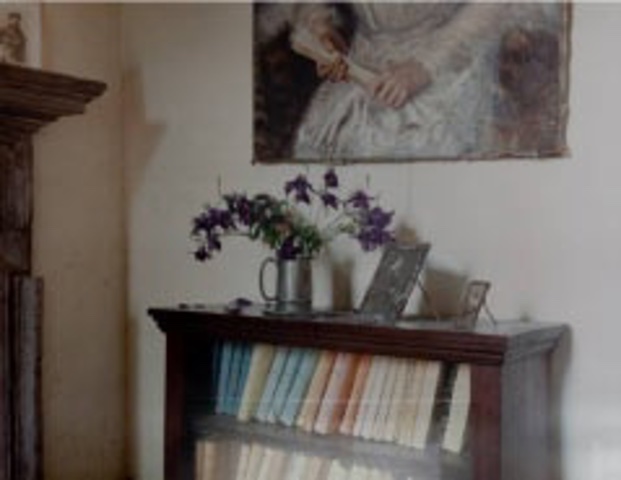 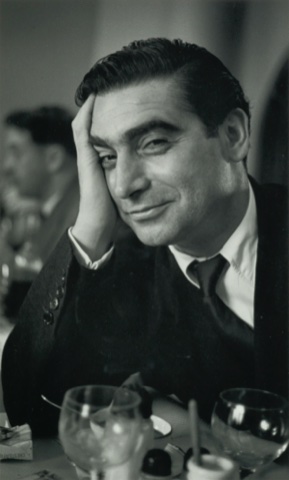 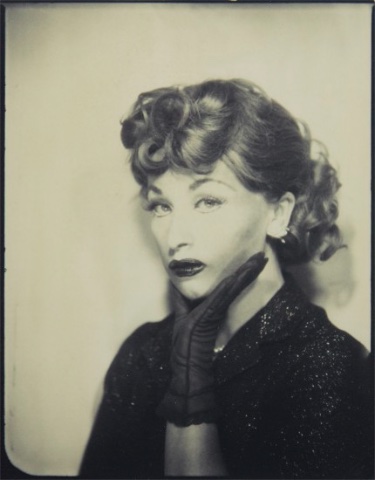 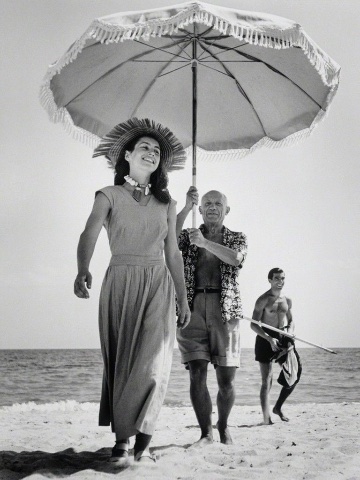 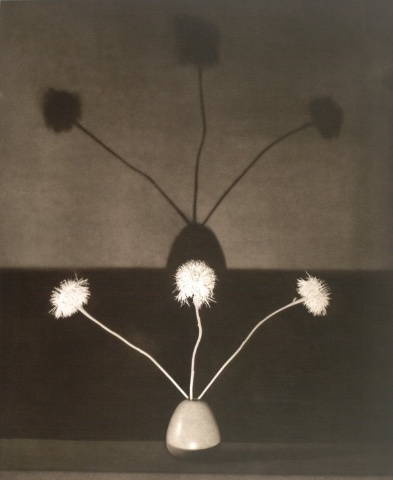 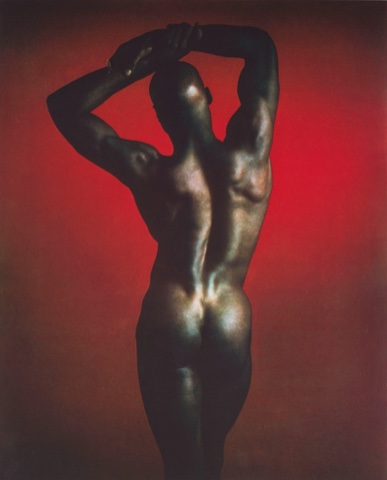 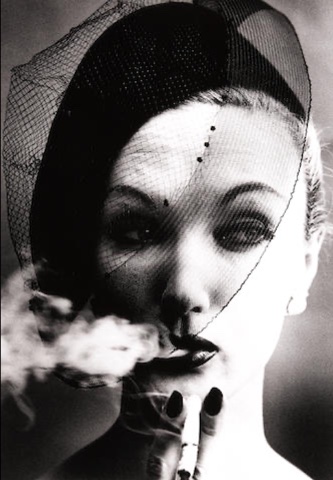 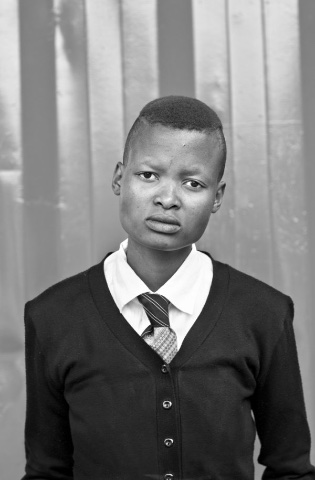 “I don’t want easy listening in my photos,” says Alice Sachs Zimet, a trailblazer in photography advising, collecting and education..

Long before it was fashionable,  profitable or even considered a major art form, Zimet began collecting photographs.

In December of 1984 she attended an exhibition at the Parrish Art Museum in Southampton, New York. She had come with Sam Wagstaff, the lover of Robert Mapplethorpe. They were there to see a flower photography exhibition from Wagstaff’s vast and groundbreaking collection.

It was love at first sight.

“I tracked it down at the Julie Saul Gallery and that was my first purchase.”

But she could not stop with one. So she bought a second Bush piece titled Studio Kitchen.

“I bought two pieces because I thought the first one needed a partner. Looking back, I realize that was the seed of a manic collector. You can’t just have one. To this day I still buy in pairs. Or even threes,” says Zimet, spoken with the passion of a true collector.

That was a time when there was barely a market. Barely any photo galleries or photo-only auctions. “I had to defend my love of photography as most people said ‘it wasn’t art.’

Today Zimet’s collection numbers around 300 museum-quality pieces from the mid-twentieth century to the present.

Sort of like having a museum of your own.

Alice Sachs Zimet’s ties to the world of fine art go back to her birth. To celebrate her arrival her parents purchased a series of 13 Bonnard lithographs, titled Quelques aspects de la vie de Paris.

Indeed, art in her life goes back even further. Her great uncle, Paul Sachs, was Associate Director at the Fogg Art Museum and created one of the first museum studies courses at Harvard.

Zimet’s excitement about photography was launched with an internship in the very early days of the  International Center for Photography. “It influenced me tremendously,” she says. “But collecting was far from my horizon. I didn’t know how to collect.”

That was to take a few more years and a fascinating professional journey.

Armed with two degrees in Art History, she decided on an unexpected career path. Philanthropy.  And she landed a job in, of all places, Chase Manhattan Bank. “I go for an interview dressed as an art person, long hair, no suit or Hermes scarf. I could not imagine they would hire me,” says Zimet. They hired her on the spot.

She was soon involved with the bank’s fledgling corporate sponsorship program. It was there that her trailblazing instincts flourished. She was able to convince the conservative management to pledge money to everything, from the arts to the AIDS crisis.

After seven years she rose to Director of Cultural Affairs. She was traveling the world, creating lucrative programs “to do good and to do business for the bank.”

There were Halloween performances in Paris with Martha Graham, events with Twyla Tharp and Paul Taylor. In those days programs like these were almost unheard of in commercial banks.

This diminutive, red-head’s career was on fire! Her department became a rainmaker for the bank, raking in billions.

Her red-hot work in the field of cross-over marketing and philanthropy continued for twenty years.

The projects she managed became a model for what corporate sponsorship is today.

Zimet is now totally immersed in the world of photography. She is the chair of the Photography Curatorial Committee at the Harvard Art Museums.  She serves on the Acquisitions Committee at the International Center of Photography, is on the Board of Magnum Foundation and runs her own advising boutique company, Arts+Business Partners.

All the while still shopping for her ever-growing collection.

Zimet’s collection is largely made up of B&W photographs, although there are several in vibrant color.

Why B&W? “One reason is it’s easier to hang, you can have multiple images together, so you can be obsessive in black and white,” says Zimet.

Who says you can’t be obsessive in color too?

Zimet is more than just a collector. With her enduring drive and unerring eye for quality, hers is a form of connoisseurship.

And, her collection goes beyond personal.

It is her autobiography.

Zimet's first early theme was France. Her grandfather had lived there for 50 years and Zimet herself spent a year in Paris. Indeed, that first purchase of Andrew Bush’s Columbines reminded her of her mother’s garden. “It was the kind of post impressionistic work my parents collected.”

Her second early theme was artist’s portraits. It began with the purchase of Bill Brandt’s image of Cezanne’s studio. Another was Cecil Beaton’s shot of David Hockney with his then-lover Henry Geldzahler (whom Zimet interned under when he was the Metropolitan Museum’s first Curator of 20th Century Art). “Like my comfort level with France, artist portraits were a natural given. I had two degrees in art history and my first job was at the Metropolitan Museum.”

About twenty to twenty-five years ago the theme of artist portraits “morphed into portraits of people who are living their lives,” says Zimet.

“I have images I love of people called drag, now called trans. I bought them in France. Boys that are prostitutes dressed as women.” Zimet is referring to images by Christopher Stromholm, a Swedish photographer who extensively documented  cross-dressing young men in the ‘red light’ district in Paris. This was decades before such images were widely seen. These are images she refers to as “portraits that are not easy listening. Sometimes tough, but always about humanity.”

Another group of ‘not easy listening’ portraits includes South African photographer Zanele Muholi, an artist who chronicles the black and lesbian community in post-apartheid South Africa.

As Zimet became known as a ‘guru’ in the photography world, she established  Arts+Business Partners. Its mission is to bring her expertise to nascent collectors.  She offers what she calls  ‘boot camp’ classes (virtual these days)  to help young collectors navigate today’s marketplace.

From advice on acquisitions to help with sales at galleries, art fairs and auctions, Zimet takes the word ‘daunting’ out of collecting. “I don’t tell people what to buy, I tell them how to buy. My hope is to empower others to have confidence and to be smarter.”

As if that’s not enough, she offers another workshop specifically for photographers. Here they are given an insider’s peek into the collector’s mind. “How you communicate your work is critical,” says Zimet.

So, how does a photographer fine tune their communication skills? Perfect their ‘elevator pitch?’ Land on a collector’s radar screen?

Zimet shares her experience and enthusiasms so intensely I can feel the collector’s passion in her. I am sure her students, collectors and photographers feel the passion too.