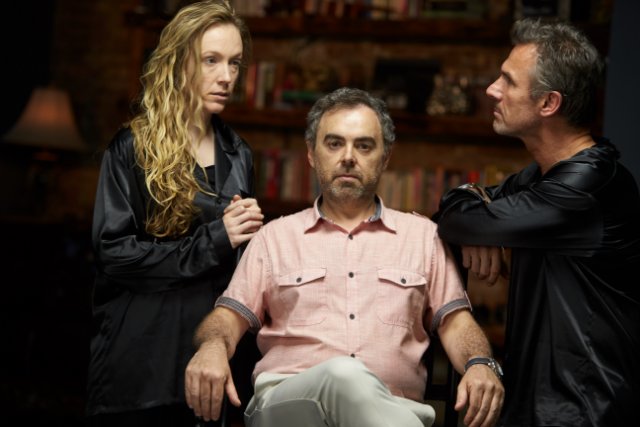 The Human Voice with Ashley Bell and Michal Gizinski, adapted and directed by Anton Armendariz Diaz 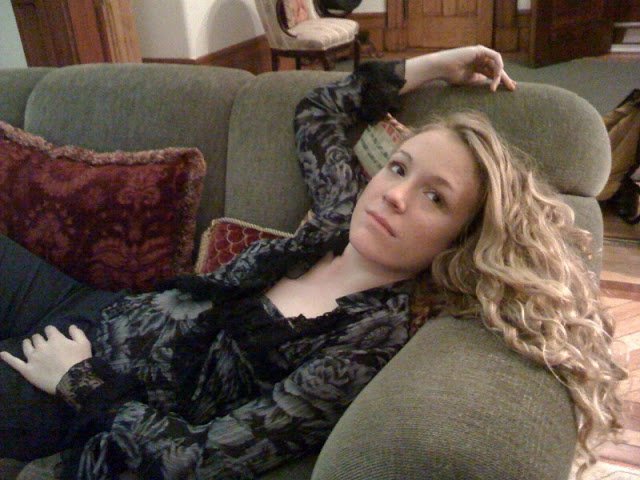 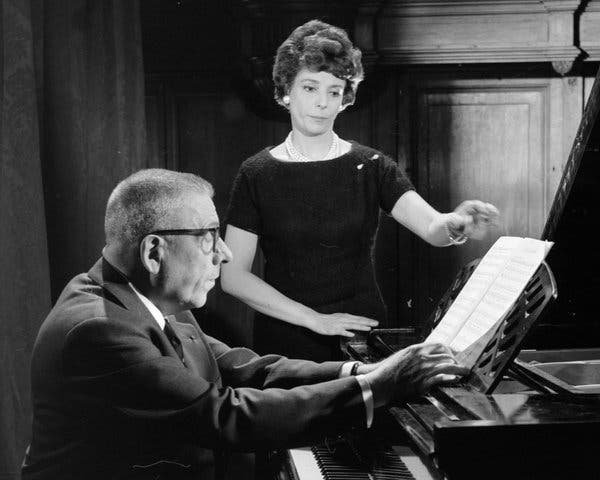 Denise Duval, the French soprano who was Francis Poulenc’s muse. Poulenc met Denise Duval when she was a cabaret singer at the Folies Bergère. “Immediately I was struck by her bright voice, her beauty, chic and especially her hearty laughter,” he remembered. “Instantly I knew she would be the perfect interpreter of my music.” She created the role of Elle in La Voix Humaine (1959), Poulenc’s monologue opera, based on Jean Cocteau’s play depicting a desperate woman’s phone conversation with her lover who has deserted her. IDuval recalled how Poulenc wrote La Voix Humaine after “he had been through a sticky patch in his love life, as people say. A break up. I’d been through the same thing … He took me in his arms, he cried and I cried … I’d just dumped a man I’d loved for eight years. Just as Poulenc had split up with his friend of six years. So there we were, the two of us, sobbing our eyes out.” 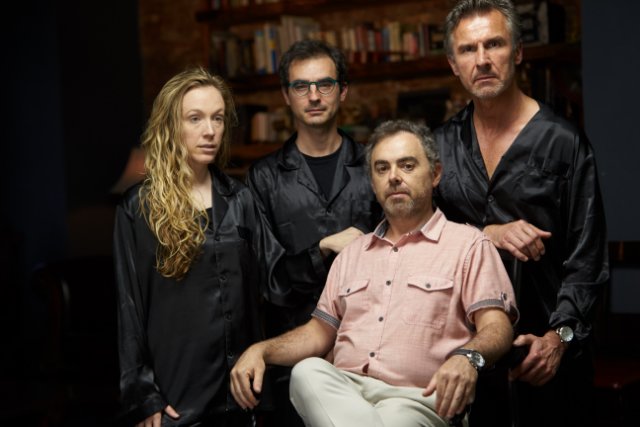 The Human Voice/La Voix Humaine by Francis Poulenc and Jean Cocteau melds text from the play by Cocteau with the monologue opera Poulenc was inspired to write.  DIVAria and Sergej Productions often work together to present works pared down to their emotional heart. They effectively reach audiences unfamiliar with the opera form by drawing them in to beautiful music and understandable stories.

DIVAria's Ashley Bell (Elle, soprano)  and Anton Armendariz Diaz (director) offer an unusual and effective take on The Human Voice. Mixing opera and theater, Diaz writes, "we are telling a unique and complete story in which both Francis Poulenc's and Jean Cocteau's work form an integral part. (Elle's) broken love speaks to us and then she herself, full of doubts,..poses the question: is the pain worth it?"

For Cocteau, the play was pretext for an actress to engage us.  Adding sung music is also a pretext for the composer Polenc. Yet the orchestration, here played in piano reduction, is very present Poulenc, rich in texture and full of perfumed beauty, and also extreme chromatic harshness.

Bell has an unusually lush soprano with just the right amount of rich vibrato riding in her songs. Yet she is anonymous, as her role is written. Her voice lifts to mix with Poulenc's music. This worldly picture of martyrdom has references to another Poulenc opera set in a nunnery.  There a prioress sings that we often die for others.

Streams of texture intermix.  Poulenc in his music both expresses the emotions of the moment, commenting on them and often punctuating. The vocal line is most often declarative.  Bell uses this tone to range her portrait from a desperate lover’s last conversation to playful flirtation and the offer of her dog as a companionate reminder of past love. We imagine Elle bloodied, yet the bleeding is internalized.

The accompanying music carries melody, and also offers a parallel and elaborated picture of wide emotional swings through chromatics, whole tone melodies, and other striking contrasts. Elle has moments of lyric beauty, when she sings of taking a pill and perchance dreaming, her Hamlet moment.  Perhaps she will never wake.  This contrasts with harsh chords indicating a broken phone connection, which are relieved by the tiny bells sounds of the instrument connected again.

Michal Gizinski as the actor Elle (in indefinite male/female) is on the other side of the mirror.  Diaz has brilliantly conceived the two roles, Cocteau's and Poulenc's, as mirror images of each other, until...

Gizinki, inspired by Ingrid Bergman's take on the work, is both a doppleganger and an Elle double in his/her own right.  Sexual confusion abounds, both in the rejection and in the identity of Elle. Poulenc himself had just lost a male lover.

Elle the actor, in translating the sung French words to English, portrays a binary identity. Somehow his translation of Elle’s admission of lying, is terribly true and also terribly male. Gizinski’s Elle is anguished, suicidal and surprisingly humorous. His performance is first-rate.

Curiously, although we were up close to the performers, the effect was as Cocteau had imagined: distanced.  After all, nothing happens.  We begin and end in the same place, a moment in every human's life. Bidding the lost love one last farewell.

Diaz has enriched this memory of a conversation by providing a character who does instant translation in the guise of a double. The complex and tortured break up is thickened with a double vision.

We are reminded that the telephone is the worst place to express love. Its modern forms only distance us further from connection.  We can no longer be strangled by a phone cord, as Elle is.  Our strangling is more subtle and more dangerous. All alone with the telephone we sometimes make love to the pseudo connection in our hands, as Elle does here.

What this troupe is able to achieve is both clarity and beauty.  It is a remarkable and accessible evening of opera theater.