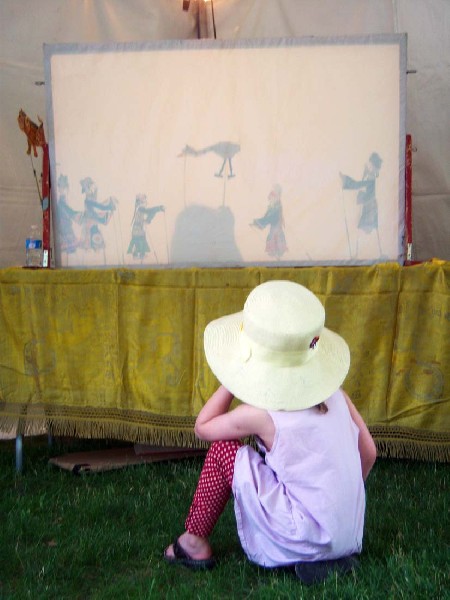 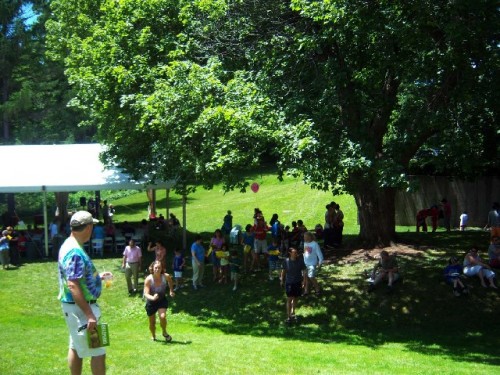 Looking for shade and rest on a gorgeous day. 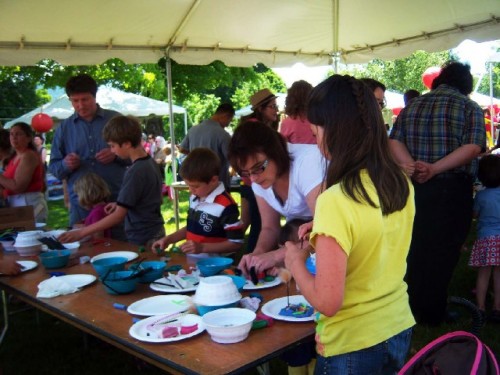 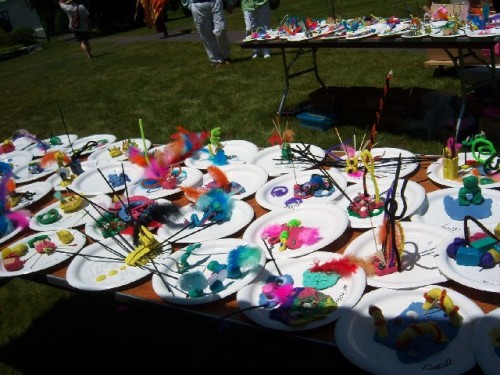 So many wonderful results by children. 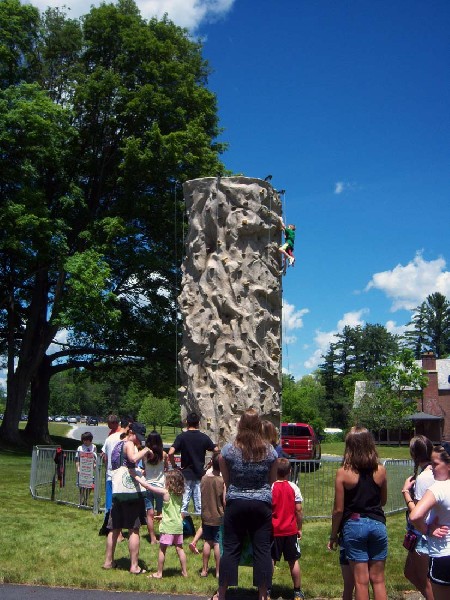 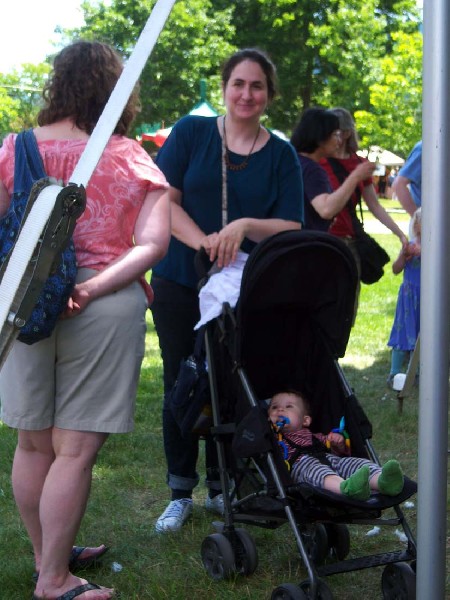 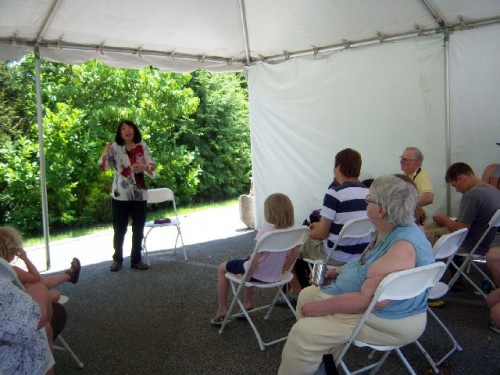 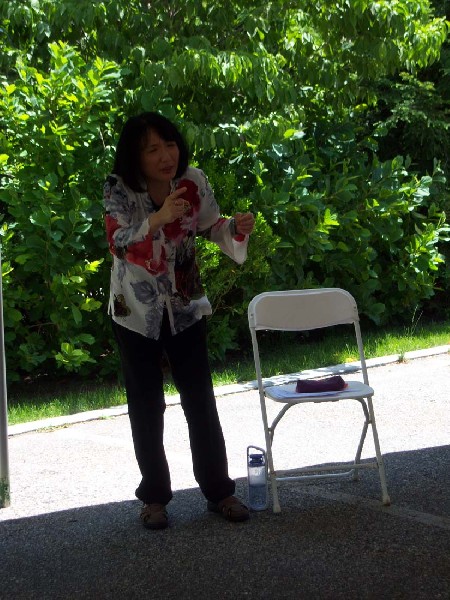 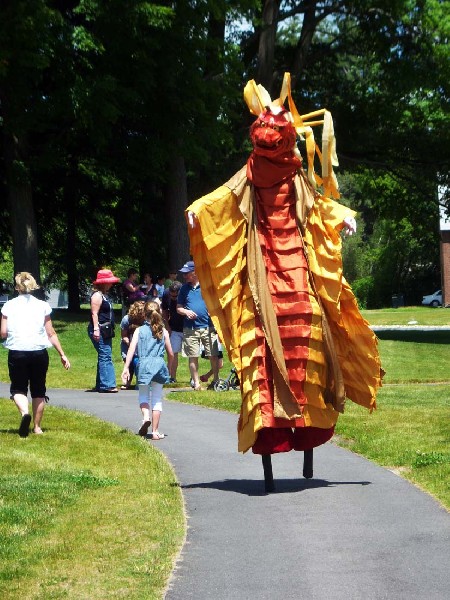 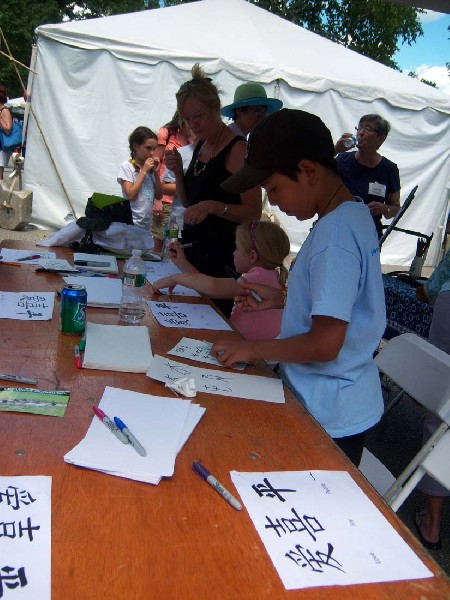 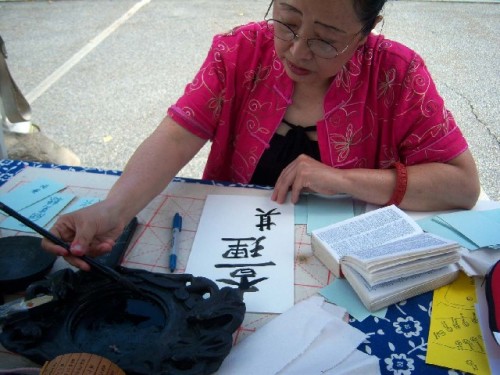 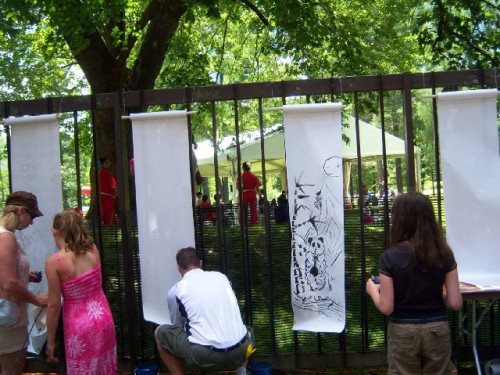 Preparing and working on scrolls. 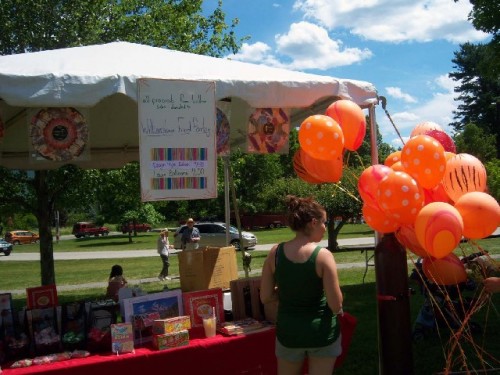 All proceeds will help the Williamstown Food Pantry. 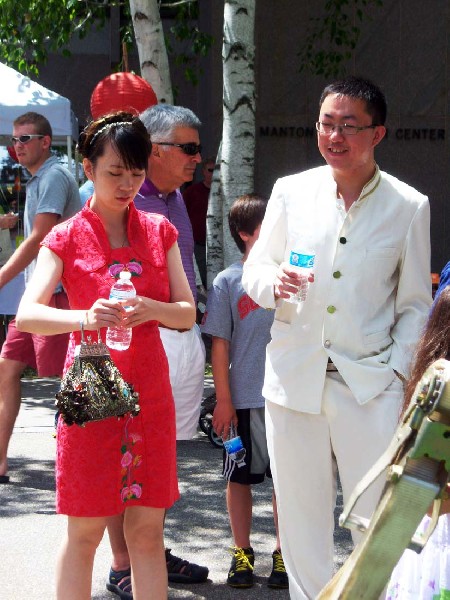 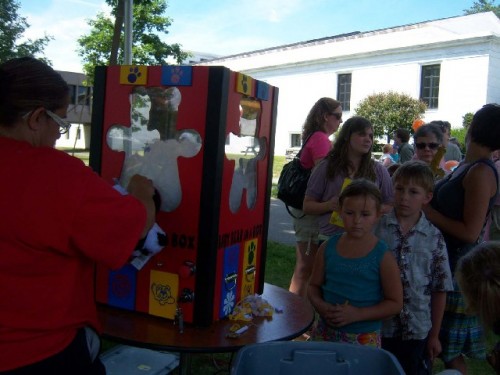 Waiting in line for a Panda Bear. 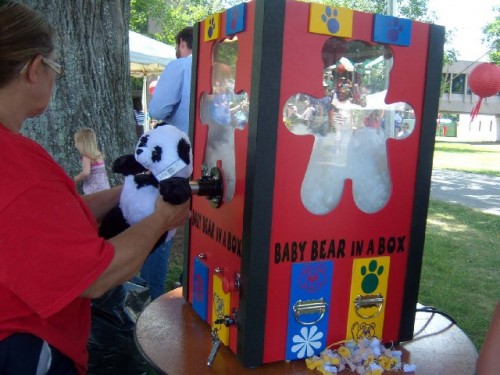 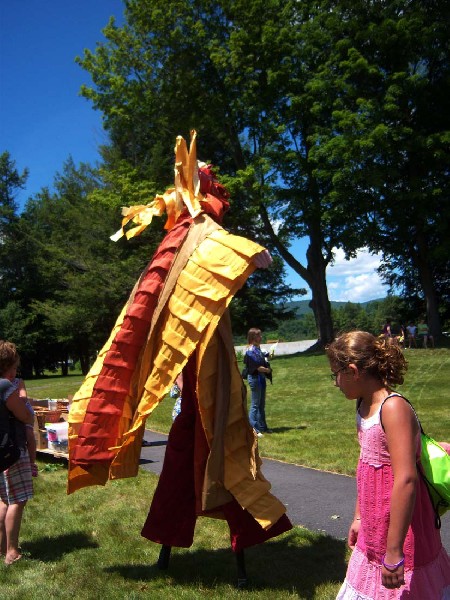 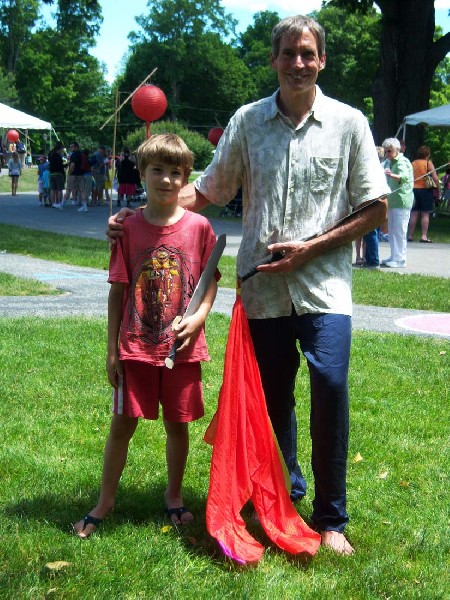 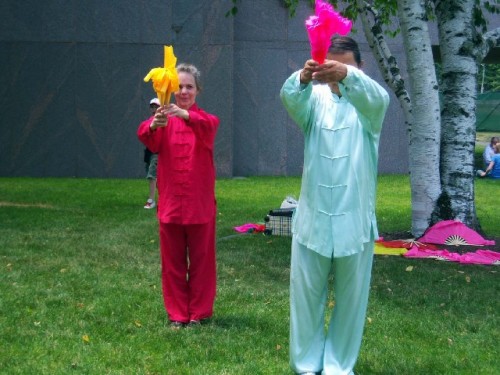 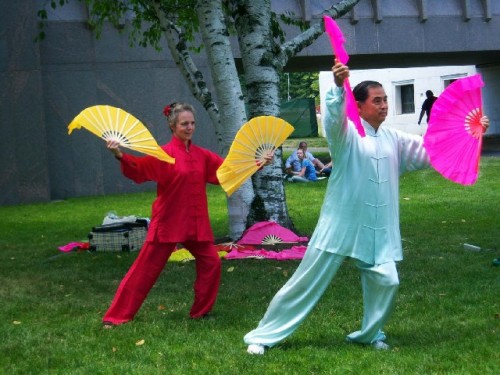 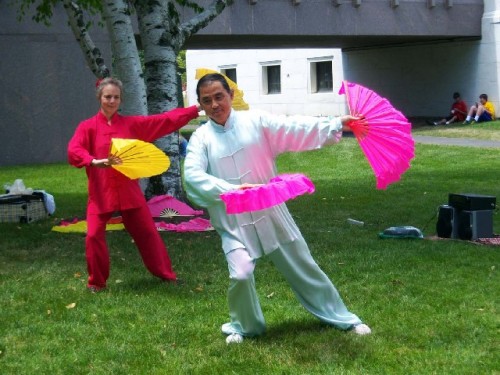 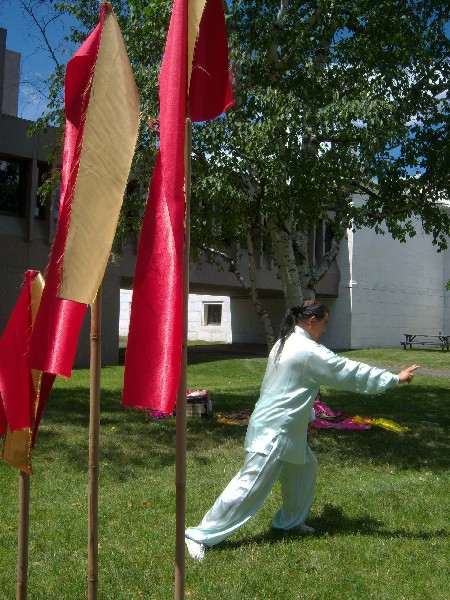 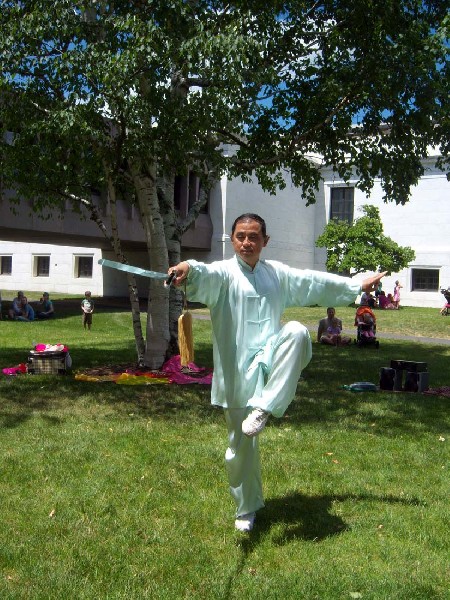 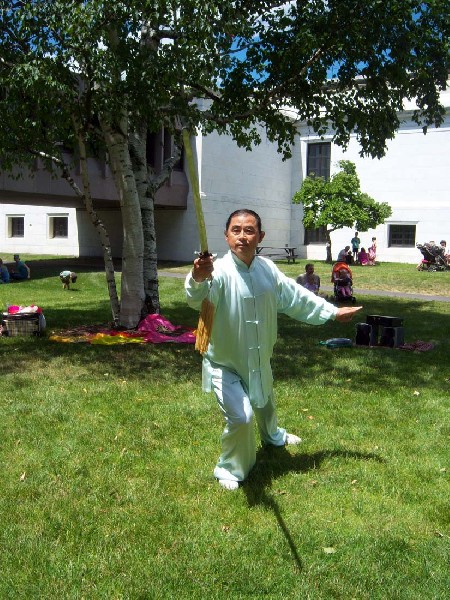 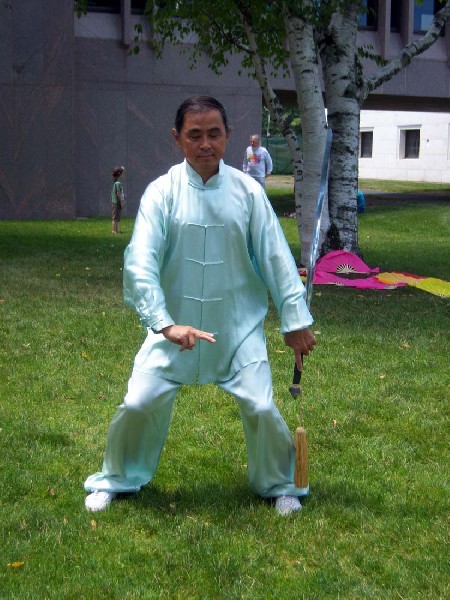 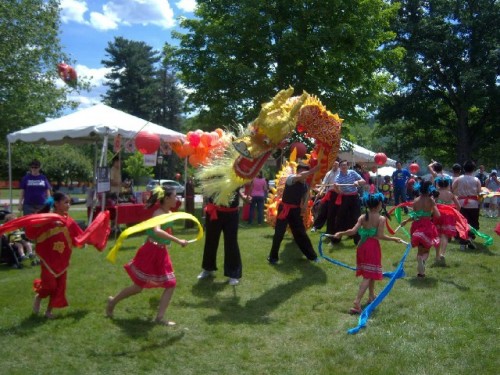 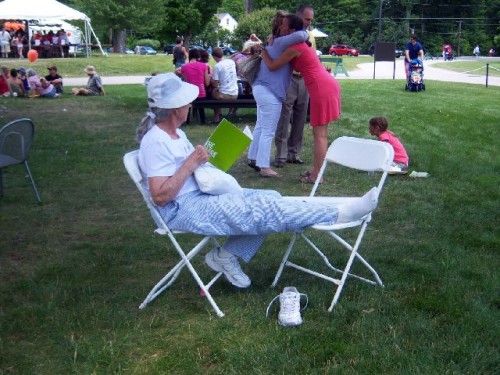 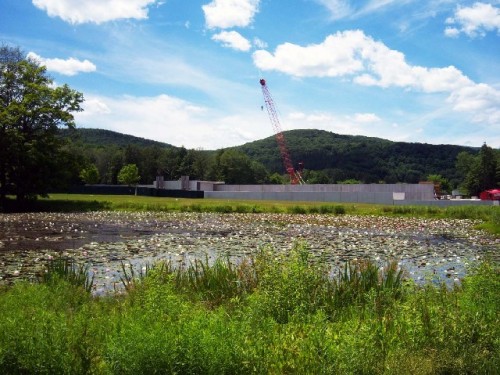 A view at new museumâ€™s site from a beautiful lilli pond.

China has taken center stage this summer at The Clark - as the Institute is generally referred to - in New York City and in Williamstown in the Berkshires of Massachusetts. Three exhibitions celebrate Chinese art and culture here in the Berkshires: ‘Then and Now – Photographs of Northern China’  and ‘Through Shen-Kan – Sterling Clark in China.’ Both exhibitions will be on view until September 16 of this year. ‘Unearthed – Recent Archaeological Discoveries from Northern China,’ has also opened in June and can be visited until October 21. Celebrations of China’s culture indeed!

No wonder, that this year’s Family Day theme at The Clark simulated a Chinese Street Festival and it became a wonderful success last Sunday.
Casual conversations with participants of the yearly Family Day confirmed that this special day attracts more and more visitors each year. In fact, cars were already parked along the street as soon as I turned out of the traffic circle in Williamstown and headed down the road to the entrance of The Clark. And, I was told, vehicles also lined the road past the entrance way and past the golf course on the other side. I managed to park in one of the parking lots, just opened for the day, and had a great view along the path onto the construction site of the Tadeo Ando complex, which is scheduled to open in 2014.

Sunday was a glorious sunny Berkshire day! Booths and activities were lined in a street market fashion, more than 30 in total. I had joined in the fun with a few of my fellow taiji-students to participate in a T’ai Chi demonstration, which Day Acheson led. Later, I wandered around the market, stopped here and there, watched and photographed what I experienced:

Chinese food, of course, had to be part of the sampling!  Scroll painting and name writing in Chinese symbols were set up in two locations. You-lin Shi had provided samples of popular symbols, which could be copied and she tirelessly wrote out names for people, who were standing on line. There was a lovely and animated story teller and children sat and watched shadow puppet plays.

After waiting patiently in a long line, children and adults received their prize: A panda bear toy, stuffed right then and there! Other arts and crafts tables were set up, including face painting and paper cutting; one could receive massages, throw the I Ching or get a tattoo, well, only a temporary one. There was even a rock climbing wall! A very tall puppet on stilts greeted visitors big and small throughout the afternoon and finally, Chinese dragons and dancers made their way through the village.

David Lane, actor, teacher and puppet maker, designed and built the stilt-puppet, which is based on a sculpture shown in the ‘Unearthed’ exhibition. It is a Chinese Tomb Guardian Lion or a ‘Zhenmushou.’ The stilt performers were Abigail Elwood, Mark Alexander and David Lane.

Words are fine - but photographs, as always, speak volumes.