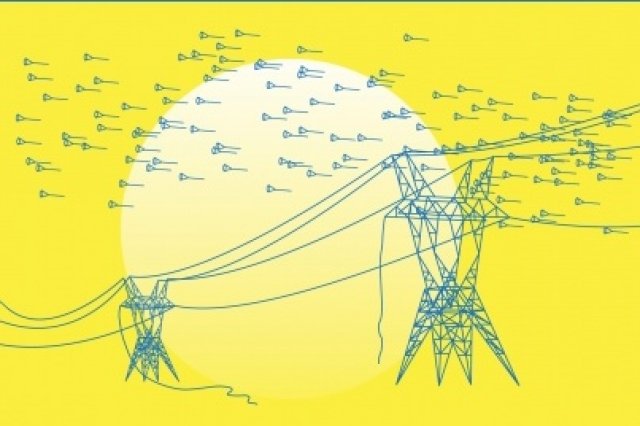 American Weather by Chris Green at HERE in New York 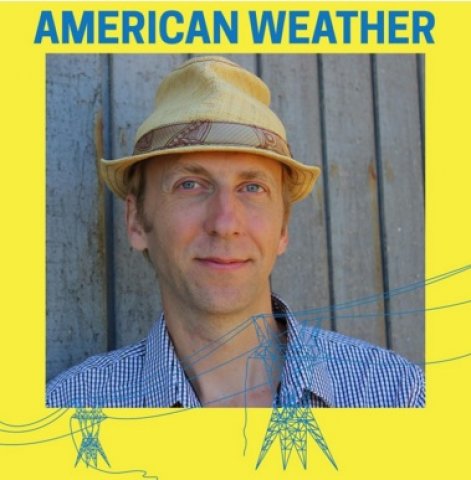 Chris Green, creator of American Weather Chris Green (creator, music & sound design) is a Brooklyn-based designer, director and performer. His theatrical and installation works have been presented over the past 20 years in venues including Lincoln Center, NY City Center and St. Ann's Warehouse. 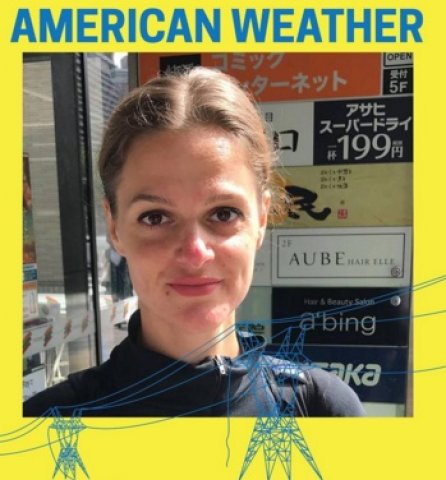 Katie Melby, miraculous mover and creator of shape. Katie Melby is a Lecoq-trained theatremaker and puppetry artist. She is Co-Founder and Co-Artistic Director of 3 Sticks, a physical theatre company dedicated to making new work. 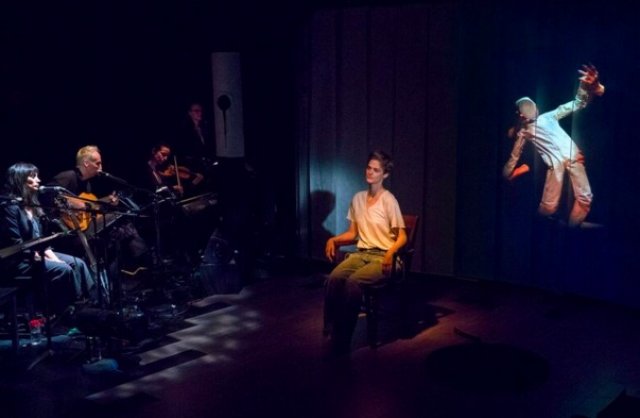 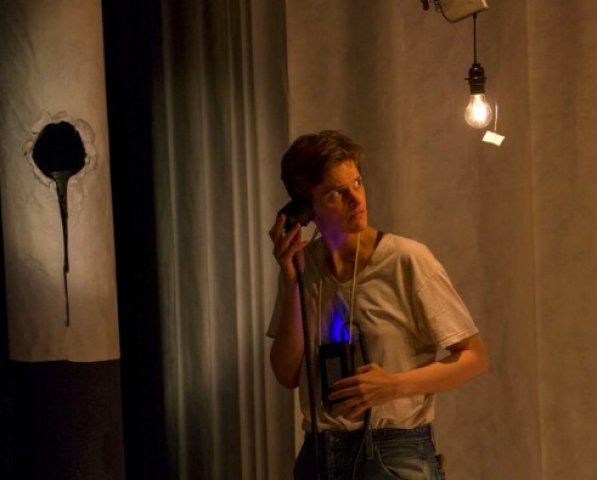 Katie Melby listens to a message 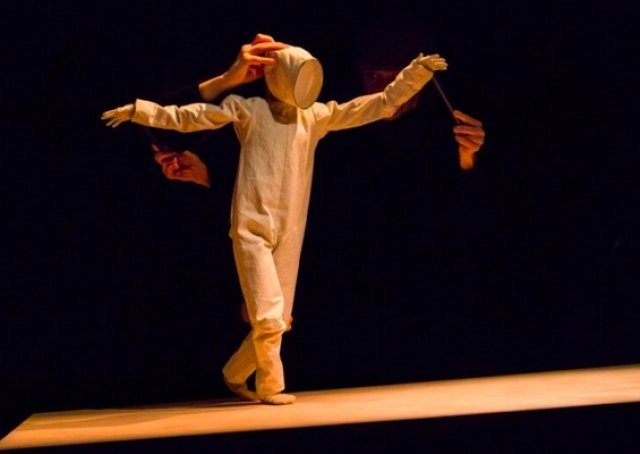 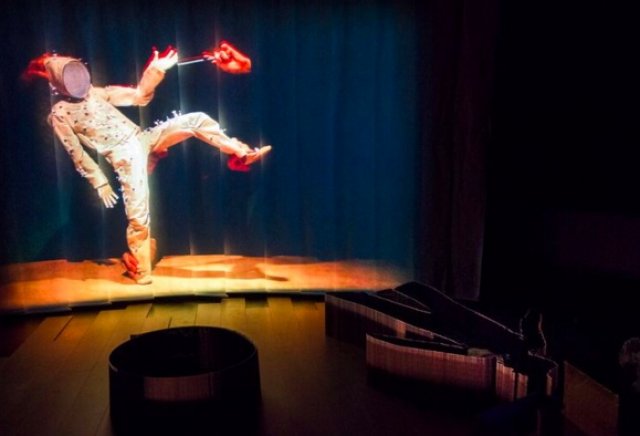 Marching backward and forward at once 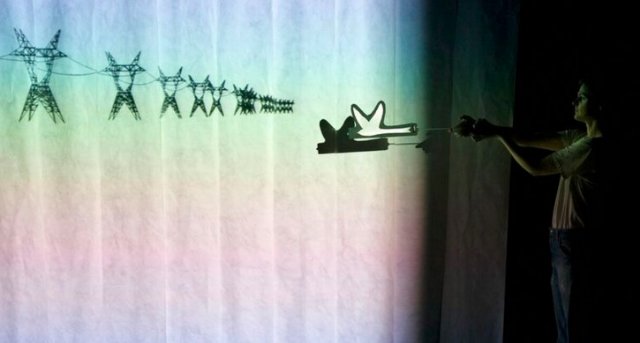 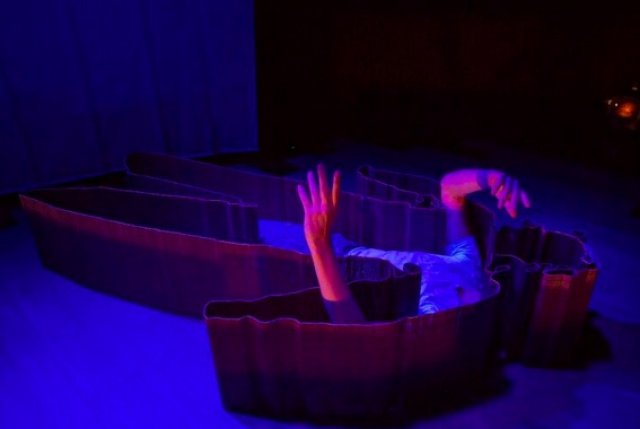 A cry for help emerges and is answered

American Weather takes the emotional temperature of Americans today. Chris Green, who created this moving and multi-dimensional theatrical piece, speaks of our country losing its narrative. Rather than proposing a new narrative, he suggests a new posture, one of groping acceptance, where we come to terms with the shape of our present in order to better prepare for the future.

As a Southerner, Green understands people who feel disaffected. Politicians who ran around during the last Presidential election warning that it would be decided by 500,000 Hispanic votes were not right. Yet they subsidize unnecessary translations of everything into Spanish, which Spanish-speaking citizens whose families have lived here for four hundred years deem unnecessary. They recognize English as the language of this country.

Green’s piece accepts the kind of confusion created by using tax payers dollars to translate our national language into another, which is not ours.  He speaks across the political spectrum.

The back of the stage set is made of translucent blinds behind which magical puppetry happens. Videos, often related to live action, are projected on the blinds. Telephone poles and wires look at first like the fence Christo built on the hills of Bodega Bay. A long line of slim verticals could be the outline of plane trees receding like a procession in a French film.

The charming puppet we first meet is the soul of the central figure. The puppet appears as a moonwalker and a beekeeper and other images a space suit suggests. Propped up by the helping hands of a puppeteer, which gives us a sense of proportion, this figure staggers about, almost in collapse and certainly in confusion.

As the puppet’s human counterpoint, Katie Melby has a lovely, androgenous feel. In jeans and a white tee shirt, she is Everywoman. Most of the time she is mopping. She does not mope, but she drifts in and out of confusion and mystification.

Melby's chair creaks as she sits. So does she. She yanks a board out of the floor to feed a fire she’s made, returning to the cave. Movements of Melby captivate. She can smoothly mop in circles, over and over, hoping an imperceptible mess can be righted. She shuffles backward to the music’s beat when it envelops her. She can sit down on the floor in one fell swoop.

Poetry almost incidentally is lofted by the musicians, Green on two guitars, Rima Fand on violin and all members of the group singing and speaking, folk style.

Finally a big brass horn is plucked from the ceiling and Melby begins to play. She is joined by a band. Brass is the answer.  Well, maybe there are no answers, but if we live with brass, things may be okay, bleak as they appear in the moment.

In a moment that is unique in every performance, Everywoman cries out for help, for another human’s hand. One night, a man leapt from his front row seat. On another, it took coaxing and even pleading to get another young man to leap over audience members sitting in front of him, and offer a helping hand. The gratitude expressed in their embrace was mutual.

It’s intriguing to participate in a visual and auditory happening that asks not what we get stunned and stymied by but instead accepts our present feelings and suggests we move on with brass.  American Weather is at HERE in New York through June 30.