The Country House by Donald Margulies 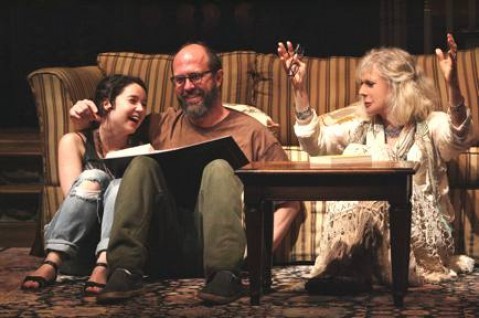 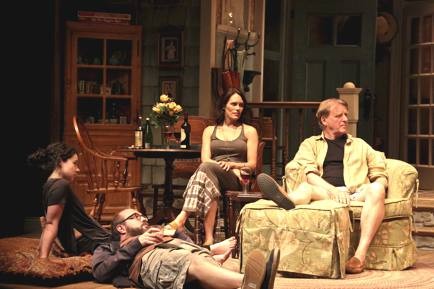 Donald Margulies’ world premiere new play now on stage at LA’s Geffen Playhouse is an exploration in both comedy and angst; sort of like Neil Simon meets Anton Chekhov in its style and tone with the audience getting the best of both playwrights and their insights at times.|

“The Country House” deftly directed by the award winning Daniel Sullivan, however, is a bit of a mishmash when it comes to knowing what it wants to be when it grows up. Is it a comedy? Well, maybe. On the other hand, perhaps it’s a melodrama. The First act plays like Neil Simon. The Second act slips into the familiar angst of Anton Chekhov. There are too many signatures to check in order to determine a single label. Suffice it say the comedy appellation carries the day.

Purists of both Simon and Chekhov will probably not be happy with Margulies dichotomous play being it’s neither fish nor fowl. But overall, it’s an enjoyable evening at the theatre thanks to a wonderfully strong ensemble cast led the elegantly ageless beauty that is Blythe Danner. The lady still turns heads when it comes to making an entrance on stage, or just walking down the street.

The story revolves around stage star Anna Patterson (Blythe Danner) and her family of actors who have gathered at the family’s summer home in the Berkshires (a theatre-rich area that Ms. Danner has played many times over the years) to commemorate the first anniversary of her daughter Kathy’s death at age 41. The guests include Anna’s conflicted, whiny, and unlikable son Elliot (Eric Lange); Kathy’s wise-cracking daughter Susie (Sarah Steele) who has eschewed a career in the family business instead opting to study at Yale; and Kathy’s widower husband Walter (David Rasche), a rich and famous television producer who brings his new and vivacious girlfriend Nell (Emily Swallow) to the family affair.

Not to be up-staged, even while learning her lines for an upcoming revival production (there is only one Queen Bee in the Patterson household), Anna has invited Michael (Scott Foley) a former young and handsome leading man from an earlier show in which they both starred to accompany her to her Williamstown summer home for the family gathering. The additional arrival of the unexpected guest Michael, throws all of the familial relationships off-kilter, and everyone is forced to reevaluate their roles within the family.
Danner and her cast mates are solid and fun to watch as they display their individual talent within a team/ensemble framework.
In the technical department led by the highly talented award winning director Dan Sullivan, Scenic Designer John Lee Beatty has fashioned a richly-textured country house Set worthy of any Berkshire wealthy family. Lighting Designer Peter Kaczorowski’s light plot ranging from full up to dark shadows and midnight moments create moods that complement the costumes of Rita Ryack, along the weather effects of Sound Designer Jon Gottlieb.

“The Country House” by Pulitzer Prize winning playwright Donald Margulies (he won for his play “Dinner With Friends” in 2000) may not be his finest play, but his body of work is formidable and includes: “Time Stands Still”, “Collected Stories” and the delightful “Coney Island Christmas” among others. Margulies has a string of successful plays to his credit which certainly qualifies him to be listed as one of America’s finest playwrights.

“The Country House” now on stage at LA’s Geffen Playhouse runs through July 13, 2014.