The Nose, a Surreal Opera, Delights 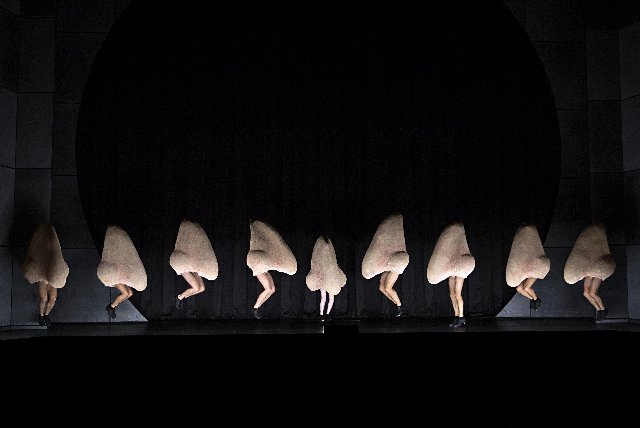 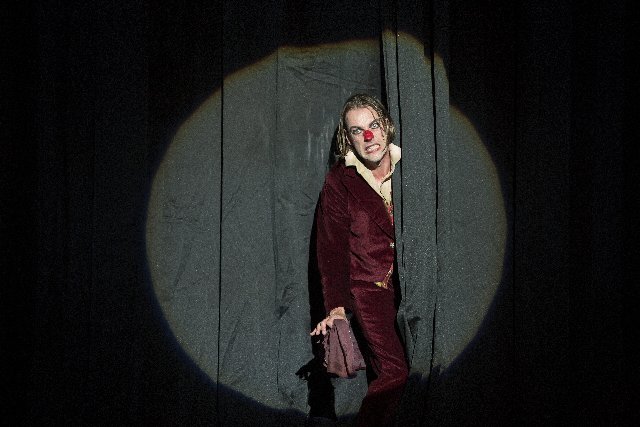 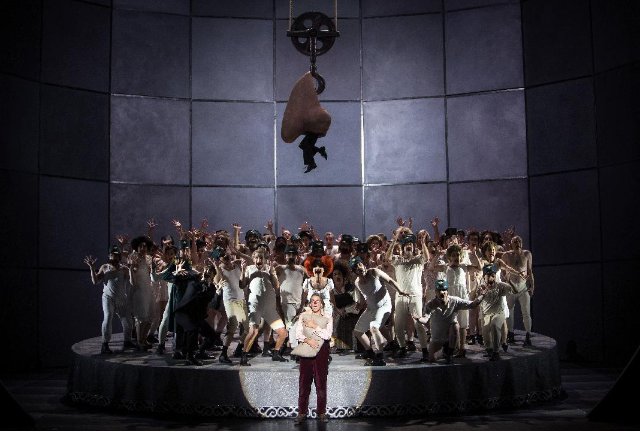 This last opening of the 2017/18 season at the Komische Oper in Berlin is a typical Barrie Kosky production - eccentric, colorful, and totally entertaining in its overboarding action on stage.

Who would have thought that Nikolai W. Gogol's surrealistic story from 1836 about Platon Kusmitsch Kowaljow's (Bariton Günter Papendell) loss of his nose would survive the times. It is a bizarre story that enfolds on stage when the vain Kowaljow wakes up from a drunken bout without his nose. He races through his town in search of this organ, where he is joined by an ever growing throng of gregarious helpers. When the police finally catches the rebellious nose, it will not stay on Kowaljow's face. Except, in the end, mysteriously, the nose attaches itself and all is well.

Absurd as it may sound, the 21 year old Dmitri D. Schostakowitsch in 1927 found the story a perfect vehicle to create a grotesque opera in three acts, combining elements of Western avantgarde music and theatre, Russian traditional music and classical opera techniques. He not only composed the music of this, his first opera, but also wrote large parts of the libretto. The opera proved to be too eclectic for the public at its 1930 opening in Leningrad. After only 16 performances it was canceled.

This new co-production with Opera Australia in Sydney, Teatro Real in Madrid, and the Royal Opera House Covent Garden has now come to Berlin. Here, it delighted the audience in this over the top production, showcasing 28 singers, 11 dancers and a choir in the most colorful costumes imaginable. It was choreographed by Otto Pichler. The stark stage setting in neutral gray by Klaus Grünberg and Anne Kuhn proved a perfect back drop for the turbulence on stage. The dance numbers, especially the one of the dancing noses, needed this quietness to develop their overwhelming impact.

The internationally renowned Baritone Günter Papendell as Kowaljow does a great job, bringing his character to life. His red-painted nose makes him always to stand out, even in the most unruly scenes. He is supported by the orchestra with its new conductor, Ainãrs Rubikis, who officially starts his engagement at the Komische Oper with the 2018/19 season.

All in all Die Nase brings a joyous and irreverent end to a great season and lets everybody look forward the the Fall of 2018.