Thoreau or, Return to Walden

David Adkins Bonkers in the Woods 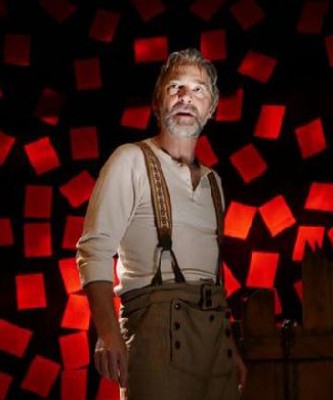 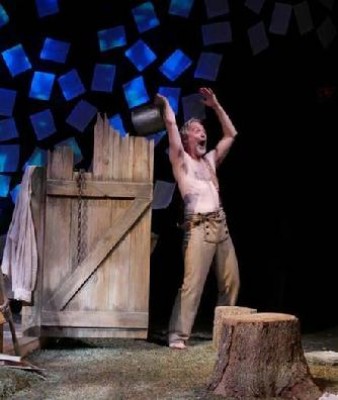 During the 1960s when many young people returned to nature by forming communes and subsistence farming or followed the non violent protests of Dr. Martin Luther King, a direct source of inspiration was the Massachusetts transcendentalist Henry David Thoreau (1817-1862).

That’s when I read Walden and On Civil Disobedience as well as his book on Cape Cod. During the heat of summer Walden Pond was a destination for a cooling day. The beach was crowded but there was an alternative route through the woods to a less populated area.

When visiting it often occurred to me that this was a shrine to when he resided there as a hermit from 1845 to 1846. In the 10’ x 15’ cabin he erected on land in Concord, made available by his friend Ralph Waldo Emerson, famously there were three chairs. There was one for himself, the other for an occasional visitor, perhaps Emerson, and a third for socializing.

The industrial revolution had its grip on the world. Primordial forests were being clear cut for timber, fuel and to create fields for farming. After the Civil War, having seen the fertile land of the Midwest, few returned to the harsh glacial soil of New England.

If one walks in the woods there are inevitable encounters with stone walls created by farmers around their fields. The indigenous growth has been replaced by ever more pernicious invasive species.

Thoreau and other New England abolitionists were outraged by slavery in the plantations of the South. Through the Fugitive Slave Act of 1850 a black man was viewed as the property of his or her master. Even in Massachusetts which had long abolished the institution, by federal law, an owner could go to court to recover lost property.

Although Thoreau was not widely read until decades after his death his work stands as vivid testimony of a one-man-stand in all that he saw wrong about greedy neighbors in Concord and apathetic support for the then legal institution of slavery.

While not a scholar of Thoreau and his eccentricities the performance of him by David Adkins seemed like a deranged train wreck. This was not at all the sober, meditative, deeply spiritual persona which so inspires one when reading Walden.

In the time frame of the one act play, having its world premiere in Stockbridge, it is over a decade later in 1859 when freedom fighter John Brown (May 9, 1800 – December 2, 1859) is awaiting execution that Thoreau has returned to the Concord woods.

We first encounter Thoreau buck naked with his back turned to us. In the seclusion of the woods it is known that he did indeed, weather and mosquitoes permitting, contemplate nature au naturel.

Recognizing us he bolts off stage and returns with a conveniently placed straw hat. This also creates the dramatic device of an audience for his one hour and fifteen minute monologue.

It is dawn in the woods and he mimics the sound of an awakening rooster. This shtick is prolonged far too long and is a signifier of a production that in the vision of the playwright/ actor Adkins and director Eric Hill seems always way too manic, over the top, and never properly balanced.

There is another device that becomes far too obvious and tedious as he gradually puts on articles of period clothing designed by David Murin. When this dressing ritual is complete it is apparently time for Thoreau to leave us and return to the corrupt society he detests.

The anticipation of this play was the opportunity to visit Walden that shrine of peace, passive resistance, and communion with nature. While the play and its time frame of his progressive dementia may be historically accurate the enactment was disturbing and unpalatable. It would be more satisfying to read Walden yet again and be alone with that experience.

Starting with the rooster bit the tone and pace of the character was too much of a monotone. There wasn’t the kind of space and shifts of mood for us adequately to absorb the advance of the narrative as he honed in on the fate of John Brown awaiting execution for his murderous rampage.

The theme of John Brown is introduced by reading several newspapers which just happen to be up to date and lying around in the woods. Each paper is identified with a few sarcastic comments on its editorial leanings.

Only one appears to give a full account of Brown’s statement in court. In a surprising break from Thoreau the actor, kneeling with chains about his wrists, briefly portrays Brown. One considered that this other character needed a larger presence in the play.

A couple of summers ago we spent an afternoon wandering around Harpers Ferry during a break from a theatre festival. It remains a small river town and one had the feeling of its history when Brown, his sons and supporters, like the earlier revolt of Nat Turner (October 2, 1800 – November 11, 1831), took up arms against slave owners. Five years after the hanging of Brown the nation was at war. In that regard he was a catalyst and martyr.

As Thoreau tells us he refused to pay taxes to a government for its support of slavery. After six years of passive resistance he spent a night in Concord jail as Adkins vividly shows us.

Overall, the production values were top notch from the set of Michael J. Riha which was sparse yet evocative and functional to the bucolic sound design of J. Hagenbuckle.

Thoreau wrote about the whistle of the nearby passing train. It was also how be walked into town along the tracks to sell the beans he raised for some money to purchase essentials. With a bright light signifying the train we see Thoreau knocked to the ground. Is this poetic license or based on fact? It just didn’t make sense.

He had teaching and writing gigs after graduating from Harvard but he was either inept or indifferent in supporting himself.

It is difficult to differentiate whether his isolation was a monk-like deliberate act or simply misanthropic.

This play evokes interest in what we really don’t know about an American icon.

If one simply reads the work he was a literary and philosophical giant who inspired the successful non violent movements of Gandhi and Martin Luther King. Walden is the owner’s manual of all who strive to commune directly with ever more fragile and violated nature.

But the Thoreau that Adkins and Hill send us home thinking about is a deranged eccentric stomping about in the woods. The production never allowed me to feel and appreciate what he truly accomplished.

The prevailing impression is of a man who had great ideas and insights but was mostly off his rocker and unable to function in society. Given the Adkins/ Hill interpretation today Thoreau would be diagnosed as sociopathic and medicated.