Figurative Works by a Romanian Artist 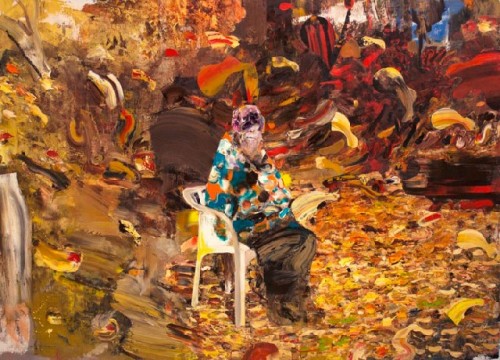 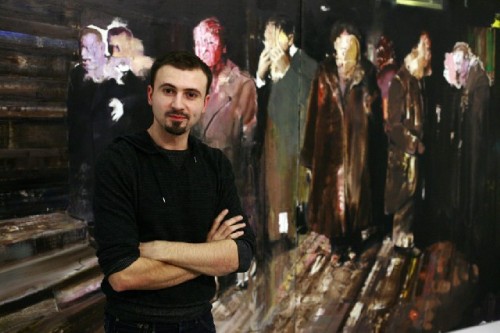 Work by the Romanian artist now on view in London. 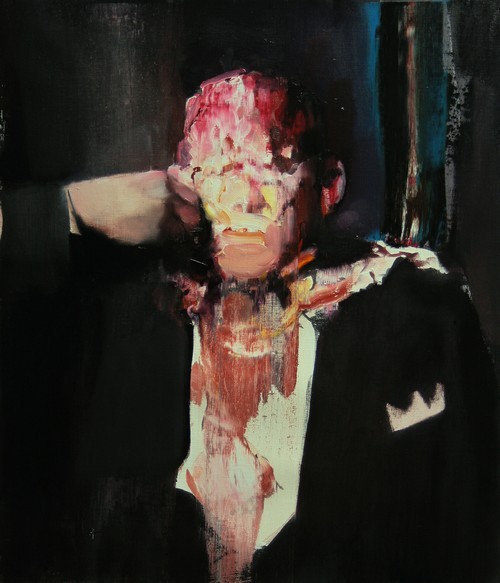 From the Pie Fight series. 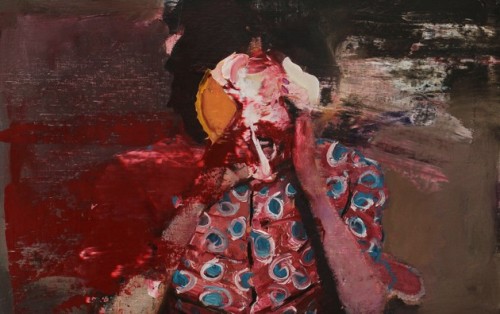 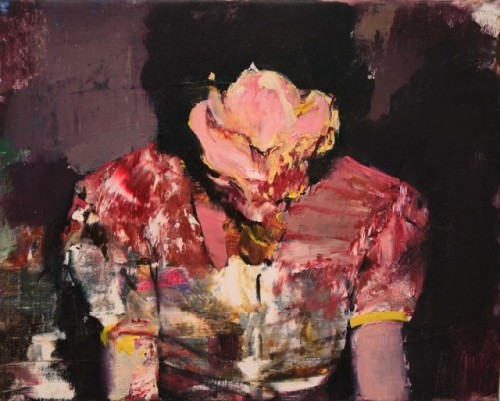 Adrian Ghenie’s exhibition “Golems,” at the Pace Gallery, London, is a collection of the Romanian painter’s new figurative works. These are paintings in oil on traditional linen; in fact there are many elements to the artist’s works that reference the history of European painting, yet with the contemporary addition of juxtaposing Ghenie’s paintings with installation.

The golem is an animated anthropomorphic creature from Jewish folklore, created entirely from inanimate material. The being was said to carry out terrible deeds, and in medieval texts was formed from terracotta and activated by an ecstatic ritualistic act. Ghenie’s reference is the creation of a radical idea in society; let loose to change its socio-cultural environment. The artist also uses the golem as a metaphor for modern artificiality and simulacrum.

These concepts are placed in context with an installation. Ghenie’s paintings are presented alongside a specially created chamber. This installation environment is titled The Darwin Room and is built within the white cube space of the gallery. The installation is crafted from meticulously sourced 18th century paneling, floors, and furniture juxtaposed with contemporary items, and illuminated by an internal window said to reference ‘post-enlightenment thinking.’ The installation is a recreation of the attributed-to-Rembrandt’s painting Philosopher in Meditation, 1632 (Collection Le Louvre Museum, Paris). Ghenie demonstrates how a certain aesthetic form became the criteria for the European intellectual’s environment.

This environment suggests a space for academic contemplation, within which we are greeted by a space devoid of the figure yet surrounded by the slightly Baconian figures of Ghenie’s paintings. The artist references Darwin in his works as the protagonist of the transformative idea, yet absent from the installations environment of thought, instead replaced by the viewer. The paintings are separated from the white cube space by the installation, creating a boundary with the contemporary. The viewer journeys through the history of the transformative and transgressive thought referenced in the attributed to Rembrandt’s ‘Philosopher’, but the construction is also a stereotype of the idea of the academic and the intellectual; an old man in a darkened room surrounded by equipment; a jaded visual repetition, used as rhetoric for a noble scientific history.

Ghenie presents himself in" Self Portrait as Charles Darwin," 2014, oil on canvas. Here the artist is at once the arbiter of scientific change, the cliché of the tortured intellectual, and the anamorphic threat of the Golem; the idea let loose to reek havoc. All of these elements are present in Ghenie’s Bacon-esque brush strokes.

With a fluidity of paint the artist mingles his identity with that of the axiomatic historical figure; the blurring of the objective ‘Iconic’ with the subjective self. Adrian Ghenie highlights an era that questioned man’s significance, the existence of God, and the question of Creationism —through a use of paint that suggests the anamorphic nature of identity through the evolution of scientific understanding, and contradiction of the Baconian flesh that presents it.