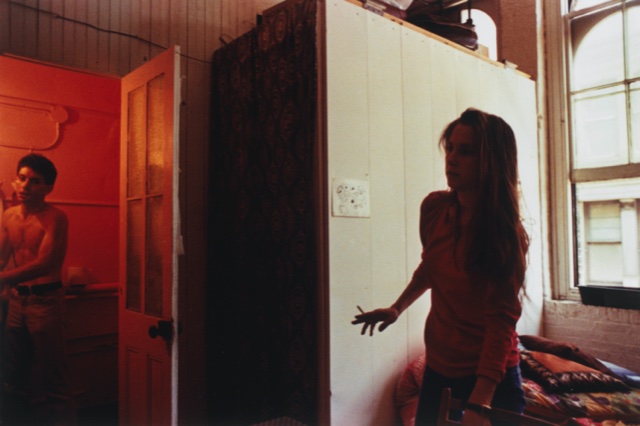 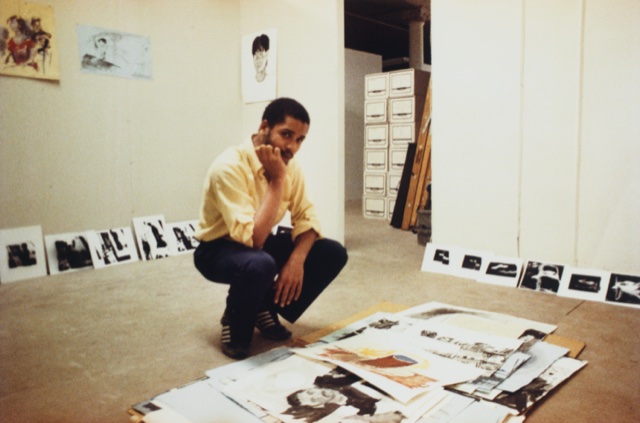 Darrel Ellis, his studio in the Whitney Independent Study Program on Broadway 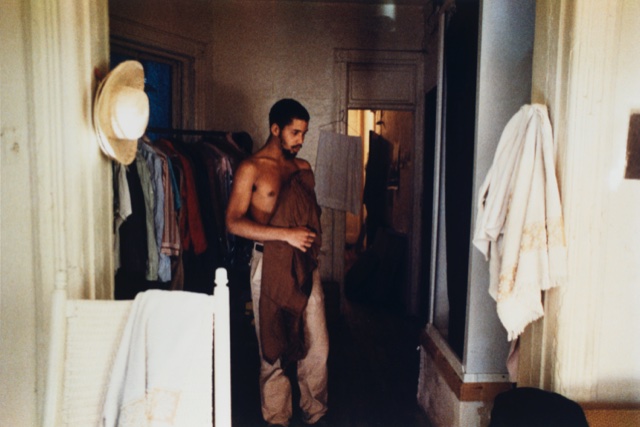 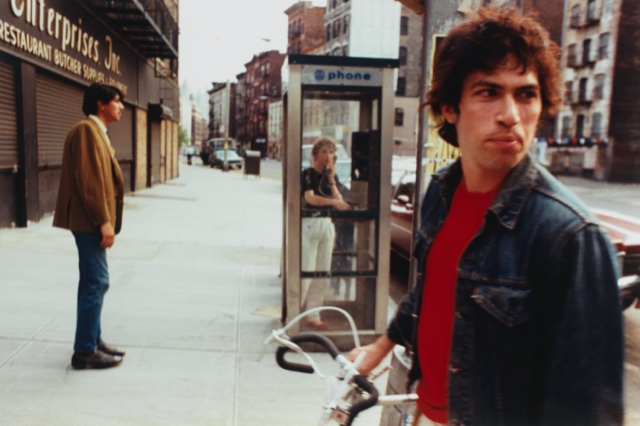 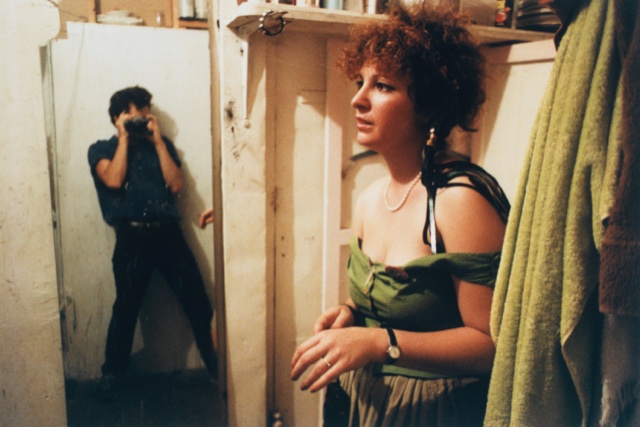 Nan Goldin on her 28th birthday. Frame in the mirror reflection 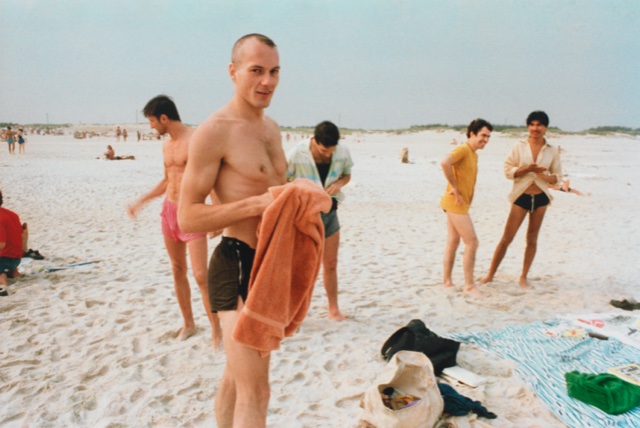 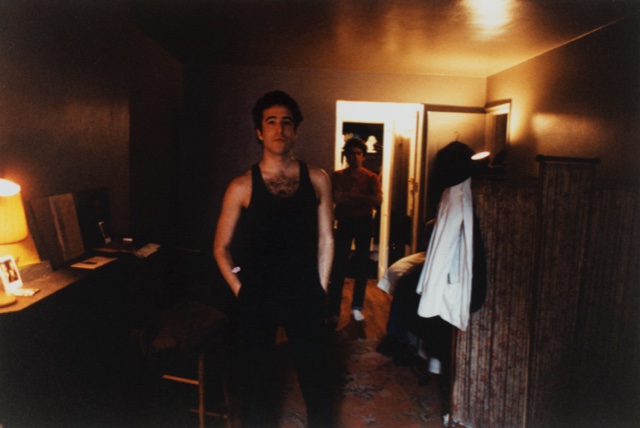 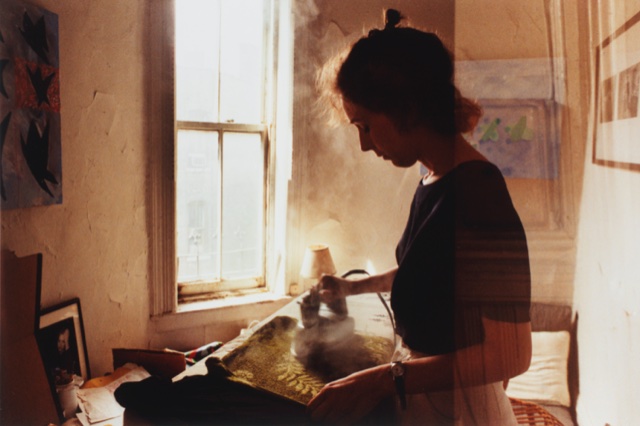 In this new book of color photographs, all shot in 1981, Allen Frame attempts to revisit a zeitgeist that had given rise to an aesthetic that was distinctly New York.

The distinctiveness was related to a circle of friends, many – though not all of them - gay men, who were making art at a specific moment in New York’s history.  FEVER is Frame’s personal documentary of that time, before the deepening tragedy of AIDS would claim the lives of many of the young artists pictured in this book. Each photograph is personal, political, and poetic.

Looking back, forty years later, the photographs in FEVER are visually deconstructing time. Here we see friends living their lives before any of them had ever heard the word AIDS. What’s so striking about the photographs is “the irony of that year,” says Frame, “the mood and palette of the pictures versus the impending pandemic." To my mind, the title of the book could easily have been “the way we were.”

Being a fixture of the rapidly changing New York art world of the 1970s, Frame was introduced to artists and photographers such as Nan Goldin, Peter Hujar, Darrel Ellis, Mark Morrisoe, Kenny Scharf  and others, whose visual language was considered groundbreaking in New York City’s East Village – the epicenter of  experimental art. This was art that embodied the spirit of the time, drawn from ideas and experiences of the life that was swirling around them. This was a visual language that Frame immediately embraced.

The photographs from FEVER are of Frame’s friends and extended community. They are taken in the style of family snapshots, using only available light to give the pictures a warm and sympathetic appearance. In only one did he use a flash. All are in color.

The use of color film in 1981 was still relatively rare. Not only was it far  more expensive than black and white, but art critics did not take it seriously. It was considered tacky and cheap, the stuff of cigarette ads and family albums. Plus, it was not user-friendly. When Kodachrome (the first successful color material used for both movies and still photography) was introduced it was so complicated that even Ansel Adams, a darkroom wizard, had to rely on labs to develop it. Not only did photographers working in color have to master a new medium, but they also had to forget the distinguished precedents that had drawn them to photography in the first place.

The first watershed moment for color photography took place just five years prior to the photographs in Frame’s book.  In 1976 the Museum of Modern Art launched a legendary exhibition, Color Photographs by William Eggleston, the museum’s first - ever- show of photographs in color. The exhibition was accompanied by the museum’s first publication on color photography, a 112-page, poshy, hard-cover book with 48 color plates. This was very unusual for a solo exhibition by an artist few people had ever heard of. It was also the most hated show of the year. Shot in the Mississippi Delta, where Eggleston lived, the pictures were of “nothings and nobodies”: a child’s tricycle, a dinner table set for a meal and so forth. “Perfectly banal, perfectly boring,” one critic wrote, “a mess,” wrote another.

Reflecting on an Eggleston photograph, Ansel Adams remarked: “If you can’t make it good, make it red.” Robert Frank chimed in with “black and white are the colors of photography,” and Walker Evans once wrote, “Color photography is vulgar.” These photographers all had had major success working in black and white, so why would they support the use of color?

But a younger generation was about to.

Even though the Eggleston show was trashed by just about everyone,  it marked an important shift. Color photography was about to be absorbed into mainstream art.

By the time of the MOMA exhibition, Frame was aware of the elder photographer as both had been born and raised in Mississippi. In 1974, after graduating from college in Boston, Frame returned to his hometown and was introduced to Eggleston.  He, too, found Eggleston’s photographs banal. Frame’s approach to photography was more psychological, and certainly more personal than tricycles.

Frame first studied photography while attending Harvard University, first under Henry Horenstein in a community center in  Cambridge,  and later under Bob Hower at Imageworks, also in Cambridge. But his biggest influence was to come from movies.  “I had been a film buff since childhood and in Cambridge I saw a lot of repertory cinema.”  Through courses in film analysis Frame was introduced to Italian neorealism, a politically committed reaction to the glossy, studio-bound, Hollywood-influenced productions approved by Mussolini’s regime. Directors were taking their cameras to the streets, and frequently using non-professional actors to portray the real-life struggles and hardships of everyday life in a nation shattered by the aftermath of WWII. Thus, neorealism is a product of a very specific time and place.  Indeed, Martin Scorsese refers to it as “the most precious moment in film history.”

Frame was especially drawn to the films of Antonioni, Fellini and Visconti, directors who had developed a more subjective, stylized, approach to filmmaking. They would become a huge influence on his artistic sensibility: “I acknowledge, for instance, that abstracted psychological narrative of Antonioni, his framing, his tenuous connection to plot, as an important influence on my own photography.”  Objects, articles and architecture are a signature of Antonioni movies, films that nail the zeitgeist of the moment, in this case, the sixties. In an interview from 1969 Antonioni said: “until the film is edited, I have no idea myself what it will be about. Perhaps it will only be a mood, or a statement about a style of life. Perhaps it has no plot at all.”  And that is, perhaps, a good way to describe the photographs in FEVER.

As Frame explains, “My technique is kind of like that of a street photographer using a 35mm camera shot with very fast reflexes, even when the scenes look slow and still. I am using foreground and background spaces split by walls or figures.”

All of the photographs in FEVER are pictures of real people living their lives, whether in their apartments, on the beach, or on the gritty streets of  New York. They are all carefully posed to appear as though caught on the wing. Each is imbued with psychological intimacy and abstraction. A photograph that particularly jumps out at me is of a man and a woman in an apartment, a duality of light and shadow. They are split, rather, separated, by a partial wall. He is in the bathroom, bathed in a soft, red light. There is natural light from an open window behind her, yet her body is in shadows, almost silhouetted.  He is topless. She is fully clothed. Her right hand dangles a cigarette. There is a bed behind her. Are they lovers? Just friends? This picture is a good example of how Frame places his subjects in different planes, “emphasizing the sense that they are in different psychological states of mind.”

In another photograph a group of young gay men are casually socializing on a beach in the summer of 1981. The camera is an objective observer. Here is an example of Frame’s use of foreground and background spaces. The men are not separated by walls but are carefully distanced by spacing. One of them faces the camera while the others are in the background. They are not flirting. They are not touching. They are simply living their lives. While the photograph is one of happiness and innocence, when reflecting on it forty years later there is a ghostly pathos too, as this is a portrait of a life that would soon be eclipsed by AIDS.

Frame’s friend, photographer Nan Goldin, once said that she used to think she couldn’t lose anyone if she photographed them enough. I believe Frame’s work also speaks to the empathy Goldin has for her friends.

On view now at MATT Editions HQ in Brooklyn is an exhibition curated by Frame which includes photographs from FEVER.

The introduction to FEVER is by Drew Sawyer, Philipp Leonian and Edith Rosenbaum Leonian, Curator at the Brooklyn Museum. The book is published in an edition of 500 copies of 152 pages with 50 color photographs and text and is available for purchase at the gallery.

At the end of the book are interviews with eight of the artists pictured in  the book that are still living.