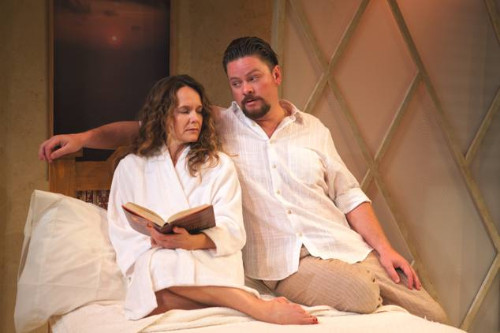 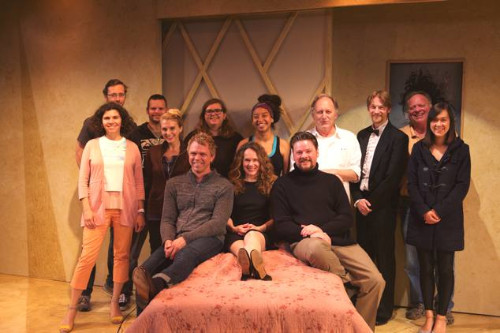 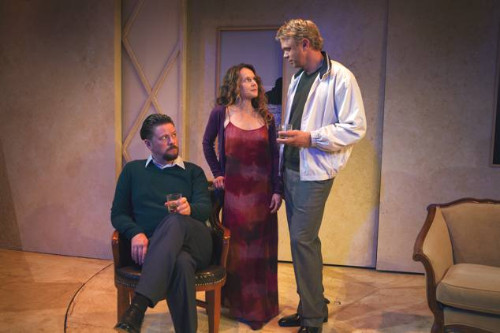 The late British playwright and Nobel laureate in Literature, Harold Pinter, was a master of the oblique and sometimes even the opaque, when it came to complex or complicated characters and plot situations. He was a playwright that forced one to become fully engaged in what was taking place in order to understand and appreciate the slices of English life he was illuminating on the stage.

American audiences often found his work too elliptical, bewildering and esoteric to the point of losing his audience along the way; producing such comments as “boring” or “what is he trying to tell us”? We Yanks have been known to have short attention spans, causing some of us to leave the theatre at the interval shaking our heads. However, when one gets on Pinter’s wavelength, the journey can be extremely revealing, rewarding and entertaining.

The North Coast Repertory Theatre’s potent production of marriage infidelity and betrayal is full of clever directorial touches, like the timing of Pinteresque pauses and the overall pacing between the excellent ensemble cast of Carla Harting, Jeffrey Frace, and Richard Baird, with Benjamin Cole contributing as a pompous and frustrated European waiter.

Pinter’s usage of reverse chronology as a method of telling the story was innovative for its day (1978). The play begins in 1977 with a meeting between adulterous lovers, Emma (Carla Harting) and Jerry (Jeffrey Frace), two years after their affair has ended. During the nine scenes of the play, we move back in time through the various stages of their seven year affair, with the play ending in the home of Emma and Robert (Richard Baird) her husband, who is Jerry’s best friend.

The actors have insightfully captured the essence of what is usually referred to by Europeans as the coolness and passionless nature of the English. Harting nicely displays an understated English Rose exterior as well as her desire to get more excitement out of life as the lover of her husband’s best friend Jerry. Frace as Jerry, although married with children, lets his hormones make the decision to begin his affair with Emma following an evening of too much drinking at a party. Frace is a very determined, smooth, and an accomplished seducer who knows his way around infidelity.

Baird’s knowing cuckolded Robert, is a study of a man wounded and betrayed by his best friend. Baird’s controlled bluster on the outside belies the seething energy inside. We’re not sure what Robert is capable of doing, but over drinks in a Venetian restaurant one summer, we find out that Robert is no angel either. It’s a disciplined gem of a performance. One is reminded, at times, of the poignancy of that most achingly English of all illicit love-affair plays and movies: “Brief Encounter”, from the pen of the great Noel Coward.

“Betrayal” is a sophisticated and provocative production for grownups that runs through June 28, 2015