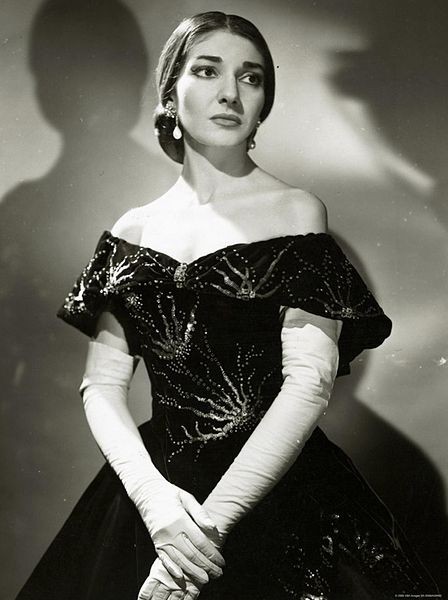 Maria Callas in her prime. 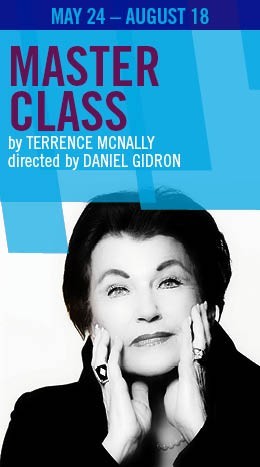 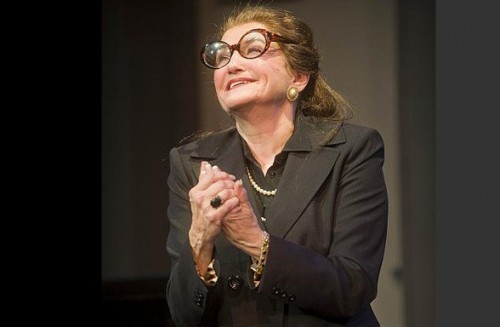 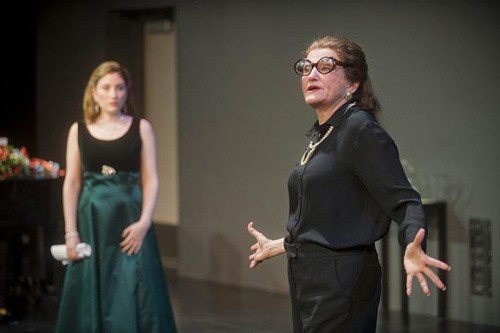 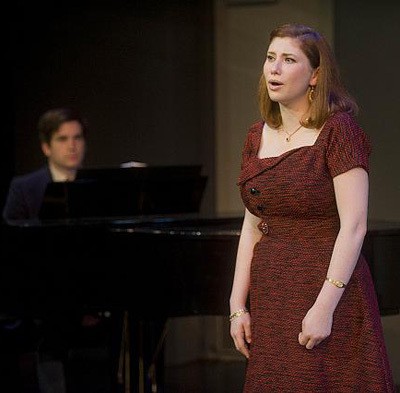 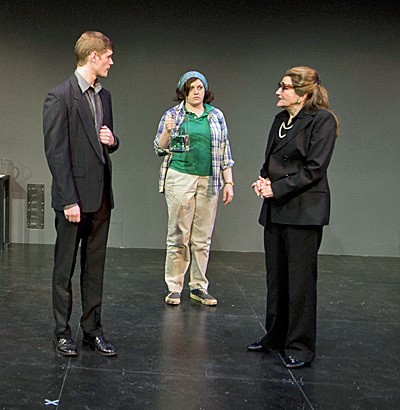 Yet again Annette Miller shows remarkable range and versatility in a meticulous portrait of the tragic diva, Maria Callas.

We have come to expect nothing short of excellence from one of the finest resident actors of the Berkshires a member of Shakespeare & Company.

If her impeccable performance is flawless not so the spotty play Master Class by Terrence McNally.

There is a true suspension of belief, as particularly in solo fantasy sequences, we see not just a performance by Miller but a séance evoking the shade of Callas on stage.

It is a tribute to the meticulous study and attention to details  which Miller brings to each and every role. Including, in this production directed by Daniel Gidron, an impressive command of passages of opera spoken in fluent Italian.

For a regional production it is remarkable to see her accompanied by an outstanding cast of actors who are also impressive young musicians and singers. In particular we have seen Deborah Grausman in a variety of roles but never suspected the opera pipes she demonstrated in the demanding role of the quirky, skittish and sensitive student Sharon. That’s remarkable considering that Audra MacDonald (performing at the Colonial this weekend) won a Tony for the role on Broadway.

The beanpole tall Alec Donaldson was spot on as the tenor Tony.  Nora Menken as Sophie has less to work with in a difficult role. She never seems to get beyond the first notes before being interrupted by Callas. As an actor Luke Reed as Manny isn’t given much breathing room but impressively plays piano for the master class. Josephine Wilson as the Stagehand is a fairly expendable role which she plays in a deadpan manner.

The trope and premise of the two act play at times is tedious, predictable and less than engaging.

Ok. We know that Callas was a Diva, not very well liked, and feuded with peers. Even her legion of fans dissed her but, as an audience member who was there told me during the interval, lined up round the corner for standing room only. Notoriously near sighted she was known for not paying close attention to the conductor or adhering to the score. That said she was loved for the dramatic attention she brought to performances which were never the same.

She was not known for the precision of her technique. Indeed an enraged Sharon at the end of a master class from hell confronts Callas about the fact that she threw caution to the wind and burned out in just ten years. Callas tells us that the recordings survive. Indeed.

The mantra of her advice to “victims” as she refers to students of her master class is that they must strive to be actors and not just singers. It was her notable contribution to the art form.

She questions them about the setting and motivation of their scenes. They reply that it's not in the text and they are just singers. For Callas that's unacceptable.

Those who attended her actual master classes in the 1970s comment that McNally has taken liberties with the facts. In reality she was noted for conducting the sessions in a very professional manner and not with the viciousness conveyed by the play.

All too soon we experience the limits of McNally’s device of the master class as a vehicle for presenting Callas past her prime and passing along blisteringly harsh advice to students who have slim odds of survival in a brutally competitive field.

We thoroughly enjoy Miller’s asides revealing the character and her tragic love affair with Aristotle Onassis. We learn that as a condition for the marriage she strove for he demanded that Callas abort their love child.

She did and he dumped her.

This is tough stuff all of which Miller conveys with a stunning depth of emotion.

But she keeps getting pulled down by tedious plot points which insist on presenting a caricature of the singer as a diva.

Get me a pillow, foot stool, more water. Get this. Get that.

There is more to a great artist than absurd demands. We need to know what’s behind being regarded as La Divina.

McNally provides the basics of how art is made. That surely is why this so so play is enormously popular with both theatre and opera fans. We all want to know more about the process of making art. As one who constantly probes those issues I find his take at best superficial.

The constraints of the script never give Miller the opportunity to take off the gloves and let down her shellacked coif of a wig to reveal the complexities  of a great artist no longer on top of her game.

To be sure Miller does a truly awesome job of working within the limitations. Perhaps it really was Callas on stage. But that total absorption occured only now and then.

Perhaps you think this harsh. I assure you not at all by comparison to Callas and all great artists on that level. Including Miller.

Surely they all will affirm that it is worth selling your soul to the devil for ten years as a star of La Scala.

At the end of which Mephistopheles the Lord of No Mercy shows up to collect his marker. In this case hell as a wasted voice and getting dumped by the richest man in the world. He then purchased the services of  the ultimate trophy wife, Jackie O.

Brilliantly Miller leaves us wondering whether a decade of fame and glory was worth the price.

De gustibus who the devil knows.