Both a Borrower and a Lender Be 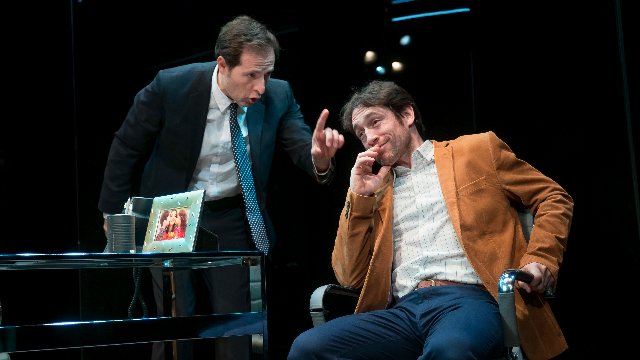 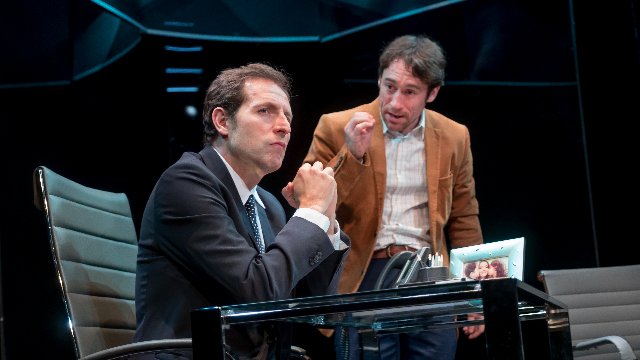 In their current repertory season, Repertorio Espagnol is presenting the two hander, El Credito by Jordi Galeran. Luis Carlos de Lombana (Antonio) and Txemi Parra (the loan officer) are featured as a loan officer who can’t say yes and a clever borrower with no assets. No one has heard Polonius’ advice: neither a borrower or a lender be. The setup is classic.

Since the beginning to time those in need of cash have humbled themselves before Shylocks and banking specialists. Fearful for their jobs and preferring a turn down to approval,  loan officers say no as a way to secure their own futures and deprive others of one. Only for a brief period, investment banks wanted as many mortgages as possible and badgered clients to borrow even when they had no way to repay.

In Jim Carrey’s star turn in Yes Man, he plays a depressed loan officer who Terrence Stamp converts to saying ‘Yes’ and thereby reinvigorates his life. This loan officer will do the same, but ruin his.

While the transformation takes place, we are thoroughly entertained by the twists and turns of loan negotiation. You never imagined that this would involve the threat to seduce the loan officer’s wife as well as the disposition of his brother.

Leni Mendez creates a bank office and long paneled glass with a central illuminated portrait of a bone or penis. We engage in the proceedings as though we are seated in a third chair at the table. We are rooting at first for the borrower, and then the loan officer, because the borrower is much more clever.

De Lombana has us laughing all the way. An astute observer of human gesture and tone, he turns the loan officer in the wind. Never has ‘no’ had such dire consequences. Even when the loan officer regains control for a moment, it's a brief one. The borrower’s rejoinders are endless.

During the evening we get funny lessons in negotiating, love making, and the use of the eyes and hands to express ineffable emotions. Vocabulary lessons at first confound the bank officer and then infuriate him. He will not be one-upped and put down.

Hanging over the evening is the planted fear that the loan officer will end up like his brother, a musician. The man was kicked out by his wife and lives in a studio with a hot plate for cooking and a piano.

El Credito is a duet and a pas de deux. Go see it to appreciate its enchanting humor.