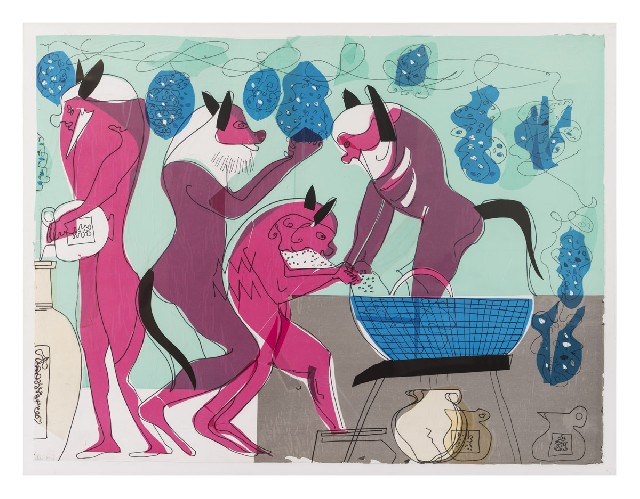 The cult of Dionysus. Images courtesy of the artist. 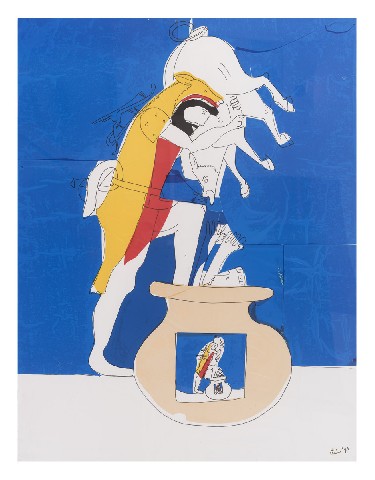 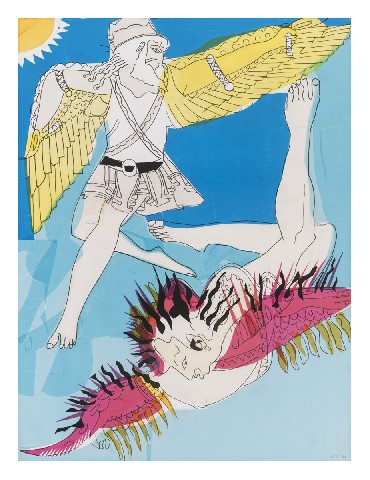 The Fall of Icarus. 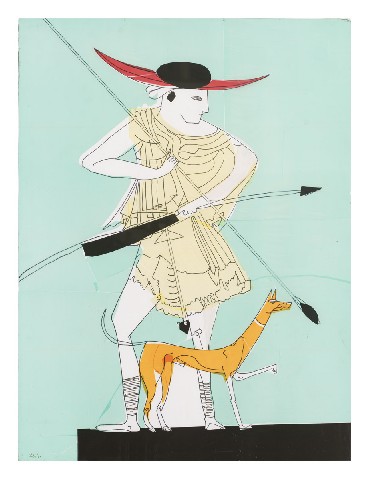 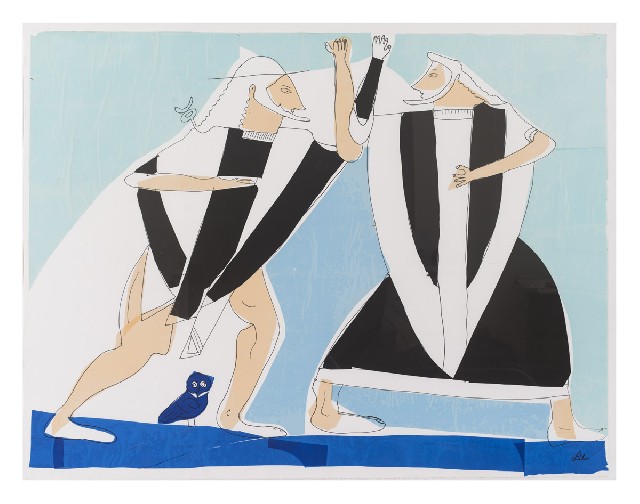 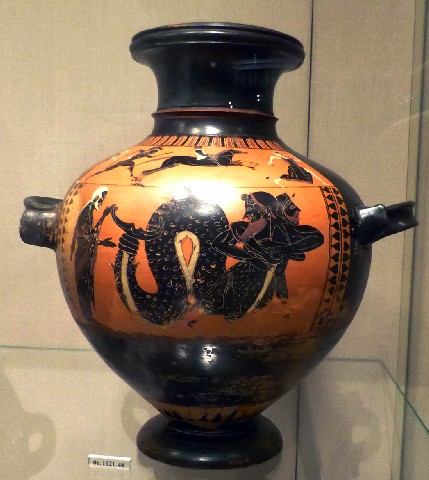 Greek pots in the Met inspired the series of collages. 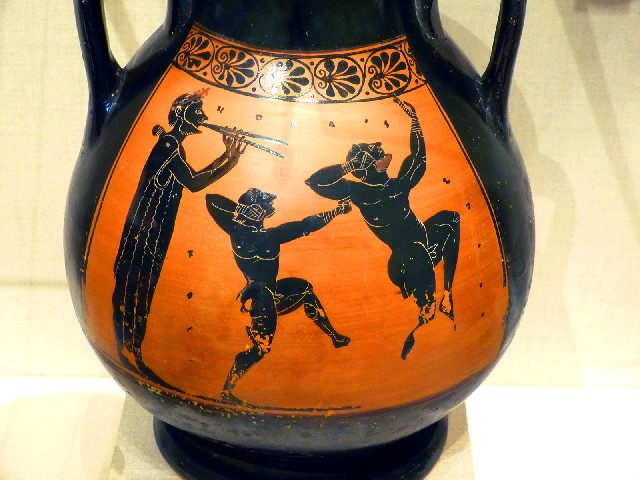 He captured their sense of playful whimsy. 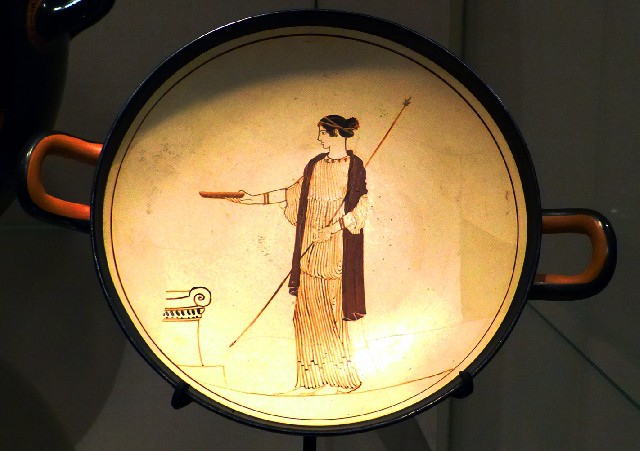 The artist Raeford Liles, whom I have known and written about since the 1960s, has always been noted for invention, speed of execution, and a lyrical whimsy.

As the artist states ""I've always thought of myself as an abstract figurative artist. It's like the process of exploring a labyrinth of doors.Each body of work opens a door to another area leading to yet another door. So it is a constantly unfolding process."

His remarkable Greek Pots series was inspired by visits and research in the extensive classical collection of the Metropolitan Museum of Art. In particular he admired their strong and simple graphic quality. With the most sparing and elegant line the artists conveyed the range of warriors, gods and mythology.

During a recent visit to the museum I viewed many of the pots that had inspired him. The works of Liles allowed me to see them in a new and different manner.

In the studio he developed a manner of stripping to the barest essentials a series of compelling, witty collages that catapult those ancient works into the brightly colored dynamics of contemporary art and design.

From the sketches he made on site he transformed and reconfigured the images with swift and sweeping lines. True to the red and black figure vases there is sharp contrast and a pervasive sense of flatness.

The linear design on sheets of paper were then enhanced with brightly colored adhesive tissues. Before the development of computer graphics these materials were used by commercial artists to create camera ready mechanicals for graphic design.

It was typical of Liles to transform the process of commercial art as suitable for the needs of experimental fine arts.

Given the fragile and fugitive materials, however, there are conservation issues that put the works at risk. The ephemeral technique was pushed beyond the limits of its initial use and functionality. The tissues are sensitive to light levels and concerns for sustaining works on paper.

With their overall flatness and planes of bright color the series lends itself to digital printing. There is virtually no difference in the surface and impact of the print when compared to the original collages.

It is ironic that in choosing the camera ready mechanicals of graphic artists Liles opted for an approach of what Walter Benjamin in a famous essay described as "The Work of Art in an Age of Mechanical Reproduction."

Now in assisted living in Birmingham, Alabama there was also the issue of preserving and archiving the legacy of an artist whose production spans many decades.

During his years in New York he showed at East Hampton Gallery, where I first met him, and later Liles had a number of exhibitions with Donahue Sosinski Gallery. He has exhibited internationally and his work is in the permanent collection of many museums. Since he and his now deceased wife, the art historian Virginia, returned to Alabama his work has been shown and collected there extensively.

There is particular interest in his Vietnam War protest series. As a teenager he was a fighter pilot in the South Pacific. In the 1950s he was an officer in the Strategic Air Command based in Paris. During that time he studied French cuisine and later collaborated on a cook book with New York Times food writer Moira Hodgson.

Over the past couple of years there has been an extensive project to catalog and photograph the work which is archived in New York.

A selection of particularly compelling collages have been published in limited editions of giclee process digital prints.

Through the prescient efforts of the artist's family it is reassuring to know that his work is being preserved, refreshed and available to delight future generations of viewers.

For further information about the artist and availability of work contact info@raefordliles.com.