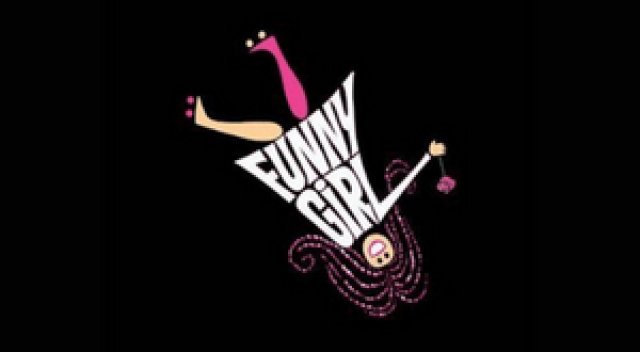 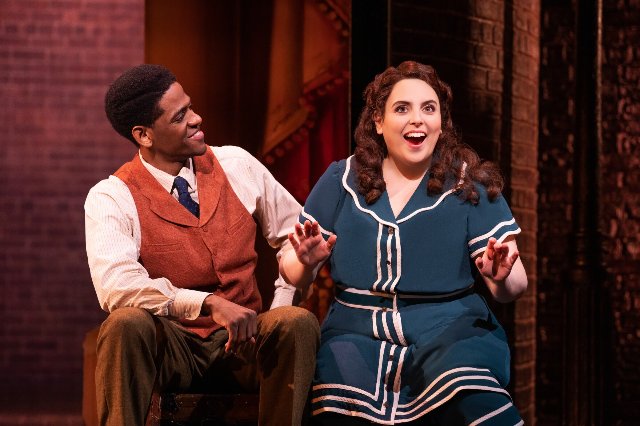 A star – whether on Broadway or in film – is not necessarily more talented than others. What a star has is a presence or charisma that keeps your interest and your eyes on them no matter how many others are on the stage.

That “star-quality” is what is lacking in a rather pared-down revival of Funny Girl now at the August Wilson Theater on Broadway.

Fanny Brice – the real-like comedian who is the title character – had that quality. Unfortunately, while Beanie Feldstein is talented and tries hard – she doesn’t.

Too often in group scenes my attention and eyes were on everyone else but her. When you start counting the number of dancers (8 women and just four men), it tells you a lot about the production.

For a show that revolves around the Ziegfeld Follies, the show is lacking in any opulence. The scenic design has effectively decreased the size of the playing area to the center; is it a way to try to hide the small cast?

Partway back, a semicircle round brick tower with windows only on the higher floors comes on. It opens to create even smaller spaces. As I was watching it, it reminded me of Copenhagen’s Round Tower. What it was supposed to represent, I have no idea. It wasn’t effective as the Brooklyn neighborhood Fanny and her family lived.

Even the costumes by Susan Hilferty don’t live up to the glamour both Ziegfeld and Fanny would have required. The silver outfits in the “Private Schwartz” number look more like tin soldier costumes than those worthy of the Follies.

Add to that a pared-down orchestra and a minimal group of dancers, and you have a production that a friend said reminded him of a “bus and truck tour.”

Feldstein isn’t bad as Fanny. I certainly didn’t expect or want her to channel Barbra; her voice is pleasant and on-pitch but that’s all. Probably most Broadway show chorus members could sing as well. She is best in the comic scenes and adds some slapstick to the show. She acts acceptably, but she doesn’t draw your focus. She doesn’t seem to be the center of her own show.

Who is? If you gauge by the opening applause, it is Jane Lynch as Mrs. Brice, Fanny’s mother. Lynch is the best-known cast member – for the TV series Glee – but she doesn’t nail Rosie Brice – a tamer version of Gypsy’s stage mother. (It’s interesting that both characters are Rose, their real names.). She sings well and can hoof a little. The problem is she neither sounds nor acts like a Jewish mother in Brooklyn. Her attempt at an accent comes and goes.

Preshow publicity made a lot of the fact that there was a choreographer (Ellenmore Scott) and a tap choreographer (Ayodele Casel). It seemed that there would be a significant amount of tap, particularly by Jared Grimes who plays Eddie. While there is some very good tap, it doesn’t seem as though that much has been added. Grimes is very good in the role, particularly in the “Who Taught Her Everything She Knows?” number with Lynch. For some unknown reason that song is moved from early in the first act to the second act.

If there was one person who constantly drew my attention, it was Ramin Karimloo who plays Nick Arnstein. This Broadway and London veteran has looks that might remind you of Omar Sharif and a gorgeous voice. They even added in a second song for him that was cut from the film. While it isn’t a great song, it does let us enjoy his voice.

In the end, the Jule Styne (composer) and Bob Merrill (lyrics) score shines through despite everything.