Lightweight Musical by Team that Created Next to Normal 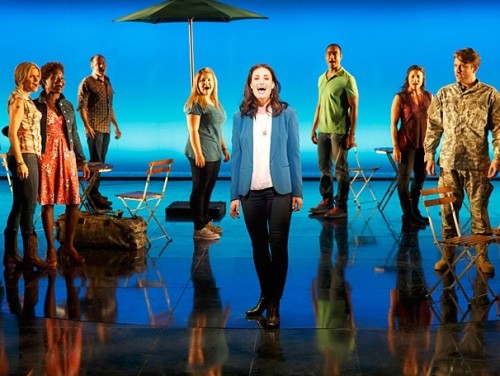 The brightly lit Madison Park is way too clean for New York City. 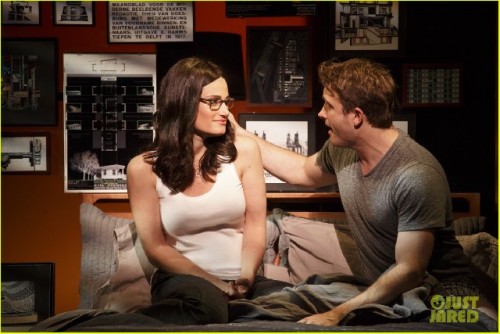 After twists and turns Bet/Liz and Josh connect. 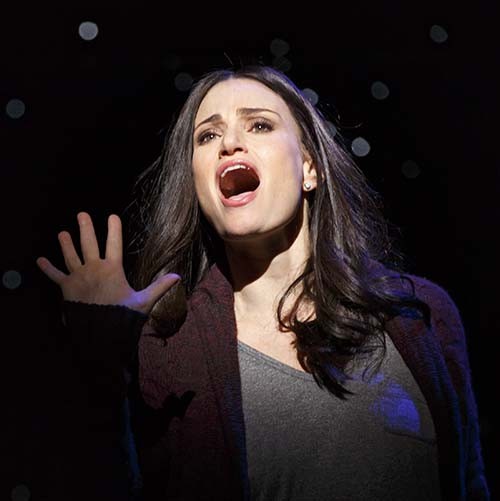 The show stopping Menzel flat out. 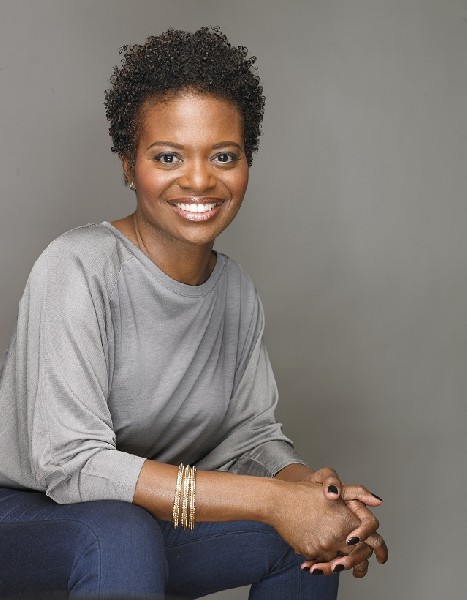 LaChanze was sensational in a supporting role as a lesbian kindergarten teacher.,

Following graduate school in urban planning Elizabeth (Idina Menzel) married and followed her classmate to Phoenix where he was offered a job. She taught at the college level but did not practice her profession.

There are jokes about Phoenix as the death valley of creativity.

Newly divorced she is back in New York, Madison Square Park actually, to pick up the threads of her life and career.

In “If /Then” written by Tom Kitt and Brian Yorkey, with direction by Michael Greif, the team that produced the smash “Next to Normal,” this disappointingly thin pastiche, a vehicle for the incredible Ms. Menzel, has all the depth of a Harlequin, romance novel.

No, make that two romance novels.

The trope is that it splits the leading lady into two separate but equal personas Beth and Liz. One wears glasses the other doesn’t which allows us to bookmark our place threading through the zig zagging plot lines.

There is a lot of legerdemain for the audience to sort out. What’s really happening and is the alternative also credible?

In the park she connects with with old friends. One is Kate a perky, lesbian, African American, cute as a button, kindergarten teacher. As played by LaChanze she more than holds her own with the mega talented Menzel. The other pal, Lucas (Anthony Rapp) is a gay political activist. He reminds her of her radical student days and wants to enlist her in protests against, what else, urban redevelopment. He is a bleeding heart for all those soon to be disrupted people and neighborhoods.

She is offered a job as a city planner by Stephen (Jerry Dixon) who recalls her as a brilliant fellow student. He recruits her to come over to the dark side and work for the city. Through the success of their work together he keeps getting promoted while she steps into his former jobs. True to her idealism she fights for low income housing and public spaces in her projects.

In the park she encounters Josh (James Snyder) a surgeon in fatigues back from another tour of duty. He has an awkward, gosh shucks I’m from Nebraska, pickup line. Then she runs into him again. And yet again. Three’s a charm. They hook up and have babies.

Or is it by her friend Lucas? In a moment of loneliness and desperation they have a one nighter as fuck buddies. Doesn’t that remind you of Elaine and Jerry in Seinfeld?

Of course that leads to complications which in this oh so slim musical passes for a plot.

Snyder as the leading man is underwhelming. Yeah, he’s a surgeon, but a lightweight stacked up with her staggering presence. Their love scenes lack duende.

It seems he signed on to a military career in order to pay for medical school. That comes with obligations including another tour of duty. She has a compelling song of I love you/ I hate you. Shortly later he’s killed. Didn’t we see that coming?

Which leads to an eruption of grieving in the show stopping highlight of the evening. She is set solo against a backdrop of stars. It’s full bore Menzel and worth every cent of a Broadway ticket.

But what if he really didn’t die?

The show should have ended on that emotional high.

Instead we are back in Madison Park replicating the beginning/ end. Just as stated in the first scene we have come full circle.

Perhaps out of some sense of closure by the creators of this contrived musical.

To be fair the show has its moments particularly moments with LaChanze. We much enjoyed the scenes with her wife/ lover Anne as performed by the very satisfactory Jenn Collela. They have their problems, Anne has cheated, but the playwrights make their case for the bonds of marriage.

Overall the music- “What If?,” “You Never Know,” “It’s a Sign,” “Surprise,” “Some Other Me” and “What Would You Do?”- is accessible and popish. None, however, are likely to enter the canon of the Great American Songbook.

Truly Menzel is one of the greatest treasures of her generation of Broadway stars. She deserves a stronger vehicle than the too iffy “If/Then.”