Vermeer's Girl with a Pearl Earring in Atlanta 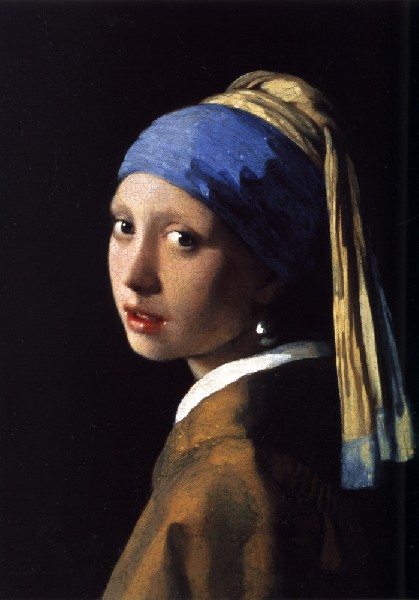 The Girl with a Pearl Earring is on view in the U.S. for the first time in fifteen years. 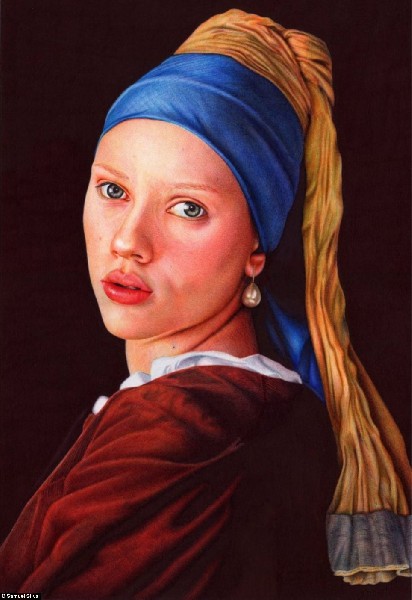 As portrayed by Scarlett Johansson.

The High Museum of Art in collaboration with the Mauritshuis, The Hague, will present a major exhibition of Dutch masterworks in 2013, including Johannes Vermeer’s iconic “Girl with a Pearl Earring,” which has not been on view in the U.S. for more than 15 years and has never been seen in the Southeast.

Drawn from the Mauritshuis’s  collection, “Girl with a Pearl Earring: Dutch Paintings from the Mauritshuis” will highlight the artistic genius of Dutch Golden Age painters, including Vermeer, Rembrandt van Rijn, Frans Hals and Jan Steen, through the presentation of 35 exceptional paintings. Opening in Atlanta on June 23, 2013, the exhibition will remain on view through Sept. 29, 2013.

“For a selection of works from this renowned collection to be shown in the Southeast is a rare and extraordinary opportunity,” said Michael E. Shapiro, Nancy and Holcombe T. Green, Jr., director of the High. “Paintings of this caliber are underrepresented in this part of the country and this exhibition will create an opportunity for our community to study and admire these works of art that rarely travel outside of Europe.”

“We are delighted to have three excellent museums as partners for our U.S. tour,” said Emilie Gordenker, director of the Mauritshuis. “This collaboration allows us to present our collection on both the West and East Coasts of the United States, in large as well as more intimate venues.”

Key paintings featured in the exhibition include:

Exhibition Organization and Tour
“Girl with a Pearl Earring: Dutch Paintings from the Mauritshuis” is organized by the Royal Picture Gallery Mauritshuis, The Hague, and premiered at the de Young Fine Arts Museums of San Francisco (Jan. 26, 2013–June 2, 2013). The exhibition travels to the High Museum of Art, Atlanta (June 23, 2013–Sept. 29, 2013), and a condensed version will be on view at The Frick Collection, New York (October 22, 2013–Jan. 19, 2014). Before traveling to the U.S., the majority of the works travelled to Japan, where they were exhibited first at the Tokyo Metropolitan Art Museum and then at the Kobe City Museum, both in 2012. The exhibition is accompanied by a full-color catalogue.

Exhibition Support
Generous support for this exhibition is provided by the Sara Giles Moore Foundation, Sharon and Chip Shirley, The Friends of the Girl with a Pearl Earring, the Alfred and Adele Davis Exhibition Endowment Fund, and an indemnity from the Federal Council on the Arts and the Humanities.

About The Royal Picture Gallery Mauritshuis
Housed in a magnificent 17th-century city palace, the museum is celebrated for its masterpieces from the Dutch and Flemish Golden Age, including paintings by Vermeer, Rembrandt, Steen, Hals and Rubens. The works on permanent display provide a magnificent panorama of Dutch and Flemish art from the 15th through 17th centuries, from Flemish primitives to sunlit landscapes; from biblical characters to meticulous still lifes; from calm interiors to humorous genre scenes. The core holdings of the Mauritshuis were acquired by Stadholder William V, Prince of Orange-Nassau (1748–1806), whose son, King William I (1772–1843), presented them to the Dutch nation in 1816. Consisting of nearly 300 paintings in 1822, the holdings of the Mauritshuis have grown to approximately 800 such works today.

High Museum of Art
Founded in 1905 as the Atlanta Art Association, the High is the leading art museum in the southeastern U.S. With more than 13,000 works of art in its permanent collection, the High Museum of Art has an extensive anthology of 19th- and 20th-century American and decorative art; significant holdings of European paintings; a growing collection of African American art; and burgeoning collections of modern and contemporary art, photography and African art. The High is also dedicated to supporting and collecting works by Southern artists and is distinguished as the first major museum in North America to have a curatorial department specifically devoted to the field of folk and self-taught art. The High’s media arts department produces acclaimed annual film series and festivals of foreign, independent and classic cinema. In November 2005 the High opened three new buildings by architect Renzo Piano that more than doubled the Museum’s size, creating a vibrant “village for the arts” at the Woodruff Arts Center in midtown Atlanta. For more information about the High, visit high.org.