Carrie, The Musical Rages At SpeakEasy 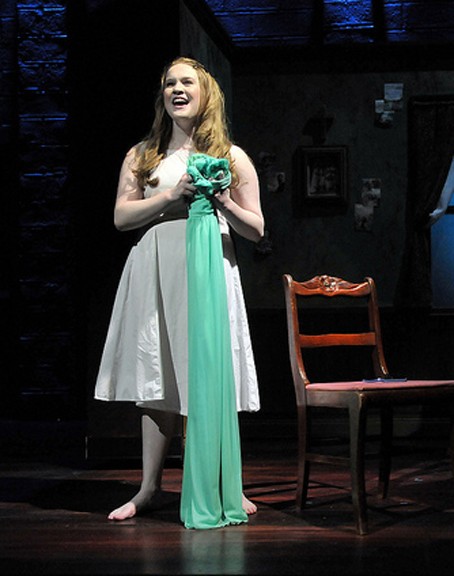 Carrie Celebrating Being Invited to the Prom 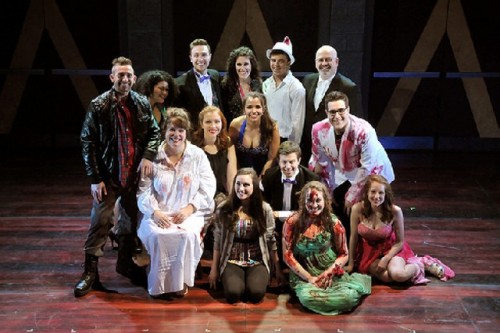 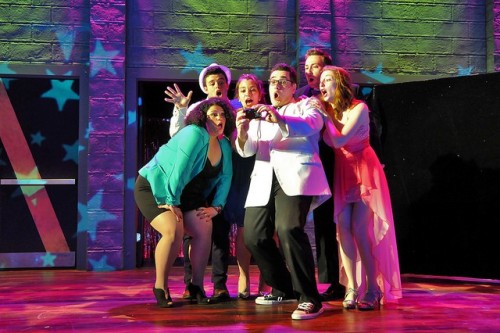 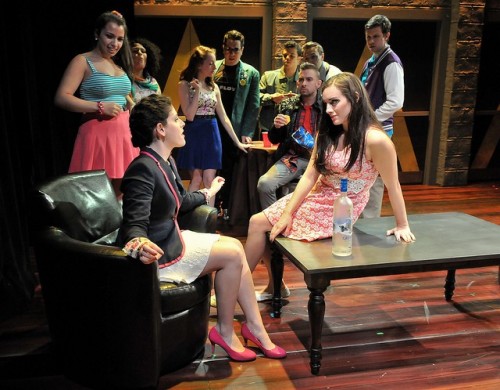 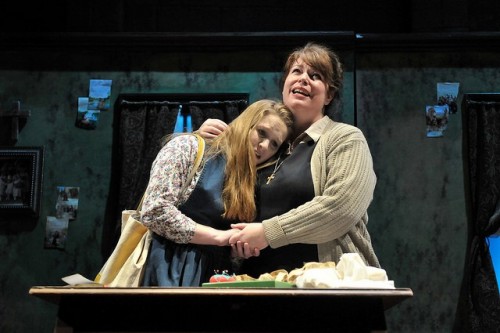 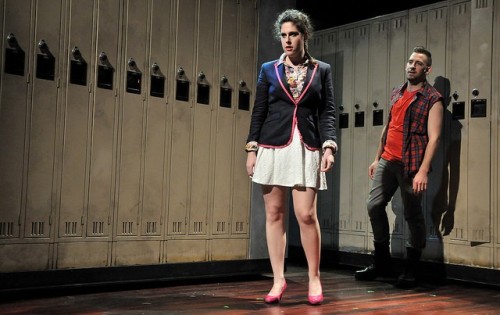 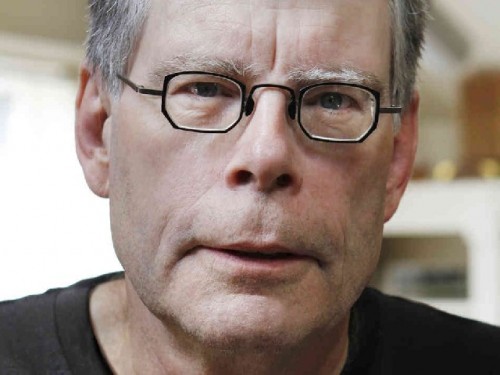 Approximate Running Time is 2 hours with one intermission

We have all seen or even known a "Carrie White" while we were in school.

We all remember someone like her in high school. Seeming to have no friends and not much scholastic talent, Carrie White is the mousey girl that is mostly ignored but sometimes bullied in the corner of the high school classroom or in the halls between classes.

If we were at all sensitive, rather than hormonally overly enriched or unbalanced, we would have been kind or at least empathetic to her adolescent suffering. Let's face it, being a teenager is often not very cool. But for the grace of God, deep down we wrestle with the notion that we could have been somewhat like her ourselves. She is a person that we should pity or at least try to help.

But most teenagers are at best only indifferent or at the worst just mean to someone that they consider not cool or just "different."

The premise of the story of Carrie White is the personification of what can happen if mean girls (and boys) go too far.

Carrie had its beginnings as Gothic horror novelist Stephen King's first and breakout novel. It was published on April 5, 1974 and set in the future year of 1979. Revolving around the painfully shy and obsessively sheltered (thanks to a religious nutbag mother) high school girl, Carrie White, who uses her newly discovered telekinetic powers to revenge those who tease and bully her.

Ultimately, she causes one of the worst school disasters in American history. Carrie eventually destroyed the fictional town of Chamberlain, Maine exacting revenge on her cruel, pitiless classmates.

Several dramatic adaptations of Carrie have been released, including a then quite shocking 1976 feature film directed by Brian DePalma staring a very young Sissy Spacek, a failed 1998 Broadway musical, a 1999 film sequel, a 2002 television movie and a 2013 feature film remake. It is a universal horror story that shocked in novel form and then in its first film adaption. The various re-dos have never resonated very much.

This SpeakEasy production updates the story to 2014. Text-messaging, pot smoking, selfies and talking back to faculty and administrative staff are normal high school operating procedures. There is even a gay student thrown in for good measure. But the storyline is basically the same as the 70s Carrie, a very human Gothically inscribed tragedy.

But this show is more operatic tragedy than musical horror story. It is not another  Rocky Horror Picture Show played for laughs and campy creepiness, but rather a true sense of the recognition of human suffering that in the end evokes catharsis for the audience.

Unfortunately, after nearly 40 years, Carrie, The Musical walks the line between pathos and caricature, compelling and overwhelming. And that is the dilemma with this SpeakEasy production. It is also the artistic challenge of the director, the performers and the creative crew. In most cases they solved these apparent contradictions in brilliantly creative ways.

First, the entire ensemble is extremely talented. Through song, movement and spoken dialogue the performances are all very strong. Of particular note is Kerry A. Dowling, who extraordinarily plays Carrie’s mother, a painfully and mentally troubled religious fanatic. She sings like an operatic diva and brilliantly brings virtuoso quality to a truly unlikable character. She is worth the price of admission by herself.

Performing with emotion and depth, Sarah Drake is spot-on as the consciously troubled Sue Snell, while Elizabeth Erardi's Carrie White demonstrates the internal and external struggle of the very closed down, lonely teenage mouse with telekinetic powers. However, at times Erardi seems to play down her musical chops and gets a bit overwhelmed by other voices. But, perhaps that was only the night that I saw the show?

The stagecraft is simply wonderful. Minimal, yet complex, the set swings back and forth between a generic high school environment and Chris' living room to Carrie White's house of horrors. The sets designed by Eric Levenson smoothly morphed from one location to another. Seaghan McKay's projections designs were at once evocative and moody, visually connecting the narrative. The staging was underscored by Jeff Adelberg's sensitive lighting design. The telekinetic elements were craftily created by Kat Nakaji.

Carrie, The Musical is a show about many relevant contemporary issues set in a Gothic framework. Bullying, religious extremism and even school murders are all unfortunately in the news today. Stephen King saw these social problems clearly nearly 40 years ago. He added a bit of telekinetic magic to help resolve them.

This Carrie is an entertaining yet dark musical. In many ways, the plotlines are as contemporary as today's headlines. Incorporating moments of revelatory brilliance and some incredible individual performances, its edginess makes it a theatrical event that should be seen, pondered and discussed.