Giulio Cesare a Triumph at the Met Opera 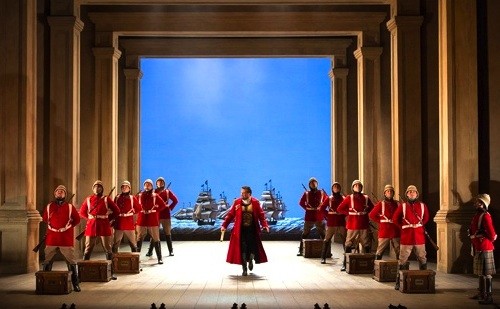 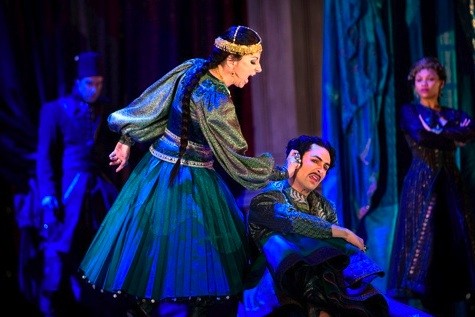 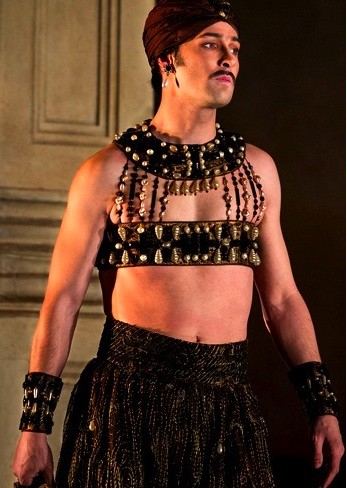 A brother for the ages. 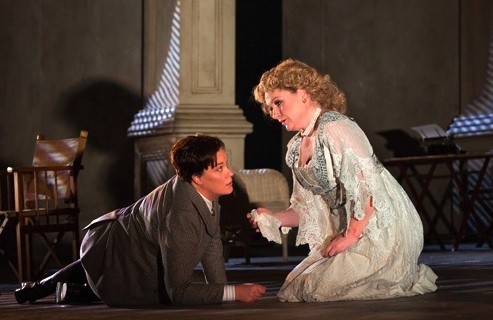 One of the great duets in opera, sung by two mezzos the incomparable Patricia Baron and Alice Coote. 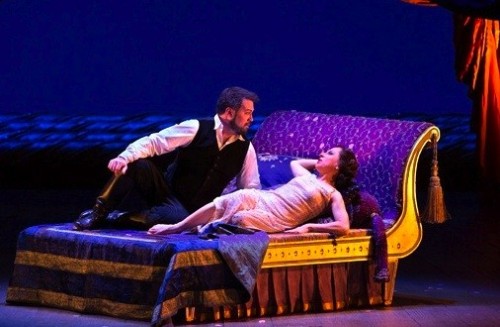 Handel took eight months to compose Giuilo Cesare, an unusually long time for him.  Rinaldo was composed in two weeks.  Harry Bicket, conducting with his hands, sometimes on a harpsichord which held his score, brought forward all the delights of this superb score.

David McVicar stage directed the 2006 production in Glynbourne which has transferred to the Met.   Robert Jones is credited with the spare set, columns receding into a mechanical sea.  This reduces the size of the Met stage and makes the opera intimate, which suits the larger than life figures caught in a domestic drama.

While the gestures and movements in some of the productions at the Met which are shown also in HD suffer from the more refined and smaller requirements of a camera, everything about this camp Giulio Cesere translated well.

Suddenly the house made sense. With a production that got great reviews, and on a Friday night, the theater was half full. Even though lots of paper had been scattered around. For the singers and potential new audience, papering the house to capacity would help.

McVicar has transposed the time of the setting to imperial Britain, but Bollywood is probably a closer analogy. The production is lively and amusing, but because Handel wove his drama masterfully, revealing Cleopatra’s deep passion as she ensnares herself in her own love trap, the passionate side of her story goes missing. Except, that is, in her gorgeous prayer which is more about concern for Caeser than love.

At its final performance for this season, the cast was superb.  Handel had written for four Roman and four Egyptian leads. Natalie Dessay was in top form as Cleopatra. Her first of eight arias displayed agility in the coloratura and a beautifully even line. Her voice is pure and has a translucent quality, even as she teases her brother in the opening aria and then flirts with the great Caeser. Cleopatra is sensual when she succumbs.

Dessay is a first rate interpreter and uses vocal gymnastics with impeccable style.  A show stealer, she always plays well with others.  She has ravishing vocal lines, with the high notes cleanly sung.  Her ornamentation, both trills and staccato notes, were stunning.  She navigates the most challenging passages with seeming ease, floating and caressing the phrases.  Wonderful resonance, exquisite clarity of pitch and timbre unabashed, abounded with glorious, unfettered musicianship. Shimmering.  Soft-textured when it was called for. Her singing never moves straight forward. She avoids the obvious and treats words as if they were paint.

David Daniels took on Caesar and was best in numbers that made their demands slowly. His impish collaboration with the Met orchestra’s first violin, David Chan, was delicious.

The two other counter tenors were splendid, Christophe Dumaux as Cleopatra’s brother and Rachid Ben Abdesiam as her companion, sang feyly, yet in a mellow, rich voice.

Patricia Bardon was superb as the grieving wife of the beheaded Pompey.  Her voice has a dark, velvety richness and contrasts beautifully with her son sung by Alice Coote in the trouser role. Coote astonishes in her aria full of florid runs and vigorous attacks. Together, their duet was a highlight of the evening, and a delicious mix of contrasting. mezzo voices.

The evenness of the cast performances and the pure pleasure of the production and Bicket's conducting gave us opera as it should be --  via Glynbourne, of course.