Igor Levit and the NYPhil at Carnegie Hall 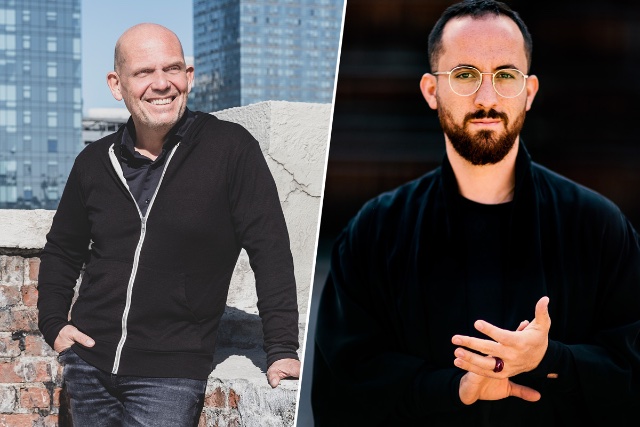 The New York Philharmonic returned to Carnegie  Hall, its home until 1962, for a splendid concert. Both works performed reference death.  Brahms had been close to Robert Schumann, who died during the composition of the composer’s 1st piano concerto.  Bartok himself was deathly ill when he wrote the Concerto for Orchestra at a Saranac Lake health resort. Touching phrases full of feeling fill the Brahms. Bartok is exuberant, defying his fate in his celebration of the symphonic form.

Igor Levit, the Twitter phenom during Covid, proved himself one of the new ears of music. He hears in a very special way. Leonard Bernstein once had to tell the New York Phil’s audience that he and solo pianist Glenn Gould  had irreconcilable differences yet were about to perform to Gould’s preference. This announcement took place on the Carnegie stage and the piece was the Brahms. Jaap van Zweden was about to conduct,

There were no sudden announcements for this performance. The speed with which the work was performed was not unlike the one Bernstein had objected to. It in fact became standard after the Gould performance.

Levit makes his contribution in the revelation of detail. Many small phrases are shaped to their arc, often emerging from near silence and slowing down, hesitating toward the conclusion. Levit judiciously holds back, teasing the audience who eagerly await the next note. Rubatos are a fixture in even small phrases. Not only are we wishing for more, we also attend more closely.  It is a new auditory experience, which engages us phrase by phrase.

Levit uses dynamics to capture rushes up and down the keyboard. Rip roaring splashes at the top of the keyboard trill like a mountain stream. His masterful successive octaves in the Adagio suggest a chorale. Poignant phrases sing. Levit is full of surprises and new insights.

Van Zweden kept the orchestra in dialogue and also unison, yet you felt that the pianist was leading, as he set off blocks of music and commented on them. Levit's new ears led old hands.

Bernstein liked a tussle between pianist and orchestra in concertos. Sometimes one wishes for it. Here what came out was the shape of phrases, the extremes of dynamics, and the conversation, rather smooth between piano and orchestra.

As an encore Levit performed the Bach-Busoni Nun komm der Heiden Heiland. The message–we are waiting for a savior–was clear in the majestic octaves mixed with lovely small phrases and decorations  Vladimir Horowitz made this a signature selection. It reflects the spirit of Brahms.

Bela Bartok’s Concerto for Orchestra is an audience pleaser.  The NY Phil showed us why. The work is a palindrome. The core slow middle movement is surrounded by two scherzos. They are embraced  by two larger movements.

An advertisement for the pleasures of symphonic music, each section is given a opportunity to shine in a the fugue which is embedded in the final development.  The conclusion is rabble-rousing.

Carnegie Hall is first and foremost about the music. They have done a remarkable job programming for the present. When the New York Phil signed on to be part of Lincoln Center, Leo L.Beranek was hired to create their acoustical space. For six years he traveled the world gleaning information about premier concert halls. The new concert hall was to seat 2200, a sweet spot for such venues.

The New York Herald Tribune launched a campaign to increase the seating capacity to Carnegie’s 2807.  Without consulting Beranek, Lincoln Center caved to the press. Seating was increased in the new Philharmonic Hall by 600 seats by adding the notorious third balcony.  Beranek warned that the acoustics would be ruined. They were.  Until this very moment, the orchestra has lived with the unfortunate acoustical consequences.

In October, the latest renovation will be complete. Akustiks, a highly regarded American firm, has spent years planning for a new sound. We will hear it as the orchestra opens with HOME.  In the meanwhile, their former Carnegie  home stands as one of the great acoustical and musical venues of the world.