The Sound of Music at the Lyric Opera

The Hills Are Alive in Chicago 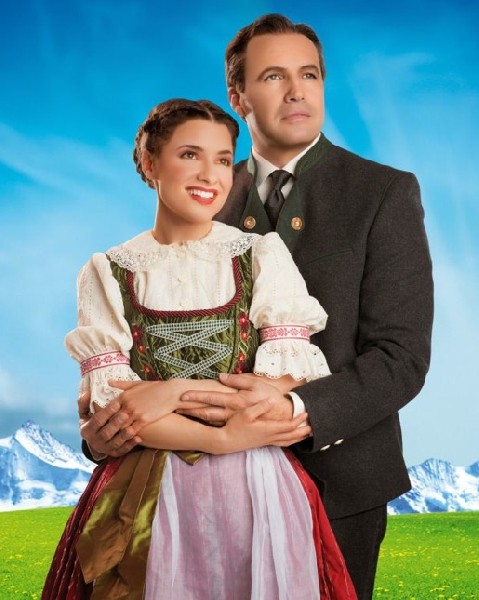 Maria and the Captain. Happily Ever After. 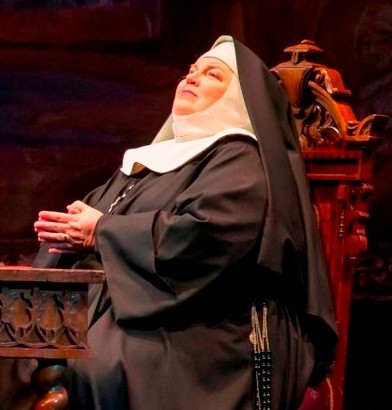 The great soprano Christine Brewer is doing nuns this year. 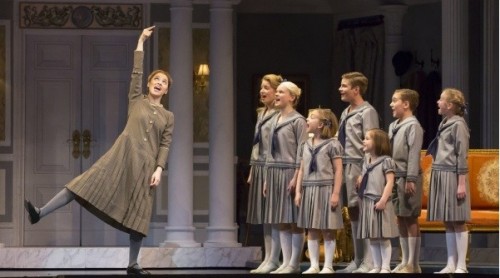 Teaching the joy of music. 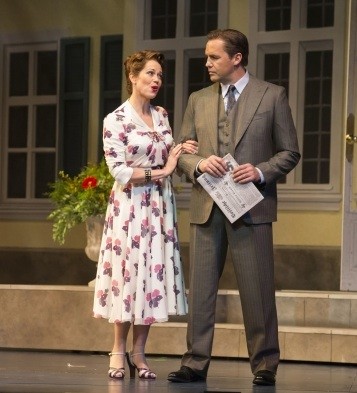 Elizabeth Futral, sensational as Elsa. She gives up Billy Zane for Hitler. 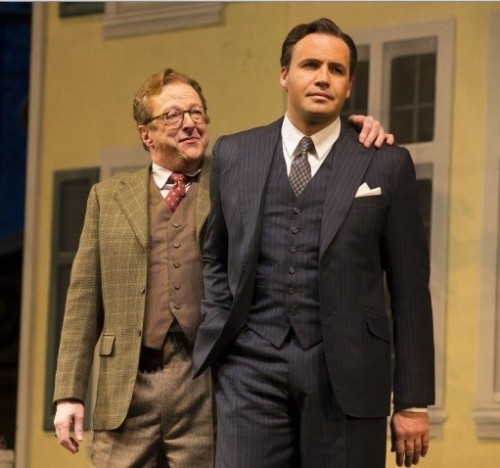 Edward Hibbert succeeds wonderfully as Max, but he does not persuade the Captain to say "Heil."

The Sound of Music, the last collaboration of Richard Rodgers and Oscar Hammerstein, is playing at the Lyric Opera through May 25.

Opera companies are spreading their wings wide to embrace classics of the musical theatre in addition to classical opera. If these productions are well done, with a tip of the hat to opera, new audiences can be drawn into opera houses.  The hope is that they will come more often for equally exciting fare where music is more complex, and more demands made on the singers.

Anthony Freud, the passionate and knowledgeable general manager of the Lyric Opera in Chicago, is doing this with great success.

The Sound of Music has been a staple of musical theatre since its first performance in 1959. While the music seems tame compared to South Pacific and Carousel, its songs stick with you. As a matter of fact with the title song and "Do-Re-Mi" "My Favorite Things" "Climb Every Mountain" "So long, Farewell" and "Edelweiss" The Sound of Music has more hit songs than any other musical.  Johnny Coltrane's "My Favorite Things" has 900,000 hits on Youtube.

Rob Fisher, the premier conductor of musical music, is in the pit at the Lyric.  He brings out a brisk, bright and moving performance.

Billy Zane and Jenn Gambatese are the Captain and Maria. Zane is a favorite in his native town. Ramrod straight and controlling his seven children with a whistle at the start, he loosens up, bewitched by the children’s new governess.  It doesn't hurt that he is a Marlon Brando look alike.

Jenn Gambatese is the sprightly nun who is trying to see if she can survive in the world without wimple. She delights as she uses her magic weapon, music, to bring joy back into the household of the recent widower.

As the Captain and Maria dance the Laendler, we fall as much for them as they do for each other.   The story with nuns, children, romance can tend to sugary, but director Marc Bruni kept it witty and touching. In a recent production of South Pacific, race was clearly the subject of the piece.  Could the rise of Hitler and the 'anschluss' have been more present in this production?  Perhaps.

What might be called the 'luxury' casting of the Mother Superior and Elsa works wonderfully well. The great soprano Christine Brewer fell out at the Metropolitan Opera in the regime of Gelb.  She is talent you can’t get enough of.

Today you have to 'get thee to a nunnery' to hear Brewer.  When her Mother Abbess starts to sing, you are ready to put on the wimple no matter what the cost. Brewer sings Dialogue of the Carmelites in St. Louis in June.

Futral as Elsa is also a treat.  An opera-light musical cross-over artist, her Elsa was as close to camp as the role can be, and gave it an edgy pleasure.

Anthony Freud has shown that if you anchor less experienced talent under good direction with one or two consummate professionals, you can produce operas and musicals that work. With Brewer and Futral he centered this piece and it flew.

The subject of this musical is music. Liturgical music is woven through the score. The daily ritual of the nuns and the marriage of Maria and the Captain are embedded in liturgy. Subtly suggested is what Riccardo Muti always discusses, the importance of music in our lives. Its capacity to elevate and to soothe. In this story, it hurtles a small family troop offstage and into a successful escape as the Nazis take over Austria.

Peter Gelb in a recent interview complained that “opera is a dinosaur of an art form.” This is such a patently silly statement. Opera is stories. When they are told well on stage, audiences flock to see them. The Lyric’s recent productions prove this. The Lyric is also the one opera company in the nation that operates in the black. One and one can make more than two if you have a general manager who knows what he is doing.

The opera house was packed for The Sound of Music. The audience looked young and not as staid as the regular season’s patrons.  Will a different audience transfer to opera? Will they take a chance after they are engaged so thoroughly? You bet. The Lyric’s attendance record proves this.

The Sound of Music is wonderful theatrical fare.