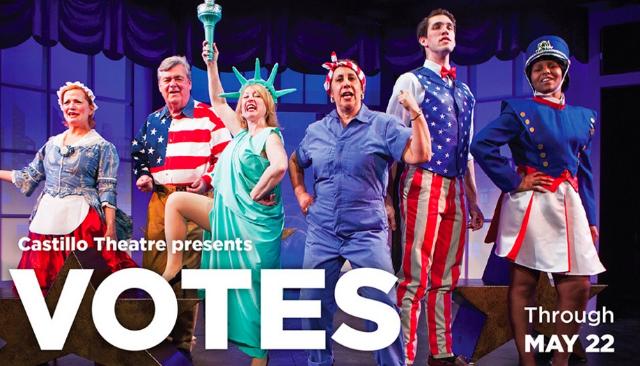 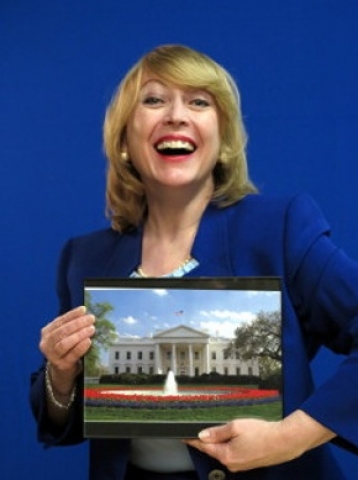 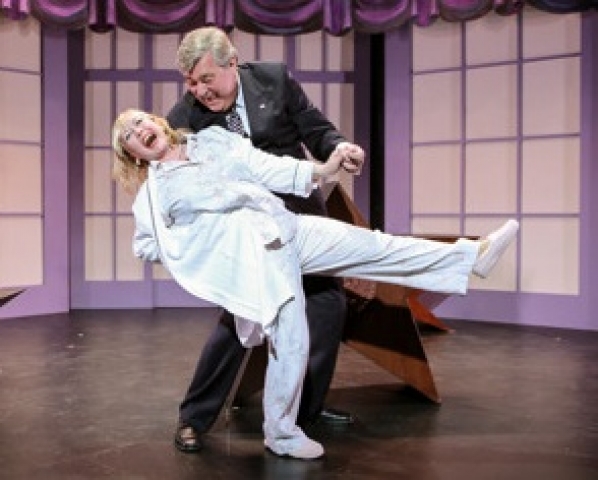 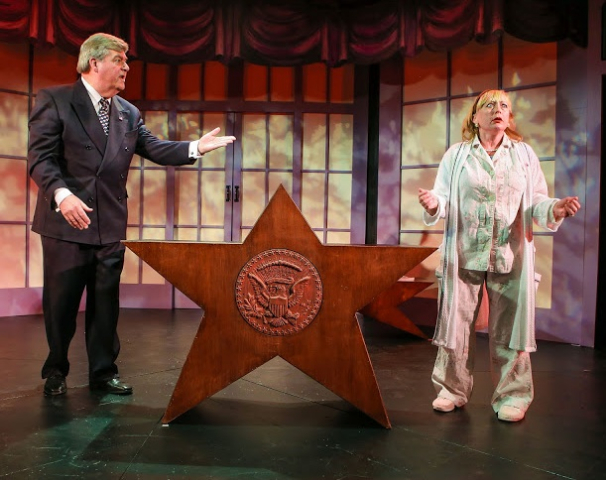 Votes the Musical is running at the Castillo Theatre in New York through May 22nd.  A terrific cast and winsome production deliver an entertaining evening. The subject matter is more than timely. It is of the moment. Featured characters Melanie and William Jefferson are clearly modeled on the Clintons. Who the Clintons are and how they relate to each other are important questions to ask in the 2016 election season. Particularly since Mrs. Clinton is favored to win the Democratic nomination. When Bill was sidelined in 2008, Mrs. Clinton lost. Now he is front and forward again, looking bemused and hen-pecked, but none the less out on the campaign trail.

Is Hillary like Argentina's  Eva Peron or Cristina Kirchner of Brazil, where a wife succeeded a husband as President and perpetuated deep corruption?

No outsider can know what goes on between partners in an intimate relationship.  Guessing in the case of couples who would ascend to a country’s top position, however,  is relevant.

Votes suggests that the Clintons were children of the sixties who really cared about issues long ago.   The demands of gaining political power got focused on votes and making deals with the powerful.

What makes Votes both entertaining and horrifying, is the power game the couple sings. They decide to play the ‘smart’ card.   They are smarter than everyone else. So they will play the game better. And they do.   They inhabit the Oval Office, where Bill ends Glass Steagall, pardons convicted financier Marc Rich after bedding his ex-wife and receiving antiques for their future Chappaqua home. The home will be paid for by the future head of the Democratic National Committee and current governor of Virginia. The Clintons have become the establishment machine and it is suggested that even their daughter’s pregnancies may be planned to coincide with political campaigns.

These elements are the subtext as we watch William and Melanie sing their way through presidencies because for them all of this is musical comedy. Jacqueline S. Salit has taken a 1999 play by Fred Newman and updated it do include election night 2016 where the play starts.

Melanie is in a hotel room with an old friend. Lisa Wright-Matthews plays an unfamiliar Melanie, strutting her stuff and on top of her smarts, displaying wit and bisexual lust. In the play, the Clintons agree to an open relationship early on.  Wright-Matthews is a terrific actress, and one wishes the model for her character had more of her qualities. What we’ll never find is the beautiful singing voice (Mrs. Clinton is tone deaf) and poetry in her soul (Mrs. Clinton clunks). Debbie Buchsbaum as friend Vivian plays a character who combines Melanne Verveer and Huma Abedin. They have a cozy relationship which is perhaps sexual.

Joe Klein, the reporter who wrote Primary Colors, spent time with the Clintons during the 1992 campaign.  He described their bond. After a loud fight in a motel room, Bill took Hillary’s face in his hands and kissed and kissed her cheeks.   “What would I do without you?”

Votes states clearly that the Jeffersons have stayed together because they agreed to an open relationship. This deepens our understanding.  Yes, Hillary has stayed to advance her political career. Silda Wall Spitzer left Elliot as soon as she found out he wrote big checks to call girls. Outside sex, arguably, was part of the Clinton deal. This provides a more complete explanation than simply sticking to someone in order to advance your ambition.

Votes proposes deep feeling and complicity. Starting out as a cracker hippy, Wayne Miller’s William combines authority with ‘cracker’ as he sings “They Don’t Inhale at Yale.”   Illegal real estate deals, insider driven success in the commodities market, and the current FBI email investigation inform “Melanie, Felony” as a duet.

“The Rules of the Game” is the opening song and is reprised in the second act, which begins and ends with the title song “Votes.”

Bryan Austermann as the cute male intern who delivers pizza with sausage on top, plays his role straight. We do not witness a reprise of Monica, although it is in the air.   Tori Ogunsanya as a White House intern suggests his female equivalent.

At the end of the first Jefferson presidency, a therapist, in an amusing turn by Frances McGarry, tries to help the Jeffersons re-create the fire. The answer is Melanie’s run.

Would that the prospect of another Clinton presidency was as heartening and amusing as this musical.

The surprise conclusion which has the ends justify the means is not going to happen, but is fun to watch as music from West Side Story floats through the theatre.

The stakes in the upcoming election are not as innocent as this evening of terrific theatre.

Post show the actors said they tried to stay away from the Clinton characters, but they can’t. And we do come away with a clearer understanding of a bond one may vote for come November.