It Follows Reboots the Horror Film

Details the Nightmare of Adolescence 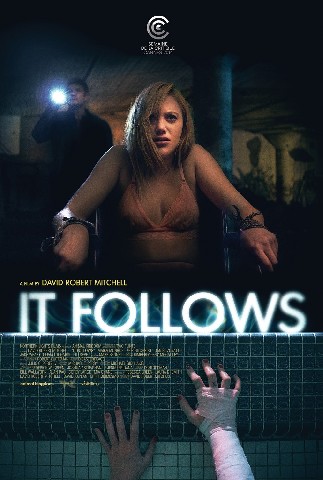 The advertising for this film was extremely well-designed, reflecting the artistry of the film itself. Photo from avoir-alire.com 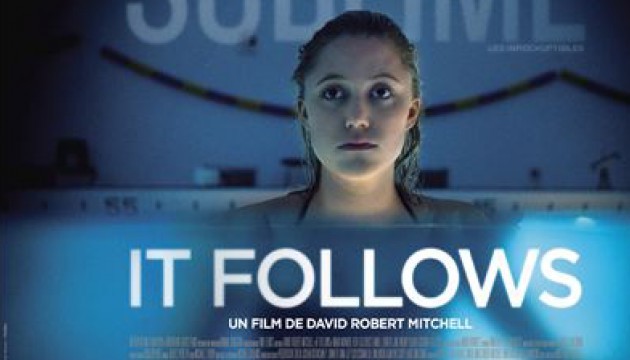 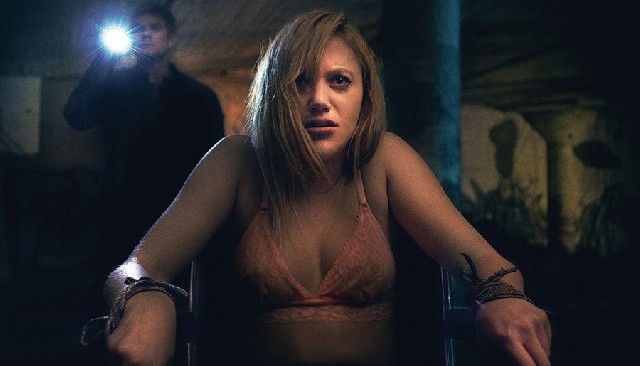 Jay Height (Maika Monroe) is in terror as she is introduced to the entity. 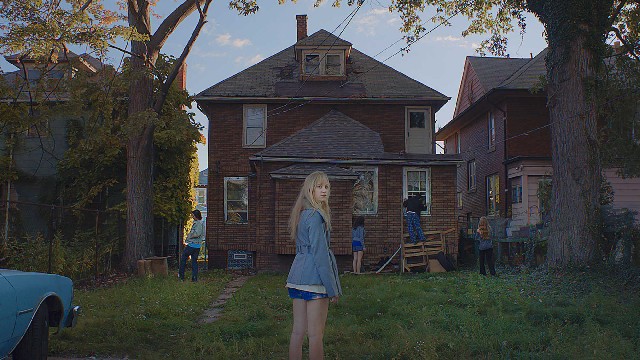 A scene where the gang of friends goes to find clues about the entity that at this point only one of them can see. Photo from indierevolver.files.wordpress.com 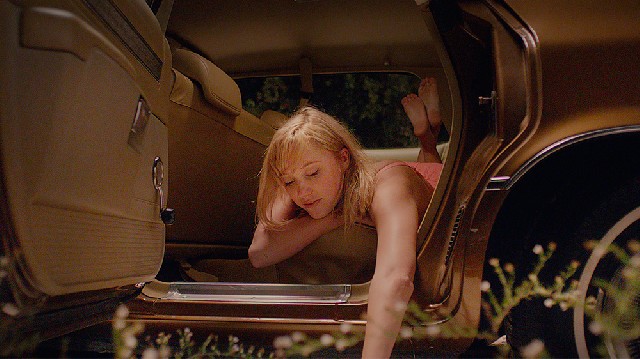 The post-coital scene is not filmed as viewers would expect. Photo from pmcvariety.files.wordpress.com

Horror movies tend to stay with us for longer than we want. Not like the usual emotion-provoking  film where we think about it intensely and with nostalgia, wanting to see it again to remember all the feels that came with it. Horror movies, typically have a different type of feels that manifest themselves in screams, intense heartbeat, jumping, and the general inability to sleep with the lights off because if you don’t keep your eyes at the edge of your bed at every minute, a infant demon with black eyes will show up.

“It Follows” is an entirely different horror film. These kinds of films only come around once with a three-to-five-year break in between. David Robert Mitchell"s film a world that is very distinct, may be best described as a crossover universe of “The Virgin Suicide” and “Silent Hill” (the videogames). Like another quasi-road-movie “Vagabond” (dir. Agnès Varda), “It Follows” presents death and the ending at the beginning. So, we should have nothing to fear since we know that the main character will die in a fleshly (as opposed to infernal or spiritual) way.

We go into the film being able to feel the summer in suburbia. There’s a sense that something sexual is going to happen, like in a lot of horror movies. But in this one, it’s different since one of the two people involved in having sex knows what will happen. Hugh Hannigan (Daniel Zovatto) and Jay Wright (Maika Monroe) have sex in a freakishly yellow car in a parking lot with an abandoned high-rise that looks like it belongs in the disgustingly insensitive “Chernobyl Diaries.” Earlier, Hugh and Jay were playing a game of spotting people in a movie theater and Hugh pointed to a woman in a yellow dress who Jay could not see. Hugh then demanded they leave.

After having sex, Hugh drugs Jay to sleep and she wakes up strapped to a wheel chair. It’s here that Hugh explains that something will start following her. (He thinks he’s gotten rid of it). Once the entity that follows shows up, Hugh wheels Jay out of there and they escape in his car. The entity, which can assume any form, even of someone you know, pursues slowly but persistently.

Having read up on this point, it might not seem evident how good this film is. But the film is a truly innovative one; it’s not necessarily scary in that we jump since we see the entity approaching (most of the time). This film is also one of the few in recent memory to use sound as a tool to evoke emotion so effectively. Every sound in this film is perfect. And so is the musical soundtrack (by Disasterpeace) which evokes the goth bands of the 80s. The use of color, Jay’s ever-red fingernails and the blue of the pool at the end like in Kieslowski’s “Blue”, remind us of the precision of color in giallo films. The way the camera moves around it are similar to the way Theo Angelopoulos will do a 360º around the scene. And places the camera wanders around are always the best chosen (the film is set in Detroit which might be why it makes me think of “The Virgin Suicides” so much).

If there were ten horror films a year at this caliber of filmmaking, I could be happy. But there aren’t. So I’ll treasure this gem. I’m wondering if there will be among viewers a strong disgust that the entity is sexually-transmitted. Some critics have already drawn attention to the possibility of an AIDS allegory but that seems stupid. Horror has been known to take horrible events for source material (the Shoah in “The Unborn” or Chernobyl like in “The Chernobyl Diaries”) but this seems different. It barely focuses on the sexual aspects of the disease, except to explain its transmission. Like with “Silent Hill,” consensual, pleasant sexual encounters, especially in our youth, in the summertime, near a place (Detroit) that is talked about as a dangerous place by parents, form memories. These memories decay and intermingle with our traumas and then all we have for memory is the trauma because that’s all we remember. Memories of teenagehood or tormented and tumultuous. The best horror looks at our memory and decides to remember the worst, to explore it, try to resolve it, and fail at resolving it. Excellent horror is not supernatural; it knows that we won’t be able to get away from those memories and so it follows.